Floyd ‘Money’ Mayweather has accused Conor McGregor of using banned intravenous therapy to help keep him hydrated as he trains for their Las Vegas super-fight but UFC mogul, Dana White, has rubbished those cMayweather’s claim.

The re-hydration method is banned by anti-doping guidelines even if the fluids and medications they contain are not.

Referencing a “strong source”, Mayeather told MMA Fighting: “From what I was told, I do my homework, I’ve been hearing a lot about him getting IV bags.

But speaking to TMZ Sports, UFC chief White insisted there was “nothing true about Mayweather’s claims”.

Mayweather was himself accused of using IV bags in the build-up to his showdown with Manny Pacquiao.

He was granted an exemption from the US Anti-Doping Agency three weeks after his points victory.

But the Nevada State Athletic Commission said the body did not have the right to permit its use.

A USADA statement confirmed that Mayweather had informed them of his intention to use the infusion before he took it.

The American insists his showdown with McGregor will surpass revenues from the Pacquiao fight – even if the T-Moble Arena is not full. 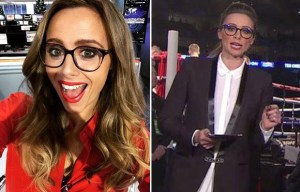 BEAUTY AND THE BEASTS 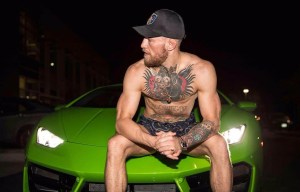 What happens if Conor McGregor does not make the weight for Floyd Mayweather super-fight?

He said: “For those who were talking about me and Conor McGregor doing numbers — we broke the Pacquiao numbers.

“Me and Pacquiao done $72 million I think me and McGregor are now over $72 million.

“Even if it’s not sold out, we broke the record.”