The good news for Rory McIlroy relates to the WGC Match Play format. The bad? A year ago only one player, Dustin Johnson, succumbed to an opening-day defeat and recovered sufficiently to progress to the knockout stage.

McIlroy’s 2&1 humbling by Soren Kjeldsen, the world No68, was no disgrace given the inspired performance of the Dane. The pair would have produced a better ball score of 11 under par through 17 holes, with Kjeldsen minus six on his own. 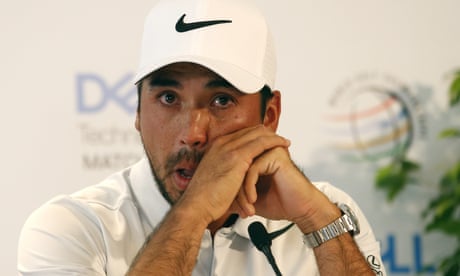 Wider context relates to survival or otherwise in this tournament ; McIlroy must defeat Gary Woodland and Emiliano Grillo in his remaining group matches, hoping it is enough to secure a weekend place. McIlroy could play to the same standard as Wednesday and emerge victorious from both.

In this, his last event before the Masters, three competitive rounds would hardly be a disaster for the world No2. In the WGC’s previous guise, the defeat to Kjeldsen would have been enough to send him home. That broadcasters prefer a round robin format and the guaranteed appearances it ensures should be no surprise.

“I played well,” McIlroy said. “If I had played anyone else I might have won. Soren played great, so I think I have to give him credit.

“He played really well from the first hole.

“His wedge play was very sharp all day. He didn’t really miss putts. He holed everything he should have and just played a really solid round. It’s hard to beat that, especially when the wind is getting up. Six under for 17 holes is really good here.

“Overall I can’t be too disappointed but at the same time when standing on the 14th tee, just having won three holes in a row, I thought I had him going into a tough stretch of the course. He put up three birdies in a row and you can’t do anything about that.”

In a match of engagingly high quality, Kjeldsen seized the initiative by winning the opening hole. McIlroy recovered to be ahead by the 5th tee but Kjeldsen battled back to have an advantage at the turn. 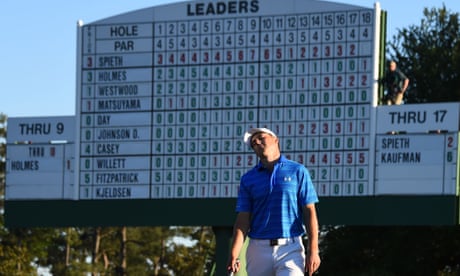 What looked like a key spell followed as McIlroy posted those three birdies in a row from the 11th – at the 12th, he recorded an outrageous drive of 410 yards – but the 41-year-old from Aalborg was not about to be battered into submission. Parity was restored on 14.

Kjeldsen played a wonderful chip to tap‑in range at the 16th to move one up before his tee shot at the short penultimate hole left only 2ft for a birdie. As McIlroy failed to convert his putt from 20ft, an upset courtesy of victory for the second-lowest ranked player in this 64-man field had been confirmed.

“My record in this tournament is awful,” Kjeldsen said.

“I was actually thinking about this driving to the course this morning. Over the years there are not many tournaments where I haven’t got decent records. I think the US Open is probably one and this was one. When I played on match play teams I’ve had good records. I don’t know what it has been with this tournament but I was determined to change it today.

“I think I did a good job of not worrying about what Rory was doing. A few times he hit it about 100 yards past me. I was trying not to look at that too much.”

Not that McIlroy was the only high‑profile casualty on day one.Jordan Spieth was woefully out of sortsin falling to the 38-year-old Japanese player Hideto Tanihara by 4&2.

“If it were just a regular World Golf Championship event, it would have potentially been my worst score of the season,” Spieth said. “It probably would have been.”

Spieth, at a course he knows well from his spell at the University of Texas, did not lead at any point in the match. Later, he tried to provide context.

“I will still be able to breathe and sleep and have my family there and everything if I’m not here on the weekend,” said Spieth, who has introduced a decent line in sarcasm recently. “I’ve got hopefully plenty of opportunities in this tournament going forward.”