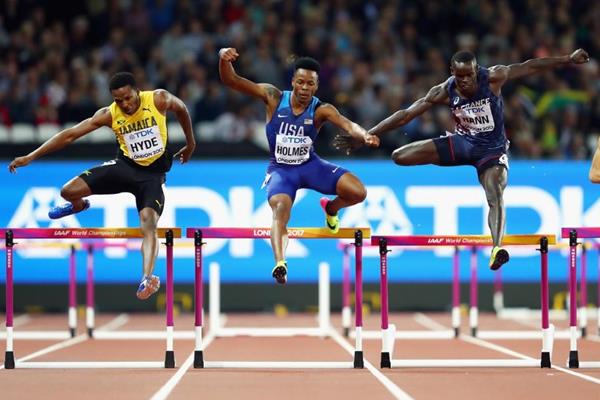 Jamaican flags swirled in triumph for the first time at these IAAF World Championships as, after the disappointment of Usain Bolt failing to complete his individual sprinting career with another global gold, and Olympic 100m champion Elaine Thompson missing a medal in her final, Omar McLeod won the 110m hurdles with faultless aplomb.

The 23-year-old Olympic champion, who is based in the USA and is coached by Edrick Floreal, who also guides the career of women’s 100m hurdles record-holder Kendra Harrison, was full of emotion after finishing in 13.04.

“I dedicate this win to Usain Bolt’s retirement,” he said.

“I really wanted to come here and keep the Jamaica flag high. We lost Usain’s name, but he is still legendary.” 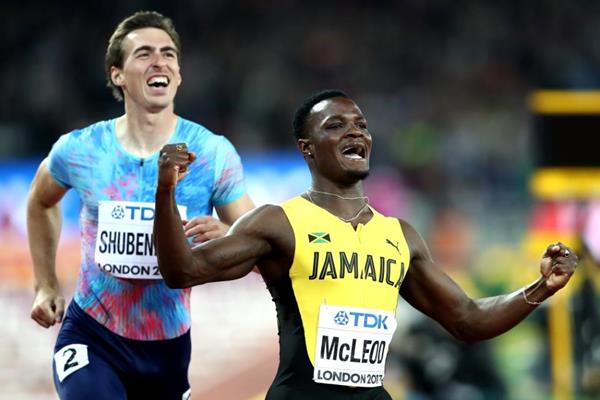 Defending champion Sergey Shubenkov, running under a neutral banner, produced a characteristically gutsy and technically assured run to claim silver in 13.14, ahead of Balazs Baji of Hungary, who clocked 13.28.

Five years after taking Olympic gold here, world record holder Aries Merritt – back to something like his best after having a kidney transplant at the end of 2015 – finished fifth in 13.31.