The Argentine bagged two with Philippe Coutinho, Gerard Pique and Ousmane Dembele all on the scoresheet to secure Barca’s place in the last-eight for the 12th year running.

Barca coach Ernesto Valverde dreaded repeating the fate of arch-enemies Real Madrid, who embarrassingly capitulated at the Bernabeu at the hands of Ajax last week.

But Lyon, who had never beaten Barcelona before, were initially overwhelmed by the walls of Nou Camp – with Tottenham gaffer Mauricio Pochettino among high-profile spectators in the stands.

Barca effectively bamboozled the Ligue 1 outfit by freeing Messi from playmaking and handing the task over to the hyperactive Coutinho.

The visitors suffered a further blow, losing keeper Anthony Lopes to a head injury in the first half, before conceding two early goals – although Lucas Tousart’s second-half volley spooked the Catalan giants.

Messi smoothly dinked the ball from the spot and over the helpless keeper after Jason Denayer recklessly grounded Suarez inside the box early.

Former Celtic striker Moussa Dembele squandered a brilliant chance to penalise the Catalans straight after as he fired the ball out wide, wasting Lyon’s dangerous counter-attack.

And it brutally came back to haunt Bruno Genesio’s men at the half-hour mark as Suarez easily lost Marcal’s marking with a turn only to set Coutinho up for a straightforward tap-in. 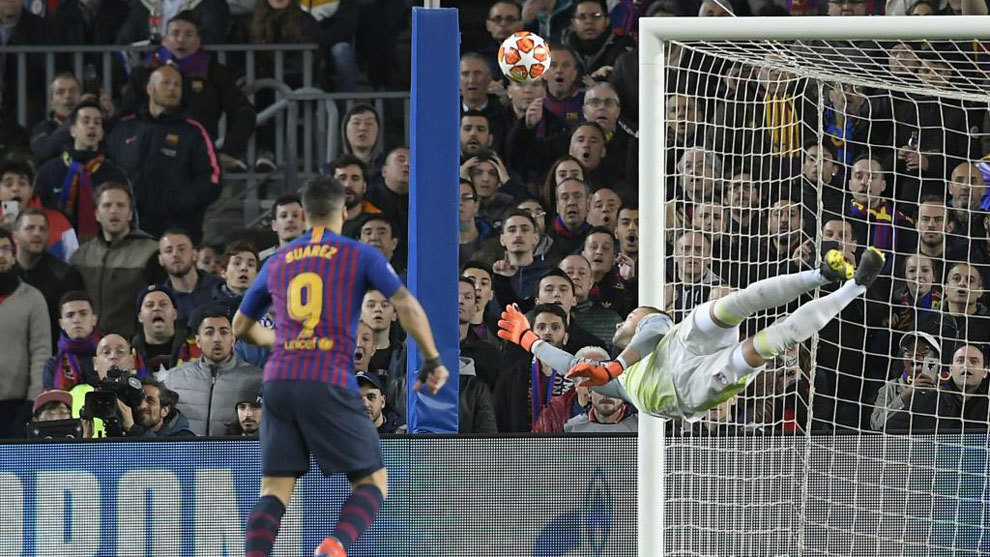 Lyon managed to pull one back courtesy of Tousart, who volleyed the ball in after a scramble in Marc-Andre ter Stegen’s box.

But Messi took matters into his own hands and inspired a flurry of late goals that saw him bag his second, before helping Pique and Ousmane Dembele get on the scoresheet.

The build-up was marred by clashes between Lyon fans and Catalan police in the hours before the game, with Spanish reports claiming five fans were injured and six were arrested.