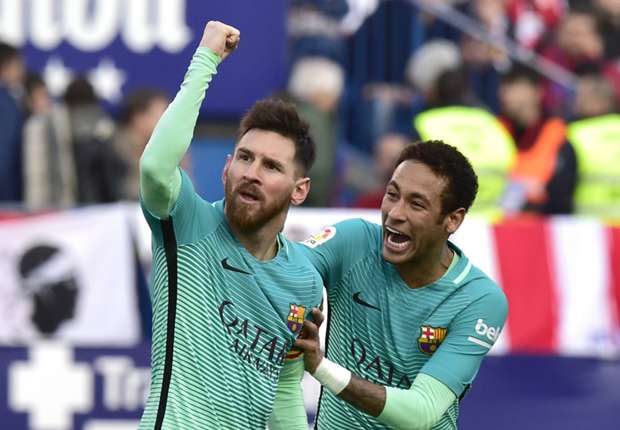 Lionel Messi has won his 400th competitive match as a senior player for Barcelona.

The Argentina star scored the decisive 86th-minute goal to give his side victory against Atletico Madrid at the Vicente Calderon – a result that sends the champions temporarily top of La Liga.

It was the 277th time that Messi has been on the winning side in Spain’s top flight and the 400th time in total.

The 29-year-old, who made his debut against Jose Mourinho’s Porto in 2003, has made 566 appearances for Barca in all competitions.

He has managed 369 appearances in La Liga, 112 in the Champions League, 61 in the Copa del Rey, 15 in the Supercopa de Espana, five at the Club World Cup and four in the UEFA Super Cup.