A Herald Sun cartoon that depicted Serena Williams jumping in the air and “spitting the dummy” after losing a match to Naomi Osaka was not racist, the Press Council has found.

The News Corp cartoon came under global condemnation in September last year for publishing what some saw as a racist, sexist cartoon, below: 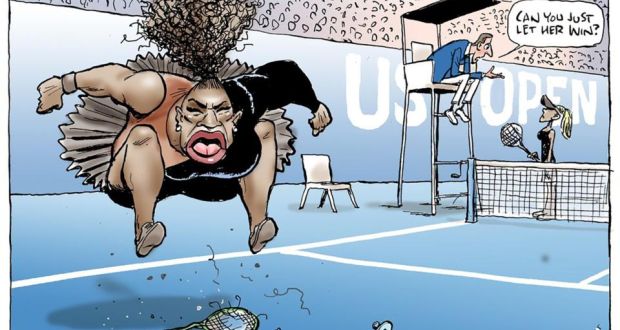 But in an adjudication published in the tabloid on Monday, the Australian Press Council accepted the Herald Sun’s argument that the cartoon was in response to Williams’ “outburst” on the court at the US Open final, and rejected suggestions that the tennis champion was in an ape-like pose.

“[The Herald Sun] said it was depicting the moment when, in a highly animated tantrum, Ms Williams smashed a racquet and loudly abused the chair umpire, calling him a thief, a liar and threatening that he would never umpire her matches again,” the council said.

“It said it wanted to capture the on-court tantrum of Ms Williams using satire, caricature, exaggeration and humour, and the cartoon intended to depict her behaviour as childish by showing her spitting a pacifier out while she jumps up and down.”

The Murdoch press has strongly defended Knight and his cartoon. The executive chairman of News Corp Australia, Michael Miller, said criticism of Knight “shows the world has gone too PC”.

The editor of the Herald Sun, Damon Johnston, has said it had nothing to do with race or gender.

“A champion tennis player had a mega-tantrum on the world stage, and Mark’s cartoon depicted that,” Johnston said last year. “It had nothing to do with gender or race.”

But, locally and internationally, many disagreed. One of the people to criticise the cartoon last year was Bernice King, the chief executive of the King Center and daughter of Martin Luther King Jr, who said the Herald Sun’s stance was “without consideration for the painful historical context of such imagery and how it can support biases and racism today”.

Author JK Rowling said the Knight drawing had reduced “one of the greatest sportswomen alive to racist and sexist tropes”. 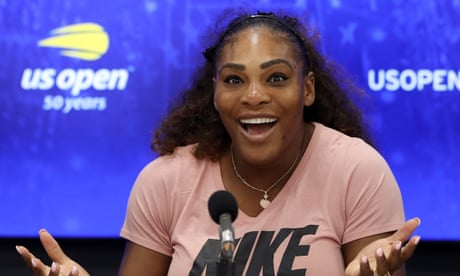 Complainants to the council had said that the depiction was a sexist and racist stereotype of African-Americans, with its large lips, broad flat nose and wild afro-styled ponytail hairstyle.

They said it contrasted with Osaka, a Japanese-Haitian, who was depicted as a white woman with blonde hair and no exaggerated features.

The media watchdog said cartoonists used exaggeration and absurdity to make a point and accepted the paper’s claim that it did not depict Williams as an ape but rather as spitting the dummy, “a non-racist caricature familiar to most Australian readers”.

The Press Council did acknowledge that some readers found the cartoon offensive but ultimately said its standards of not causing offence or prejudice were not breached.