“He can be a great player,” Fran Castano tells Sky Sports, of the Ghanaian young star, Mohammed Salisu.

“He is improving every day and you have to remember that he only played 30 games in Spain. Three years ago he was playing on dirt pitches.”

To Southampton supporters, this is their new £10.9m signing from La Liga – the Ghanaian centre-back labelled ‘the Wall of Valladolid’. But the Spaniard still recalls the shy boy who turned up for one of his first sessions at his African Talent Football Academy without even boots in which to play.

Salisu borrowed a pair from one of the goalkeepers. The rest is history.

“I was about to kick him out,” laughs Fran.

“But he caught my attention within 10 minutes.

“Off the pitch, he was quiet and calm. He liked being alone or with three or four of his closest friends. He was very shy.

“On the pitch, everything changed. Character, aggression and leadership.

“He always wanted to win and he was capable of forgetting bad moments very quickly. His rapid rise has not been easy, but he has a very strong personality and knows what he wants.”

“I was tired of working in Spain,” he explains.

“The opportunities were limited and the salaries were low. I needed a new challenge and I have always liked Africa so I made the move.

“I had been working in Africa for five years and even managed to bring a player to Europe with the help of an agent.

“I realised that the boys were good, they had a lot of talent but their preparation was very poor. They needed better training, better nutrition and many other things too.

“In addition, I noticed that in Ghana, in any part of the country, even in the smallest town, there can be a great player that nobody has seen or given the opportunity.”

With the help of an investor, in 2017, the African Talent Football Academy was born.

Southampton will get the 2020/21 Premier League season under way with an away trip to Crystal Palace before facing Tottenham and Chelsea.

Fran’s idea was to prepare the young boys in his academy for Europe – in every sense. Education is compulsory. Language skills are taught with the players learning French and Spanish. The focus is on ensuring that the subsequent transition will be as smooth as possible.

“We prepare them as footballers and as people,” he says.

“On a psychological level, we work on character, empathy, resilience, competitiveness. We have many talks with them so that they learn to express themselves and to give their opinion. We want them to be strong to face difficulties and to be able to analyse and overcome problems.

“We also arrange trips to help in orphanages. We clean the beaches. That is so they see that there are people who do not have the opportunity that they have and that they should never forget this.”

Salisu went through all of these experiences, while having access to top coaching. The idea was simple but demanding. He would need to be prepared for anything that was expected of him.

“Physically, they do not need a lot of work beyond the nutrition. Technically, we work on a lot. We enhance their strengths and we try to improve their weaknesses. There is an individual focus.

“In terms of tactics, we try to make them understand the game, be intelligent and be capable of making good decisions, but we do not really teach them any one system. That is not our main objective. We want them to be able to play within different systems and game models.”

Salisu stood out because he picked everything up so quickly.

“He understood everything,” says Fran.

“I was struck by the ability he had to improve. Every day he was a better player.”

All of which made him a candidate for a move to Europe and Fran’s contacts at Valladolid presented an opportunity for Salisu and two other hopefuls to test themselves in Spain.

“I knew the coach of the U19 team and contacted him,” he says.

“He told me that the players could come and play there.”

That faith was rewarded, spectacularly. 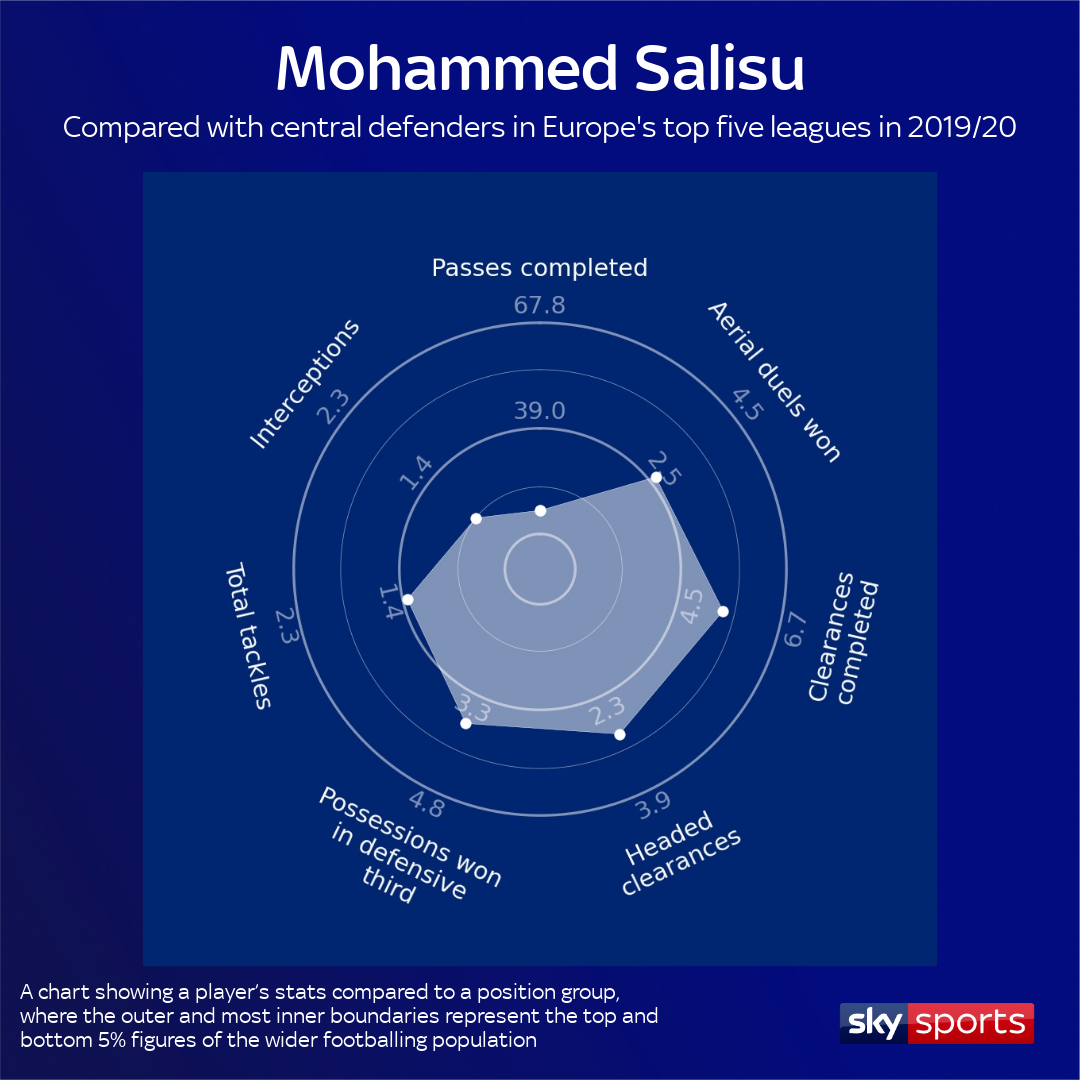 Salisu needed to adapt. Despite the efforts of the academy, it would take time for him to be brought up to speed on everything from the language to the tactics. He was still raw but the talent was there.

Victor Fernandez, Fran’s contact, and a legend at Valladolid, had soon seen enough, advising the head of the academy to snap him up. This was a left-sided centre-back like few in world football.

“Everything that is happening I imagined was going to happen,” Fernandez has since said.

Within weeks, he was in Valladolid’s reserves in Spain’s third tier. When the club sold Fernando Calero in the summer of 2019, an opening in the first-team squad followed. The unavailability of two more defenders on the opening weekend saw coach Sergio Gonzalez turn to Salisu.

Valladolid won at Betis before holding Real Madrid to a draw in only his second appearance in La Liga. By the time that he was helping to shut out Atletico Madrid in October, the papers were proclaiming him a star. In February, they were linking him with a move to Manchester United.

“Salisu is first and foremost a boy with a big heart. He is still shy, reserved and calm. He is a person who keeps his feelings to himself but he can also be very funny. He is very grateful for his chance.”

Southampton won his signature and with it, an ambition has been realised.

“Salisu dreamed of playing in the Premier League,” says Fran.

As for Fran and the African Talent Football Academy, he is using the money generated from the success of Salisu and others to improve the facilities, there.

Two new pitches are being built and there will be new accommodation on site for the next generation of young stars, next season.