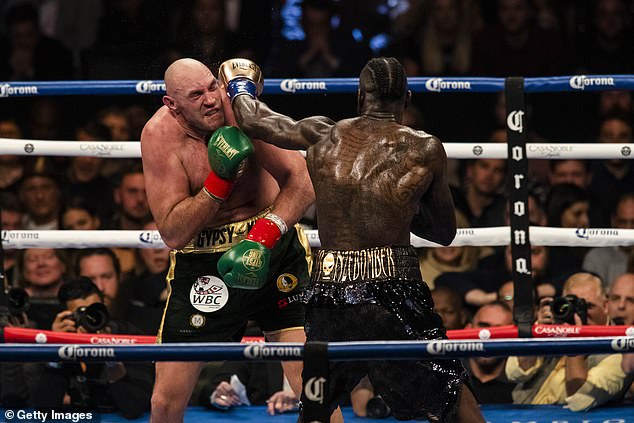 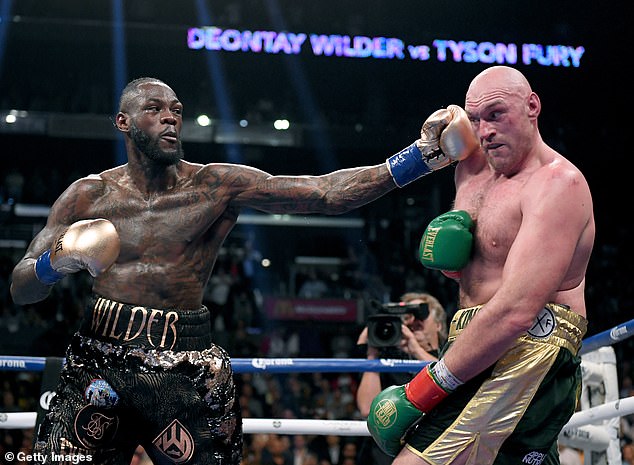 At its core, boxing is a simple sport – a battle between two fighters, primed after months of training in often unsophisticated surroundings, armed only with hands to cause and avoid damage.

However, in a trade rife with contradictions, it’s perhaps fitting that money and politics reign supreme.

While fighters search for an edge on their rivals amid the austere surroundings of the gym, the real battles are being fought in the boardrooms, and in the shadows of the bright lights. 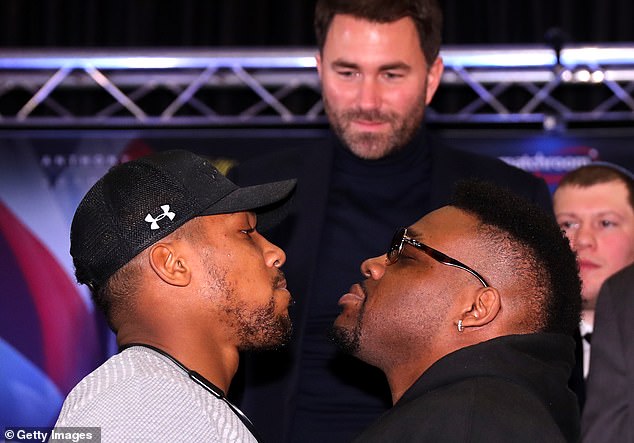 It’s there where promoters and TV executives jostle for position and strike deals which benefit themselves, their fighters, but rarely smooth the road of negotiations.

Rarely was this more evident that on Tuesday, when it was confirmed that Deontay Wilder’s rematch against Tyson Fury was off, for now at least.

Only last week the lineal champion declared he would ‘fight anyone’ and urged his rivals against using ‘boxing politics’ to avoid him. Now we know Team Fury will take a detour on their assault of the heavyweight division.

In theory, the Gypsy King is only kicking the can down the road. After all, what harm have more months of trash talk and anticipation done to a promotion?

Yet Wilder, like everyone else scarred by experience, knows better than such optimism. ‘You sorry m********,’ began his foul-mouthed response to Fury’s decision.

Boxing fans, too, are growing weary. Often accused of being fickle, they are right to feel robbed. In the era of padded records, pay-per-view and splintering TV coverage, this stings.

They’re paying for their brief temerity to dream big. When Fury twice climbed off the canvas in his draw with Wilder, the foundations were laid for a truly great era of heavyweight boxing.

Three months on, we know no combination of Fury, Wilder and Anthony Joshua (who faces Jarrell Miller on June 1) will fight before the autumn. Many fear they will never meet at all. 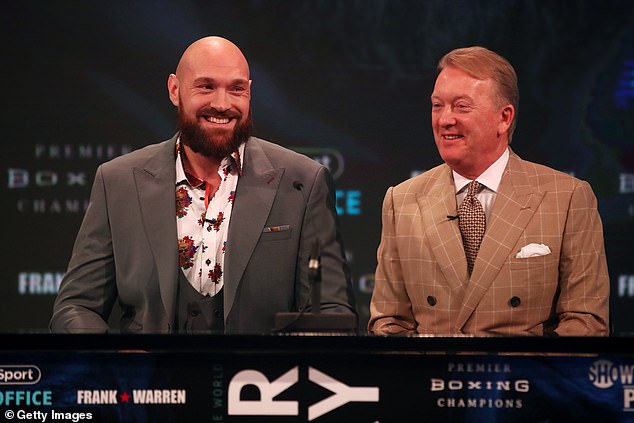 It’s a grim prospect but one which doesn’t seem to faze Fury: ‘I’ve got nothing to prove,’ he told the BBC last week. ‘If the rematch happens it happens, if it doesn’t, it doesn’t. It’s not the end of the world. It’s only a boxing fight.’

His is a diplomatic outlook, but one seemingly at odds with a man who shed 10st to relaunch his career.

He continued: ‘I want the (rematch) to happen so let’s make it happen, where better than the biggest TV station in the world to do it?’

Here lay the most telling line of his answer, the moment the mask slipped ever so slightly. For Fury, a man of rich fighting stock, is not immune from the business of boxing. 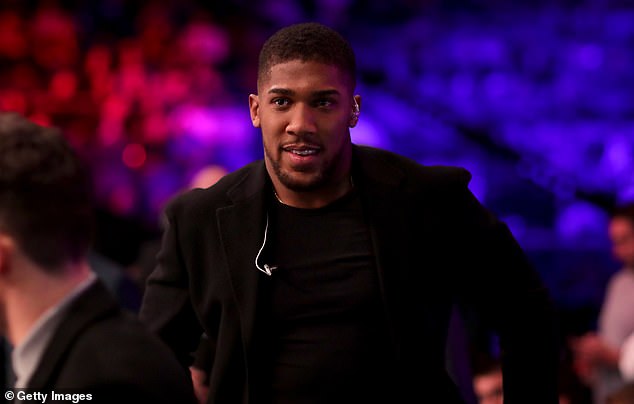 Last week he signed an £80million deal with Top Rank and ESPN to give himself a springboard into the lucrative American market.

It was a tactical move, too. By aligning himself with ESPN, Fury and Frank Warren believe they will no longer have to go cap in hand to talks with AJ and co.

Not that that counts for much now. For not only are Fury and his rivals walking separate paths, they are actively entrenching themselves in opposing territories. 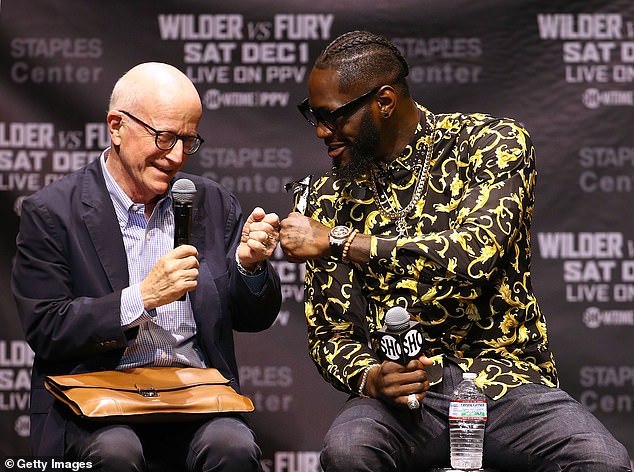 Fury is now aligned with ESPN in the US, BT in the UK, and promoted by Frank Warren here and Bob Arum in the States. AJ is an Eddie Hearn fighter who fights with Sky (UK) and DAZN (USA).

Wilder’s situation is a little more complicated. He is promoted by Premier Boxing Champions, who have broadcasting deals with Showtime and FOX in the US, and ITV on these shores.

The Bronze Bomber is co-managed by Shelly Finkel, trainer Jay Deas, and the enigmatic Al Haymon. He fights on Showtime, but insists he is a ‘free agent’.

Yet he and his team have resisted offers to fight on both DAZN and ESPN, while the waters are muddied further by rivalries among their promoters: Arum has labelled Haymon boxing’s Mr ‘Cancer’ and Hearn believes PBC chief Haymon isn’t his biggest fan, either. 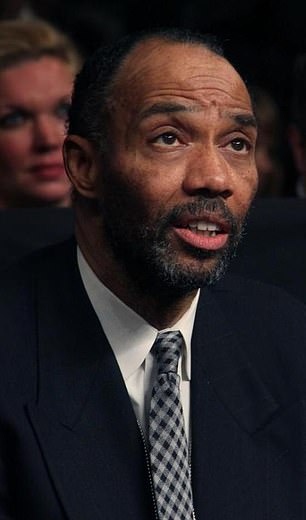 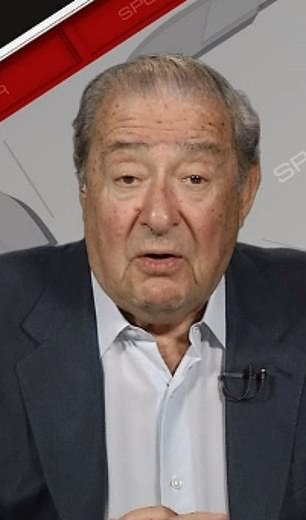 Al Haymon (above, in tie) also advises Wilder, while Top Rank’s Bob Arum (above, without tie) is now Fury’s co-promoter

Relations between Finkel and Hearn, meanwhile, has soured in recent months as negotiations over a fight for between Wilder and Joshua hit brick wall after brick wall.

Confused? Join the camp. Rival promoters and networks can work together, of course, but it’s rare and even more so when the stakes are so high.

In this case each team blames the other. Hearn insists he has reached out to both Wilder and Fury to make the fights, only to be rebuffed. Finkel has revealed the deal on offer to fight Fury ‘effectively meant signing Deontay over to (ESPN and Top Rank), something they ‘didn’t want to, and are not going to, (sanction).’

On Wednesday, meanwhile, Warren made the extraordinary claim that botched rematch was the work of Fury’s US co-promoters. 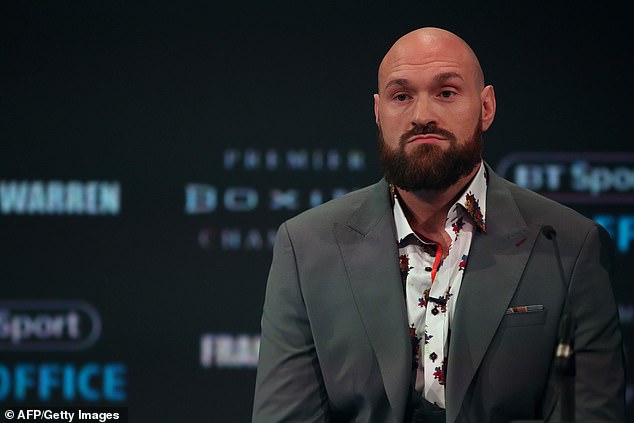 ‘(ESPN/Top Rank) are insisting they want to give Tyson an exposure fight in the States first. I’m very disappointed we’re not going straight to it, but it is actually beyond our control,’ he told talkSPORT.

It’s enough to give fans a headache. And they are within their rights to ask why? Why are these promoters and TV networks robbing them of the fights they want?

Patience with fighters is wearing thin, too. Though few fans doubt their willingness to fight one another, the importance each fighter places on percentage points is causing eyes to roll.

Fury demanded a 50-50 split to face Joshua, Wilder felt he was being undervalued in original negotiations with AJ. Don’t even mention the $50m offer that Hearn and Co insist they never received. 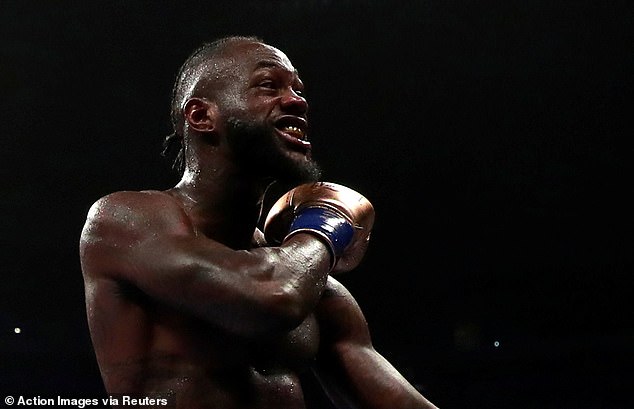 Dillian Whyte, too, turned down seven-figure paydays to face Joshua, so low-ball did he consider the offer.

Unfortunately, this is how the cards have fallen in modern boxing. Fighters have become too valuable to promoters and networks alike, while AJ and co are (perhaps understandably) too proud to undersell themselves. Unwavering self-belief is one of the key weapons in their armoury, after all.

What of solutions? Is there any end to this circus? History tells us one is unlikely to be forthcoming.

Riddick Bowe vs Mike Tyson, Lennox Lewis vs Bowe – boxing (and in particular heavyweight boxing) is littered with huge fights that never happened. Promotional and broadcasting rivalries could well rob us of other big fights such as Chris Eubank Jnr vs Billy Joe Saunders, too.

Yet boxing’s greatest businessman of them all, Floyd Mayweather, showed us there is a way. After years of failed negotiations, ‘Money’ finally struck a deal to fight Manny Pacquiao in 2015, in what remains the richest fight in history.

The clash was shown on both HBO and Showtime, with Jimmy Lennon junior and Michael Buffer sharing MC duties. It was a poor fight, and five years too late, but surely anything is better than this alternative? 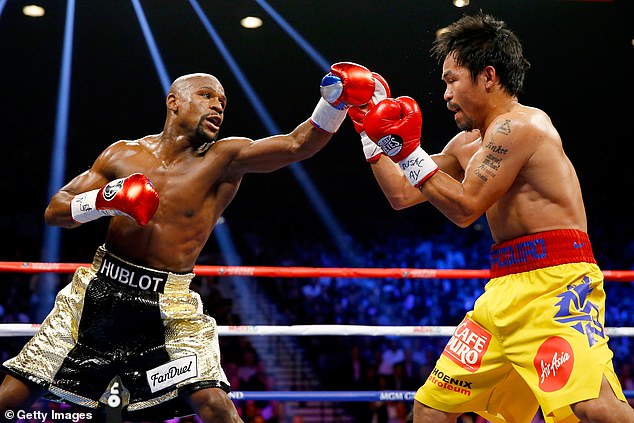 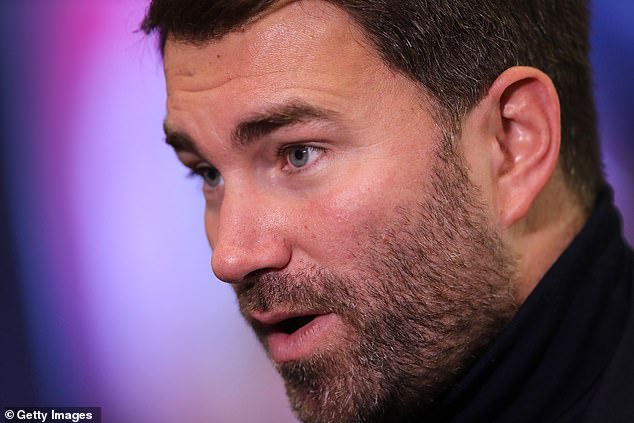 Amid all this, it’s easy to be sceptical. But there remain some optimists, chief among them Hearn – who hopes the collapse of Wilder-Fury II could open the door to a fight to crown the division’s undisputed king.

‘Wilder has said he is a free agent so he can box on DAZN and (AJ) can box on ESPN and Showtime,’ he told Boxing Social.

‘The only one who’s actually restricted now is Fury, I think … if I’m Al Haymon I’d just go and make the Joshua fight.’

The only snag? Joshua is contracted to Sky and, according to Hearn, ‘wants to be with DAZN for the rest of his career’. The world awaits. Just don’t expect many to be holding their breath.