JOSE MOURINHO was spotted blanking Son Heung-Min as the Korean desperately hounded his boss for a high-five.

The Special One was seen congratulating his players after their Champions League win over Olympiakos but initially had no time for the forward.

Hilarious footage shows Son holding out his hand for a high-five and following Mourinho round the changing room after being ignored.

And having shaken hands with several other members of the squad, the Portuguese finally spotted Son and the pair at last embraced.

Harry Kane’s double spared Mourinho’s blushes as Spurs recovered from a calamitous start to win 4-2 against the Greek side and reach last-16.

The Special One was The Fuming One in the first half as his side shockingly went 2-0 down. 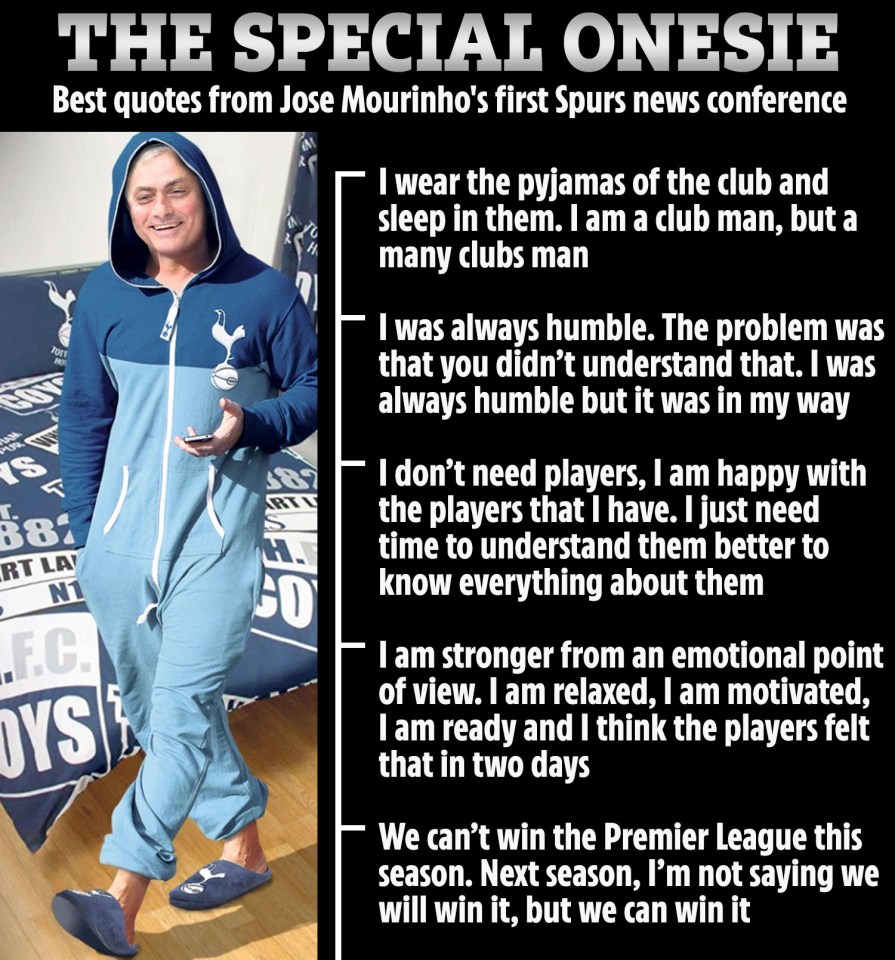 It forced Mourinho into a 26th minute substitution, hooking off the defensive Eric Dier for the offensive Christian Eriksen.

And it proved a masterstroke from Mourinho as the Dane laid on two assists to complete a remarkable turnaround and ensure qualification for the last-16.

Goals from El-Arabi  and Semedo had stunned the Tottenham Hotspur Stadium – it even saw “MourinhoOut” trending on social media.

But Dele Alli – looking re-invigorated after just two games under Mourinho, capitalised on poor defending to give his side hope just before the break.

And in the second half it was as if a whole different side had taken to the pitch – no doubt with some stern words from the gaffer ringing in their ears.

Captain Kane levelled the scores at 2-2 before full-back Serge Aurier beautifully half-volleyed at the back post to give the hosts the lead for the first time.

Kane then headed home Eriksen’s pin-point free-kick to seal the most remarkable of victories on a night that began so terribly for Jose and his troops.

Mourinho was also spotted congratulating a ballboy whose quick thinking helped in the build up to one of Spurs’ comeback goals.