Thiago Silva‘s wife has taken to Instagram to launch an attack on his Chelsea team-mate Timo Werner following the club’s 1-1 draw with Real Madrid in the Champions League on Tuesday night.

Chelsea will head into the second leg of their semi-final next week with the advantage thanks to Christian Pulisic’s away goal.

However, Silva’s wife Isabele was left less than impressed with Werner’s performance after he failed to score from six yards out after nine minutes of the game.

She took to social media to criticise the German striker – and it is not the first time she has criticised a footballer online – claiming he ‘keeps missing goals’ and that he doesn’t ‘want to score’.

Speaking on her Instagram story she said: ‘This is karma, guys. Every team I go to there is a striker who keeps missing goals… this Werner, what is his name?’ 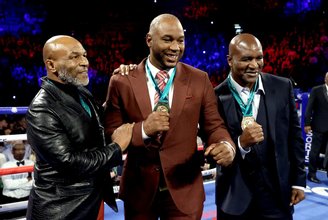 Mike Tyson claims he will fight Lennox Lewis in September 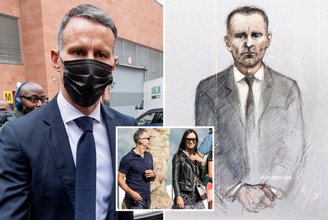 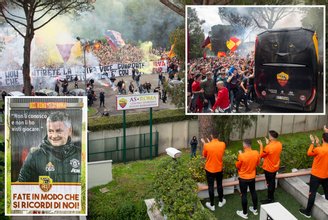 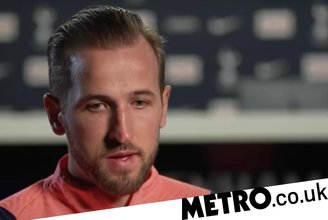 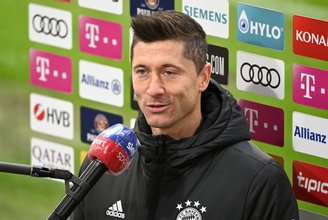 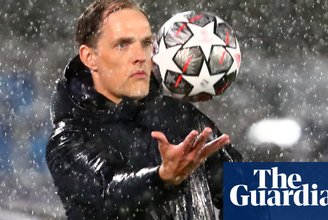 ‘It doesn’t help to cry about it’: Tuchel urges Chelsea’s Werner to forget missed chance
Click here to view more

In a second video she added: ‘We need a goal, we need to win this match but my attackers don’t want to score, I don’t know why they don’t score.’

Chelsea started the first-leg of their Champions League semi-final well and were presented with the chance to take the lead early in the game.

Mason Mount made a glorious run down the left-hand side before cutting inside to take a shot.

His strike rebounded off a defender and gave Pulisic the opportunity to head the ball on to Werner, who was located in the middle of the box.

Timo Werner squandered a golden chance for Chelsea as they drew 1-1 with Real Madrid in the Champions League.

However, the 25-year-old German failed to find the net from just a few yards out – tamely shooting the ball at goalkeeper Thibaut Courtois’ feet.

Werner, who has received plenty of criticism for his lack of goals following his £53million transfer from RB Leipzig last summer, was also guilty of firing a shot wide when he had better options available later in the first half.

Silva, a 36-year-old Brazilian international defender, also joined Chelsea last summer, moving Isabele and their children, Iago and Isago, over to London from Paris, where he played for PSG.

It is not the first time Isabele, 34, has been outspoken about footballers on social media either.

She chided Liverpool left-back Andy Robertson for sharing a clip on TikTok of him beating Chelsea’s Jorginho with a piece of skill, saying: ‘(Ben) Chilwell (of Chelsea) is better than u dude you even lost to Southampton.’

She also aimed a dig at Chelsea’s fierce rivals Tottenham.

‘My football team’s rival has no trophies,’ she said.

Nevertheless, Chelsea manager Thomas Tuchel has ordered Werner to forget his horror miss, the latest in a string of glaring mishaps in front of goal.

Tuchel said: ‘He missed a big one in West Ham now he missed another big one here.  That does not help, but it also does not help to cry about it or to regret it all the time.

‘It is like this. There are millions of people who have harder things to deal with than chances that you miss, so this is the good thing about sports – nobody cares tomorrow.

‘Today we were sad, we were angry in the moment, this is normal. He is angry. He is maybe disappointed.

‘Tomorrow he has a free day and the next day he has to put his chin up. He is a professional guy, a top guy, he works hard.