Navarrete Blasts Out Horta in Four! 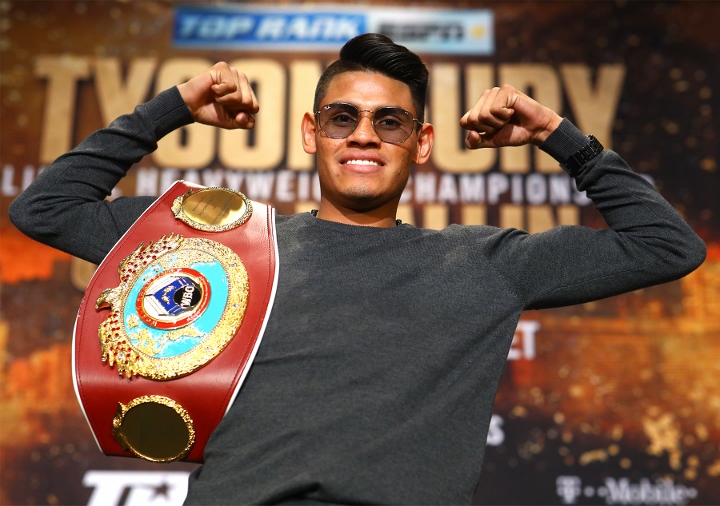 Another fight, another successful world title defense for Emanuel Navarrete.

The hard-hitting Navarrete stopped Francisco Horta in round four Saturday night at the Auditorio GNP Seguros in Puebla, Mexico.

With the victory, Navarrete improved to 30-1, 26 knockouts and successfully defended his WBO junior featherweight title.

The 24-year-old has not only made headlines for his knockout victories, but also for how often he has fought in 2019. Saturday’s fight markedNavarrete’s fourth fight in a span of seven fights.

Horta entered the fight having won his previous 10 fights, but had only fought one scheduled 10-round bout.

From the opening bell, Navarrete was the aggressor, throwing and connecting with his trademark looping hooks and crosses to the head of Horta, who hung in the pocket but looked uncomfortable from the onslaught of punches Navarrete was throwing.

By the third round, Navarrete had not only closed the distance, but had put Horta in defense mode against the ropes, continuing to rip hooks and crosses to Horta’s head and body. Horta was relegated to throwing one punch at a time.

The end came in round four when a punch forced Horta to turn away, prompting the referee to stop the fight at 2:09. It was later revealed Navarrete suffered an injury to his ribs.

Navarrete, who resides in nearby San Juan Zitlaltepec, is hopeful to unify against any of the world titleholders at 122 pounds in 2020.

“I am receiving the fruits from all the sacrifices I have done,” said Navarrete, who is co-promoted by Top Rank and Zanfer Promotions. “I am very happy yo have made a title defense in front of my people. Tomorrow (Dec. 8) is the first anniversary as a world champion and I couldn’t be happier with all that I have achieved this year.”