Emanuel Navarrete (27-1, 23 KOs) successfully defended his WBO super bantamweight title tonight on ESPN, putting a 12-round beating on Isaac Dogboe (20-2, 14 KOs) until his trainer finally threw in the towel in the 12th round, with an official stoppage time of 2:02.

This rematch played out almost exactly like the first, with Navarrete landing long straight shots and solid hooks on the shorter Dogboe, who struggled to maintain a range where he could effectively mount his own offense.

That’s not to say that Dogboe didn’t try — boy did he try! — but that didn’t stop him from taking an uncomfortable number of clean jabs and power punches that had him wobbling all over the ring for nearly the whole fight.

Navarrete visibly hurt Dogboe as early as the second round, then again in the third and fourth rounds, by the end of which Dogboe was looking more like a rag doll.

His face was getting busted up, he had nothing different to offer to turn things around, but still threw punches even though he was getting the worst of it. 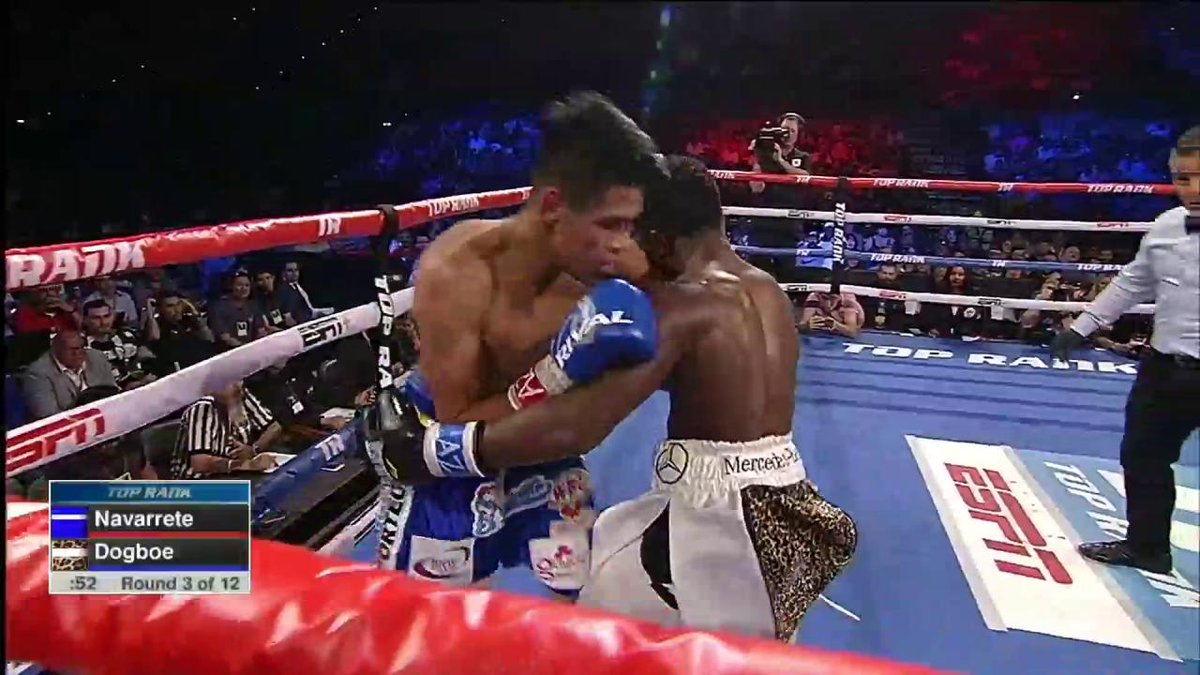 Navarrete getting the best of Dogboe through 3 #NavarreteDogboe2

By the ninth round I was genuinely scared for Dogboe, who appeared to be taking a lot of concussive blows that were clearly hurting him and hindering his ability to defend himself, but his father/trainer refused to stop the fight.

By this time the contest of the fight had already been decided and Dogboe was just taking punishment that he may never be able to fully recover from.

It seemed like a complete abdication of responsibility, but the fight wore on anyway.

By the 12th round Dogboe was clearly in bad shape and Navarette actually clipped Dogboe with a hard shot that may have broken his hand. But right at that point Dogboe’s trainer finally threw in the towel, which was long, long overdue. 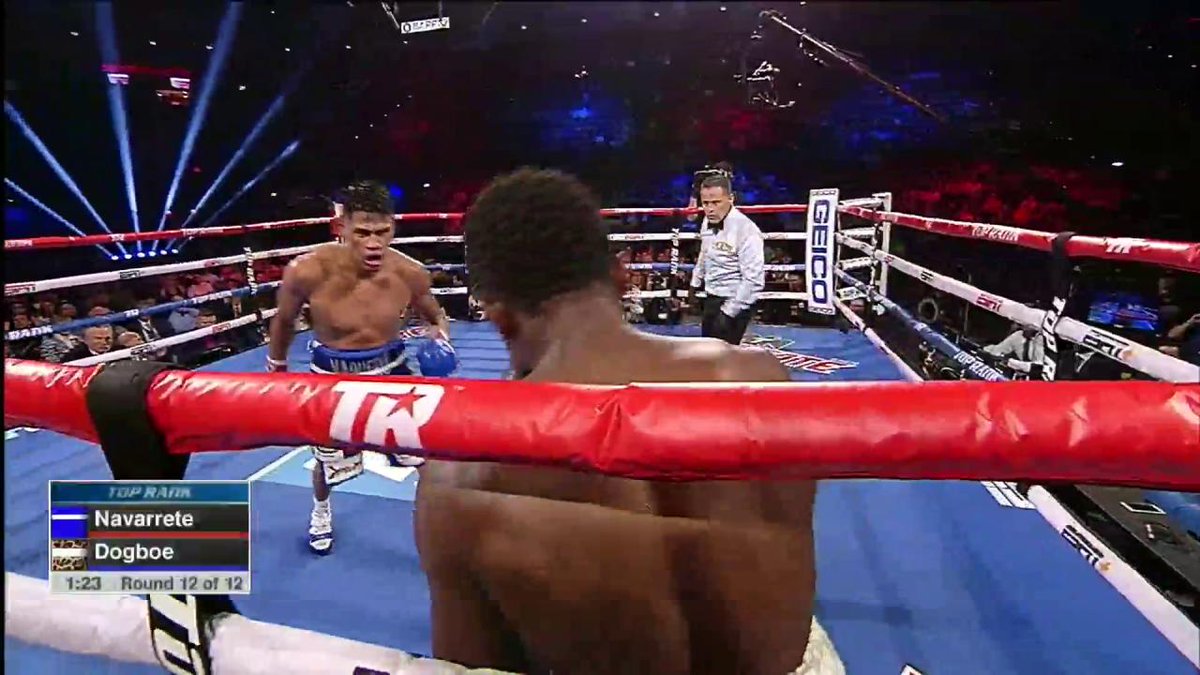 Statement made. Navarrete seemingly hurts his right hand, knocks down Dogboe and Dogboe’s corner throws in the towel. #NavarreteDogboe2