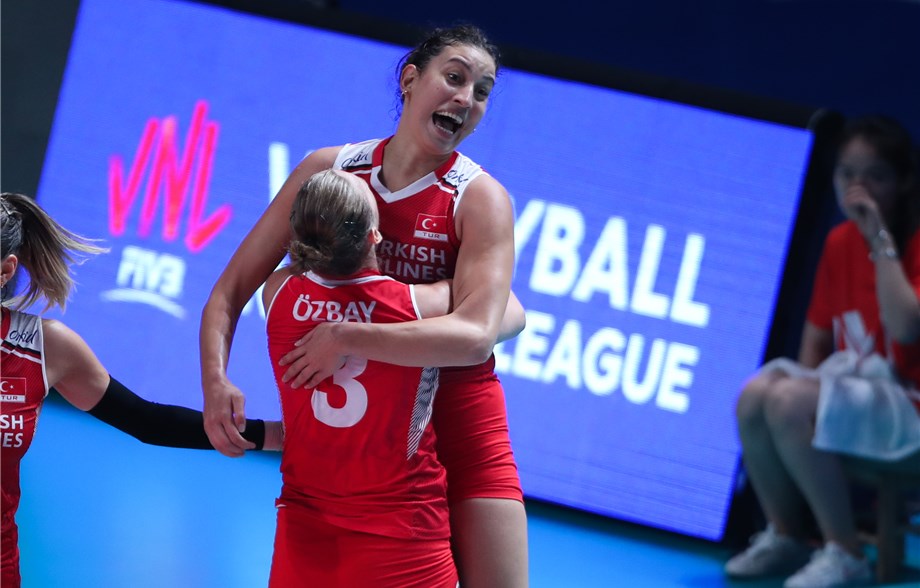 Nanjing, China, July 4, 2019 – Brazil’s Ana Beatriz Correa and Kubra Caliskan (Akman) made great success on net defence on Sunday, leading their teams to storm into the semifinals of the 2019 FIVB Volleyball Nations League.

The Brazilian squad lost their preliminary round matchup with the Polish side in five sets, and the main difference this time were the blocks that reduced the attacking proficiency of the Europeans, leaving Malwina Smarzek to do the tough task in scoring. Smarzek scored 32 points on a losing effort.

Poland dropped to their second loss in Pool B, giving way for Brazil and the United States to claim the semifinal spots.

In the second match, Akman led the block party against the Italians to lead her team to a 3-0 (25-21, 25-15, 25-21) triumph. The Turkish middle blocker scored four blocks and seven attacks, while Ebrar Karakurt also helped out on defence with two blocks and on offence with 15 attacks.

With Turkey’s excellent block and defence, Italy only had one player – Paola Egonu – scoring in double figures with 12 markers, while the rest were limited to below 10 points. Miryam Fatime Sylla had nine points and Elena Pietrini was contained to score just five points in the match.

Turkey’s second win guaranteed them the top spot in Pool A and the semifinal berth, awaiting the remaining spot to be decided between Italy and hosts China on Friday.