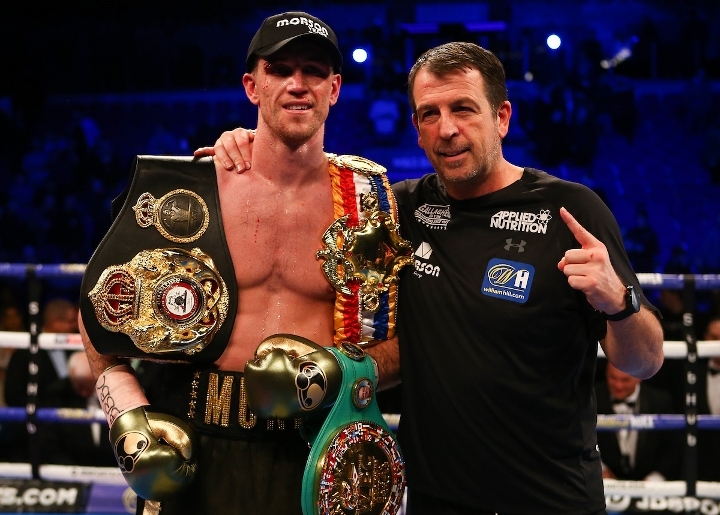 At the moment, no discussions have taken place for a Canelo vs. Smith encounter.

WBA super middleweight champion Callum Smith is not looking for an easy fight.

The unbeaten world champion is willing to move up in weight to 175-pounds take on Gilberto Ramirez, who at the moment is the mandatory challenger to the vacant WBO light heavyweight title.

Smith’s trainer and manager, Joe Gallagher, had a recent conversation with Canelo’s manager/ trainer Eddy Reynoso, and the Mexican coach advised him that Canelo wants to fight Smith in May.

“I’ve spoken to Eddie Hearn over the festive period and even as far as this morning, and he has said he’s had no discussions yet with them [Canelo’s team],” Gallagher told Sky Sports.

“When I was in Arizona before Christmas when Liam fought, I had a meeting with Eddie Reynoso, and it was a good meeting. He said to me Callum Smith is the fighter that he wants to face Canelo in May.

“We shook hands, he said he was going to have a meeting with Canelo over the festive period, and then come back. But a lot of things can change, can’t they?

“As far as I know, and what I’ve been told this morning, no deal has been done. No conversations have been done as yet.”

And if no Canelo clash comes around, then Gallagher indicates that his man would be very open to face Ramirez.

“If Billy Joe is out of the equation, then we cannot fight any of the other champions,” said Gallagher.

“There’s also the option at the moment of the vacant WBO world title. That is something that we spoke about and we’d most probably challenge Gilberto Ramirez up at 175. That’s a very strong option for us at the moment.”