‘no more losing to fat dudes’ 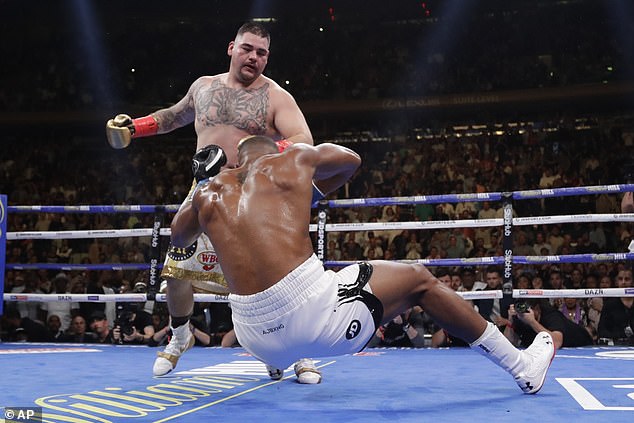 The Brit was dropped four times by the unfancied Mexican as he surrendered his WBA, WBO, IBF and IBO world titles on his American debut.

Joshua, who is expected to fly home from New York over the coming days, appeared to be in high spirits despite suffering the first loss of his professional career. 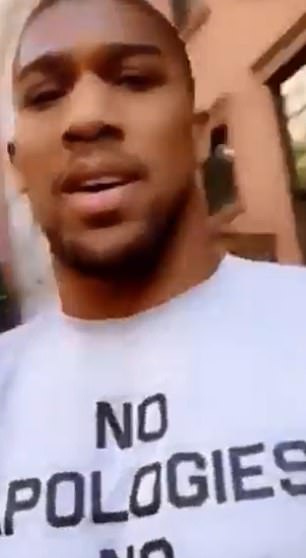 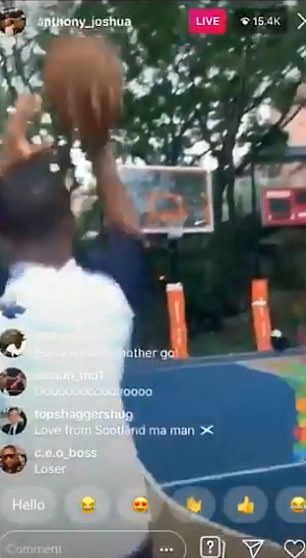 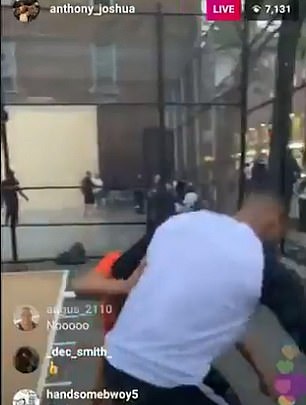 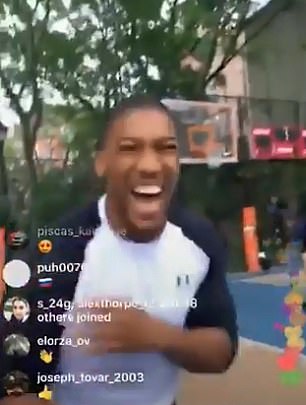 The 29-year-old posted a video on his Instagram before enjoying some down time with his friends.

He said: ‘No apologies, no excuses baby, we are out here man. P***ed about the fight looking at it now.’

Joshua later played basketball in a New York court – but even he admitted: ‘this is not my game’ after being filmed making two wayward attempts.

Fans were quick to notice Joshua out and about with one apologising for his extraordinary loss to Ruiz, who became the first ever Mexican heavyweight world champion by beating the Brit. 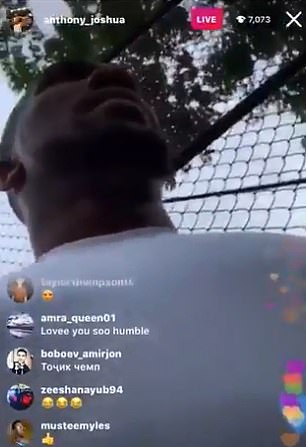 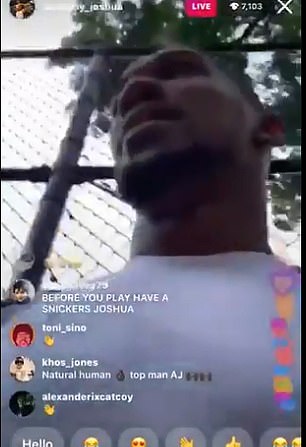 He interacted with fans walking by and was told by one: ‘No more losing to fat dudes.’

Joshua responded by saying sorry ‘for letting him down’ before another fan joked: ‘No more losing to fat dudes.’ The former unified champion fortunately saw the funny side and laughed before insisting: ‘I’m bringing you entertainment.’

Joshua’s team this week exercised their right to trigger a rematch clause with Eddie Hearn hoping to stage the fight in the UK this winter.

However, Ruiz has recently suggested he would prefer the rematch to either take place in the US or his native Mexico.

Sportsmail understands the Mexican has been offered £10million for the rematch, but Ruiz is now demanding £40m to agree to a fight in the UK. 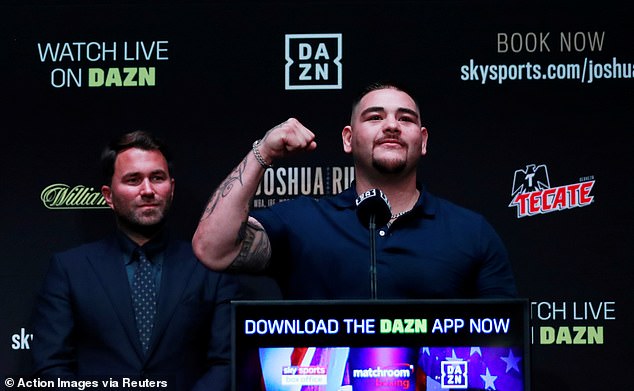