Outside help to turn around Leicester – Ranieri 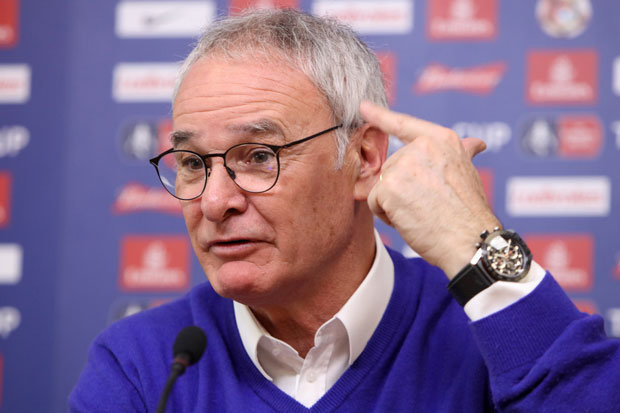 Claudio Ranieri’s Leicester have gone over 10 hours without scoring
BAFFLED Leicester boss Claudio Ranieri admits he may need a helping hand to get his misfiring strikers scoring again.The Italian is at a loss to know why the goals have dried up for his faltering champions.

Ranieri, whose Leicester side travel to Millwall in the FA Cup, today, is now considering bringing in outside help for star men Jamie Vardy and Riyad Mahrez.

“Maybe some people are scared about something,” said Ranieri.

“It’s important for me to see every detail. It could be I bring in outside help.

“For this reason I say, ‘Clear your mind’. We must be full of personality. Remember last season, everything we did was right, now everything is wrong.

“But we are doing the same things, so how is that possible? For this reason, it’s important the players re-set everything and we re-start in positive way.”

Vardy bagged 24 League goals last season to help fire Leicester to the title but has found the net just five times in the current campaign.

Mahrez, meanwhile, scored 17 on his way to becoming thePFA Player of the Year but this time around he’s got just three goals to his name.But given The Foxes haven’t scored in the League this year – a run which takes in over 10 hours – Ranieri is not too concerned where the next one comes form.

He added: “It’s not important who scores, but it’s important for somebody to score.

“We need one good result to be a turning point – we have to stop this momentum. We have to find a solution.”