ALEX OXLADE-CHAMBERLAIN appears to have thrown his support behind the movement calling for Arsene Wenger to quit Arsenal.

The Gunners were outplayed by Chelsea in a 3-1 defeat which all but ended their title hopes for another season.

And following the match, the midfielder liked a tweet from ArsenalFanTV which read: “ARSENE WENGER NEEDS TO GO!!”.

The channel is popular among football fans, who enjoy the opinionated views of the Gooners faithful.

And Oxlade-Chamberlain may have hinted that he agrees with those who think Wenger is done at the club. 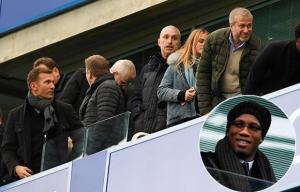 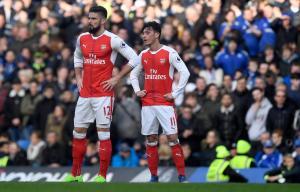 ‘I DON’T KNOW IF THEY PLAYED’

As Gunners crumble at Stamford Bridge who won star man for dominant Blues? 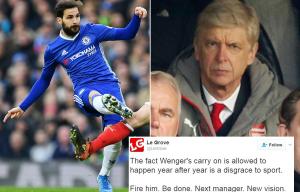 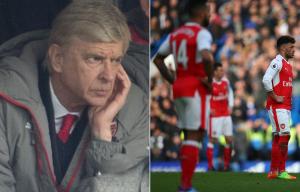 Gunner give it a go

In today’s early kick-off, Chelsea dominated Wenger’s outfit to take another huge step towards the title.

Marcos Alonso scored a controversial opener before a moment of genius from Eden Hazard.

The Belgian spectacularly doubled Chelsea’s lead early in the second half with a stunning goal, picking the ball up on the halfway line, weaving his way past a number of Gunners defenders before calmly lofting the ball over Petr Cech for 2-0.

That contender for goal of the season knocked the stuffing out of Arsenal with Chelsea still looking the more likely to score until the final kick – with former Gunner Cesc Fabregas rubbing salt into the wound with a 25-yard chip past Cech after a woeful clearance.

Olivbier Giroud scored a late consolation but it was not enough to convince some fans that Wenger has what it takes to challenge for the title.