Parliament’s vote of no-confidence in FA: whimper or roar? 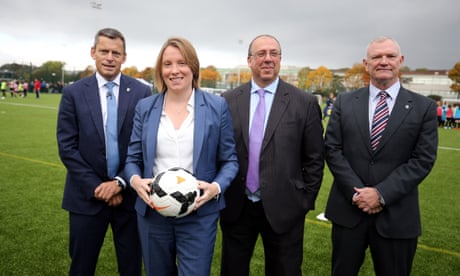 Collins, who has been forensic in his approach to football’s governance, argues that the solution to the game’s ills, the overbearing power of the Premier League and sundry bad club owners, does lie in the makeup of the FA board.

It is deadlocked, after years of power battles fought belligerently by the Premier League, with four directors from the professional clubs and four representing the amateur “national game”, with just two independent directors plus the chairman, Greg Clarke, and chief executive, Martin Glenn.

Collins’s view is that the FA could govern with a clear view from its podium at Wembley, not be cowed by Premier League wealth and power, if a majority were independents and FA executives.

Collins also swiped a ball into the permanently open goal that is the FA council, pointing to its 122 mostly elderly representatives of the game’s amateur hinterlands, this time choosing the line that there are more people on it over 80 (12), than women (eight).

One of Collins’s colleagues, Nigel Huddleston, Conservative MP for Mid‑Worcestershire, had the humility to acknowledge that their committee is also made up overwhelmingly of white middle-aged men, with more Nigels (two) than women (one).

Collins’s view that independent directors would render the FA a robust and independent governing body is seen as overambitious by the doggedly campaigning chair of the Football Supporters Federation, Malcolm Clarke.

He knows the FA intimately having served on the council for 10 years as the sole representative of supporters.

While acknowledging that the council, of course, has to change, he points out that in fact, it has very little power, and is constituted mostly of men, however old and blazer-wearing, who have given a lifetime’s voluntary service to grassroots football without ever being a paid a penny.

“In our experience,” the FSF noted in its submission to the FA’s governance review, “many council members would like nothing more than to be able to trim the power and influence of the Premier League and re-establish the FA as the sole effective governing body of the game.”

The FSF argues that Crouch’s new code of governance does not go far enough, and is actually misguided, in seeking to make the boards of all governing bodies supreme, without insisting on fundamental change.

The code requires 25% of directors, not a majority, to be independent, and sets targets for black and minority ethnic representatives and 30% women.

The FSF says there should be a director representing supporters, and much more independence, before the board is made supreme; otherwise, Clarke fears it will remain deadlocked. 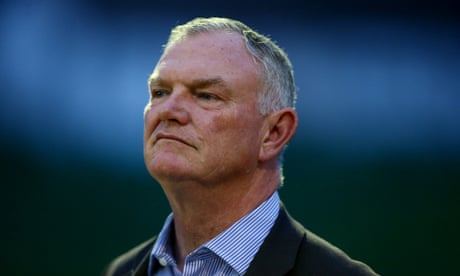 There is a danger here, that profound arguments about football’s modern character, the contrast between Premier League billions and its clubs’ oligarch investor-owners with impoverished local facilities, are being narrowed into minutiae about precise board numbers and percentages, which are of interest only to governance anoraks.

If Crouch does accept Greg Clarke’s proposals, expected to include three women on the board and promises of greater diversity, no one, surely, can expect this to presage radical change.

As if to helpfully lend perspective, a couple of hours before the start of proceedings Manchester United, now registered in the Cayman Islands, issued their latest quarterly financial results.

They showed that United made £158m in the three months to 31 December and expect to reap a record £530m-£540m this financial year.

Yet, the debt originally loaded on by the Glazer family to make the club itself pay for their own 2005 takeover, which has already cost United £1bn in interest and other finance costs, had risen by £87m, due to the fall in the value of the pound after the EU referendum.

United’s borrowings, 11 years on, stand at £525m, exactly the amount the Glazers loaded on in the first place. Yet the family will still receive a dividend, which the club have said is intended to pay the Glazers £15m a year.

Just audible, among the earnest and worthy contributions from the tiny crowd of MPs, was the sound of the Premier League stirring, collectively putting its feet on its desk, checking its Tag Heuer watch, and taking another puff on its cigar.