In Fever Pitch, his peerless football fan’s memoir, Nick Hornby describes a cathartic moment in his life. He is watching Arsenal – naturally – and they’re playing in the semi-final of the 1987 Littlewoods Cup. It was hardly the Champions League, but it was an intense affair that mattered a lot at that time, not least because Arsenal’s opponents were their hated neighbours Tottenham Hotspur.

It was the third match of the tie, the first two legs ending in a draw, and Spurs were winning with the game drawing to a close. At that time Arsenal were going through a sticky period, as was Hornby, and it looked like another disappointment was about to be dumped on their respective shoulders. Spurs had been much the better side. And then, from out of nowhere, with eight minutes to go, the substitute Ian Allinson levelled and, in the last minute, David Rocastle scored the winner for Arsenal.

For Hornby it unleashed a wave of emotion that took him out of the doldrums of depression, and for Arsenal it began a new era of success under their manager George Graham. But what is it about the comeback that makes victory so much more psychologically satisfying?

Ask any football fan and probably any player: the agony of your team going 3-0 down with 15 minutes left would be a pain to be savoured – no, cherished – if you could guarantee that you’d run out 4-3 winners in the final seconds. In other words the agony is prerequisite of ecstasy. You can’t fully appreciate the sweet fruits of victory without first tasting the sourness of defeat. As in sport, as in life, for which sport is always, at its best, a dramatic metaphor.

That job you didn’t get, that romance that led to rejection, these are the kinds of experiences that shape us all. They’re the setbacks that, in our own psyches, cry out for justice, for correction. In life, of course, as so often in sport, no such rebalancings of fate are guaranteed. And that’s why when they do come, they seem to make retrospective sense of all the heartache that went before. The upturn in fortune not only lifts morale but also feels moral – like a vindication.

Because it’s a feeling that is universal, the people on the wrong end of the upturn – those on the downturn – are also familiar with the sense of what might be termed moral momentum. They begin to wonder if perhaps it’s just not their day precisely at the moment when hope looms into sight for their opponents.

You could see this shift most vividly in the Super Bowl last week. The Atlanta Falcons had a 25-point lead against the New England Patriots with only two minutes left of the third quarter. No one had ever come back from that far behind, that late in the game, in American football’s showpiece occasion.

The Falcons had been by far the superior side: remorseless in attack and ruthless in defence. But the moment that the Patriots finally scored a touchdown, everything shifted. There was still a lot to happen, some of it luck, some judgment, good and bad, but it was as if both sets of players began to suspect that a different ending was being written before their eyes. 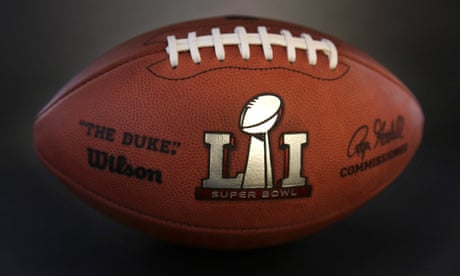 But to bring the extremely unlikely within the bounds of plausibility usually requires someone to do something seemingly impossible. One such moment occurred deep in the fourth quarter with the Patriots driving against the Falcons and the clock.
The veteran quarterback Tom Brady threw a pass that was almost intercepted and the ball went flying up into the air. As it came down, the Patriots’ wide receiver Julian Edelman dived at full stretch between three Falcons defenders and miraculously caught the ball, a few inches from the ground, saw it bounce out of his hands, and then he caught it again. It was so gravity and probability defying that not even Edelman, who feared an overturn on video review, believed that he had made the catch.

If it galvanised the Patriots’ belief, it also served to crush the Falcons’ spirit. They were barely more than spectators for the rest of the game, which was decided in overtime in the Patriots’ favour.

In reality, such turnarounds are of course precious rarities. That’s why they stick out in the memory. Say Headingley 1981 to an English cricket fan and it’s a bit like recalling the resurrection story for a Christian, only in 1981 we saw it with our own eyes. An England team who were more familiar with snatching defeat from the jaws of victory staged one of greatest comebacks Test cricket has witnessed. Bowled out cheaply and forced to follow on by Australia, England kept themselves in contention thanks to a swashbuckling 149 not out from Ian Botham, before Bob Willis put in the performance of his career to skittle the Australian batsmen and level the Ashes series.

The difference was 18 runs in England’s favour, but it’s not the closeness of the score that matters. Rather it’s the exhilaration of seeing a group of players who were down and out – the damning headlines already being composed – somehow locate belief in themselves.

Because that’s what we most admire in sport. Yes there’s great skill and technique and supreme athleticism, all of which can be remarkable to behold, but nothing speaks to the human spirit quite as powerfully as finding belief in the midst of adversity.

Watching Barcelona, for example, dismantle a very good Manchester United side in the 2011 Champions League final was a fabulous advert for elite professional football. But watching Liverpool come back against Milan from 3-0 down to win the 2005 final was an unforgettable demonstration of human passion and belief, personified in particular by Steven Gerrard’s monumental performance.

All these dramatic comebacks are duly celebrated and remembered precisely because of what they say about resilience and the ability to recover from disappointment. Yes, no one dies, and there are plenty of more impressive stories in cancer wards across the country. But somehow sport – indeed multimillionaire athletes – can condense and capture something of the essence of what it is to be human.

Still, we should spare a thought for the losers. I was standing in the Spurs end that evening in 1987, when Arsenal and Nick Hornby rediscovered their mojos. That was a tough night. I’m still waiting to bounce back from it.