Pedrosa sets the pace for race

Dani Pedrosa was quickest in the rain on home turf in Jerez practice
DANI PEDROSA made home advantage count as he set the pace for tomorrow’s race at Jerez.
The Repsol Honda rider was quickest in the rain affected first session and was comfortably clear of the pack in dry afternoon running.Eager to build on third place in Texas last time out, Pedrosa said: “I hope to keep my momentum and improve some things.

“I am enjoying it because it is much more fun when you are riding well,” he said.

Pedrosa made his elite series debut at Jerez in 2006 and has been a top three finisher nine times, a run which includes two victories. 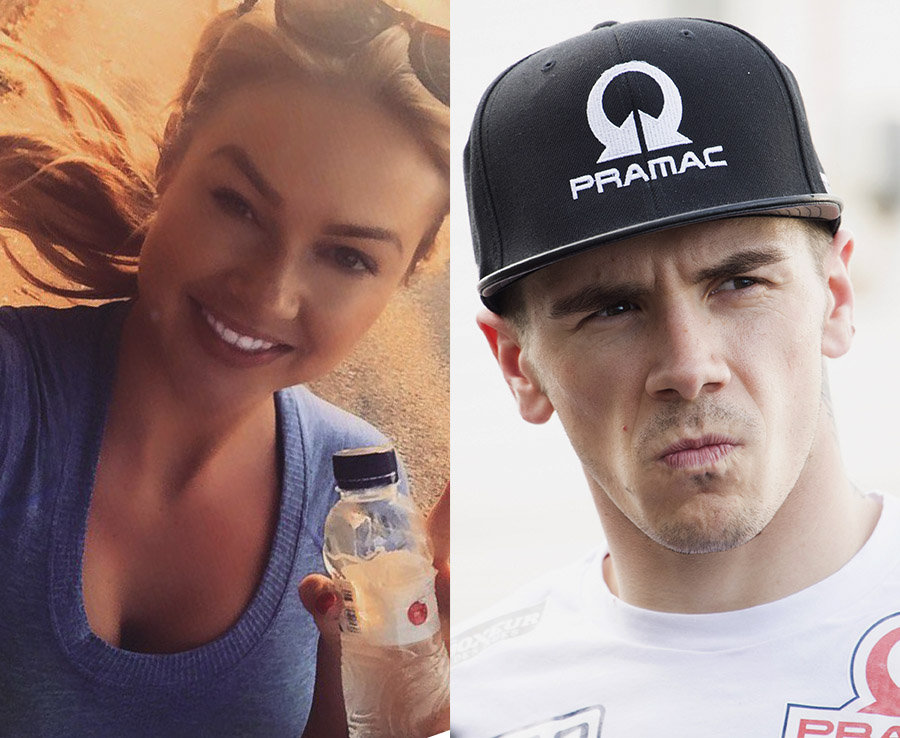 Scott Redding and ex-girlfriend Penny Sturgess
He needs that kind of form to improve his current sixth place in the title stakes but is in a strong position with his best lap of 1m 39.420secs a comfortable 0.544secs ahead of Australian Jack Miller.Britian’s Cal Crutchlow finished third ahead of Jorge Lorenzo, who looked more at ease on the Ducati.

Maverick Vinales, who trails championship leader and Movistar Yamaha team-mate Valentino Rossi by six points after tumbling in the previous round, finished sixth after coming off again in the afternoon session.

Vinales needs to find more speed as does Rossi, who finished way down the leaderboard in 12th.

Rossi admitted: “We still have to improve the bike a lot, that’s for sure.“We improved a lot in Austin since the first free practice and now it is important to improve again here.”

But his time was comprised by the decision to use the same set of tyres for the full afternoon session as he fine-tuned his Honda.