On a Sunday that is expected to see national anthem protests continue to spread, thanks to the strong criticism levied against the NFL and its players by the President, the question becomes whether any coaches will become directly involved. One coach has issued a statement that suggests he’ll participate in whatever his players do.

“In this incredibly polarizing time, there’s no longer a place to sit silently,” Seahawks coach Pete Carroll said in a signed letter posted on Twitter. “It’s time to take a stand. We stand for love and justice and civility. We stand for our players and their constitutional rights, just as we stand for equality for all people. We stand against divisiveness and hate and dehumanization. We are in the midst of a tremendously challenging time, a time longing for healing. Change needs to happen; we will stand for change.

“May we all have the courage to take a stand for our beliefs while not diminishing the rights of others, as this is the beating heart of our democracy. As a team, we are united in a mission to bring people together to help create positive change. We can no longer remain silent.

“I will stand with our players.”

The repeated use of “stand” possibly hints that the Seahawks’ team demonstration will include standing for the anthem. Whatever transpires, it will unfold at 4:05 p.m. ET in Nashville, after more potential protests happen prior to the 1:00 p.m. ET games. 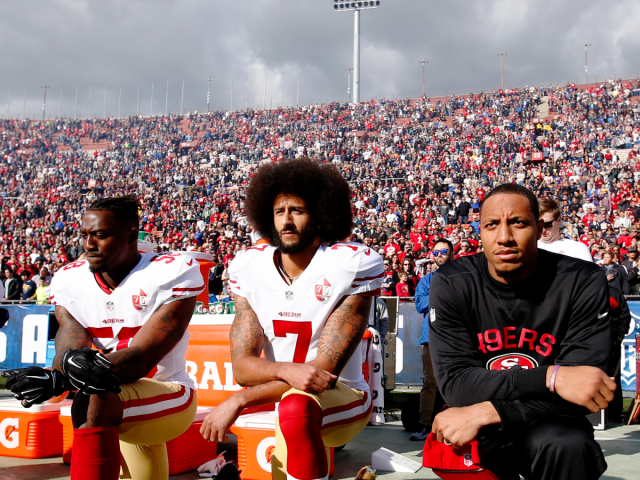 Update, 10:25 a.m. ET: In a game played at London’s Wembley Stadium, dozens of players for the Baltimore Ravens and Jacksonville Jaguars knelt during the playing of the National Anthem, ESPN reports. Around 7 players took a knee on the Ravens side — the first time any of their players had done so. Players for the Jaguars held hands on the sidelines while about 10 members of the team took a knee. All of the players stood during the playing of the UK National Anthem.

This is believed to be a sign of protest against President Trump’s comments suggesting players should be fired if they don’t stand during the anthem.

Update, September 24, 9:30 a.m. ET: The battle of words between the NFL, NBA, and President Trump continued on Saturday, with MLB joining those sports organizations to issue condemnations against the president’s rhetoric.

Throughout the day and night on Saturday, a plethora of NFL teams issued statements decrying the president’s suggestion that players should be fired for not standing during the national anthem. Most of the statements included a call for unity as well reinforcing their team commitments to diversity, and offered assurances that none of their players would lose their jobs for not standing during the National Anthem.

President Trump took to his Twitter account to respond with a series of vitriolic tweets that seemed aimed at encouraging protests against the NFL. Between the first and second tweets embedded below, Trump blasted the North Korean president by calling him “Little Rocket Man” and threatening the nation of North Korea by saying “they won’t be around much longer.”

The hashtag #TakeTheKnee has been trending on Twitter, with sports fans and politicos tweeting on both sides of the issue.

On Saturday night, Bruce Maxwell of the Oakland A’s became the first player in the MLB to take a knee during the National Anthem, ESPN reports.

Stevie Wonder took both knees during the Global Citizens Festival on Saturday, Rolling Stone reports. “Tonight, I’m taking a knee for America,” Wonder said. “But not just one knee, I’m taking both knees. Both knees in prayer for our planet, our future, our leaders of the world and our globe.”

Update, 4:25 p.m. ET: Facing an avalance of criticism from the sports world, President Trump doubled down on his comments about NFL players on Twitter. On Saturday afternoon, he tweeted, “If a player wants the privilege of making millions of dollars in the NFL, or other leagues, he or she should not be allowed to disrespect our Great American Flag (or Country) and should stand for the National Anthem. If not, YOU’RE FIRED. Find something else to do!”

And, in response to his tweets earlier in the day to Golden State Warriors player Stephen Curry, the Warriors also released a statement indicating that they understood that their team was no longer invited to the White House and that they will use their trip to Washington D.C. in February to “celebrate equality, diversity, and inclusion.”

This story was originally published on September 23, 2017:

On Friday, during a political rally in Alabama, President Donald Trump made his stance on protest and the First Amendment clear: he’s not a fan, particularly in regards to NFL athletes.

“Wouldn’t you love to see one of these NFL owners, when somebody disrespects our flag, to say ‘Get that son of a bitch off the field right now, he’s fired,’ ” said the 45th president of the United States to a raucous audience.

Last season, Colin Kaepernick, previously a quarterback for the San Francisco 49ers, began kneeling as a form of protest during the national anthem. It’s worth noting that players are not required to stand during the pregame tradition. His silent protest placed him at odds with the NFL and despite Trump not mentioning Kaepernick’s name, the act — and continued controversy — rubbed him the wrong way.

Trump continued: “When people like yourselves turn on television and you see those people taking the knee when they’re playing our great national anthem, the only thing you could do better is if you see it, even if it’s one player, leave the stadium,” he said. “I guarantee things will stop.”

Although the NFL did not mention Trump by name, a statement from the organization was released today stating:

“The NFL and our players are at our best when we help create a sense of unity in our country and our culture. There is no better example than the amazing response from our clubs and players to the terrible natural disasters we’ve experienced over the last month. Divisive comments like these demonstrate an unfortunate lack of respect for the NFL, our great game and all of our players, and a failure to understand the overwhelming force for good our clubs and players represent in our communities.”

In recent weeks Present Donald Trump has made his opinions on free speech clear: If you publicly disrespect the U.S. (or his presidency), you should be fired from your job.

After their NBA championship win this year, the Warriors, like previous winning teams, were invited to the White House.

Trump took a less coded jab at another athlete on Saturday morning: the Warriors’ Stephen Curry. “Going to the White House is considered a great honor for a championship team. Stephen Curry is hesitating, therefore invitation is withdrawn!” he tweeted.

In February, Curry, in a backhanded comment, referred to Trump as an “ass.” It was unclear whether the Warriors would visit the White House. However, Curry didn’t mince words when asked about the possible visit this week, “I don’t want to go,” said Curry while addressing the press earlier this week.

Cleveland Cavaliers superstar, Lebron James, also had a response to the ordeal.

“U bum @StephenCurry30 already said he ain’t going! So therefore ain’t no invite. Going to White House was a great honor until you showed up!” he tweeted.

Many more in the sports world have tweeted heir support for the NFL, Kaepernick, and Curry. 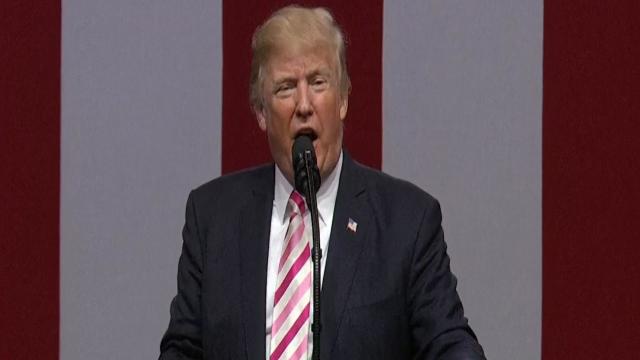 Trump has tweeted several times expressing his anger at NFL athletes who have chosen to protest racial inequality during the national anthem before games. The president invoked players’ jobs as a privilege and said that they should not be allowed to disrespect the flag, as he perceives it. He expressed that he wants protesting players to be fired.

Ownership from a number of teams took a stand on behalf of the players.

Colts owner Jim Irsay wrote the following: “I am troubled by the President’s recent comments about our league and our players. Sports in America have the unique ability to bring people from all walks of life and from different points of view together to work toward or root for a common goal, and the Indianapolis Colts are proud to be a part of that tradition in our home city and state.

“The vast majority of players in the NFL — especially those who have worn and continue to wear the Horseshoe — have donated millions of dollars to charities, raised money for those affected by recent hurricanes, created charitable foundations, visited schools, mentored students, worked in homeless shelters, cleaned up parks, and put in hours of their personal time toward improving their communities and the lives of those around them.

“That’s the spirit in which this nation was founded, and we all need to work tirelessly to bring people together to take on the challenges that face us and give back to the people of our communities. More so than any result on the field, that is a common goal worth rooting for.”

Titans owner Amy Adams Strunk issued the following statement: “I am proud to stand with our players and support them in their work on and off the football field. I completely agree with Commissioner Goodell that we are better off as a nation when we are unified and pulling together. I have seen that kind of attitude first-hand in Tennessee and across our country in the many benevolent and public-spirited efforts of our NFL players, often without any public recognition. Our players make public contributions day-in and day-out and when I hear anyone making disparaging remarks about them, I know it has to be the result of not knowing what they bring to our communities or what they have accomplished.”

Chargers owner Dean Spanos also issued a statement: “I wholeheartedly agree with the commissioner’s statement. The NFL and its players, more than anything, have been a force for good. What our country needs right now is a message of unity, civility and mutual respect.”

Many NFL players have also spoken out against Trump’s comments on Twitter, as has the Players Association.

The political conversation has spilled into the sports world in full this weekend, with the Golden State Warriors disinvited from the White House by Trump after Stephen Curry took a strong stance against the president’s rhetoric.