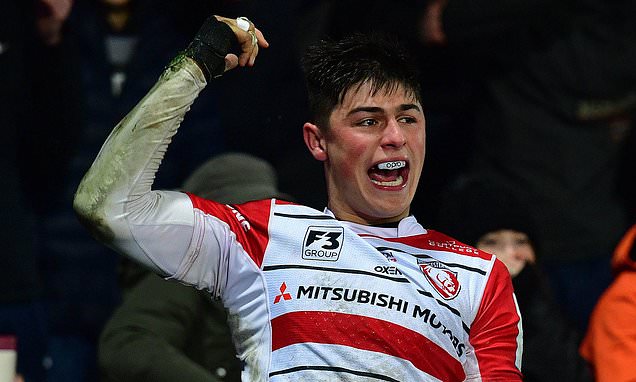 Teen sensation Louis Rees-Zammit re-confirmed his desire to play for Wales after agreeing a new contract at Gloucester.

The 18-year-old has lit up the Premiership and European Cup in his first full season of professional rugby, and could be set for an early Six Nations call this week.

Eddie Jones has enquired about his availability for England, but Rees-Zammit only has eyes for Wales having grown up in Cardiff born to Welsh parents in 2001. 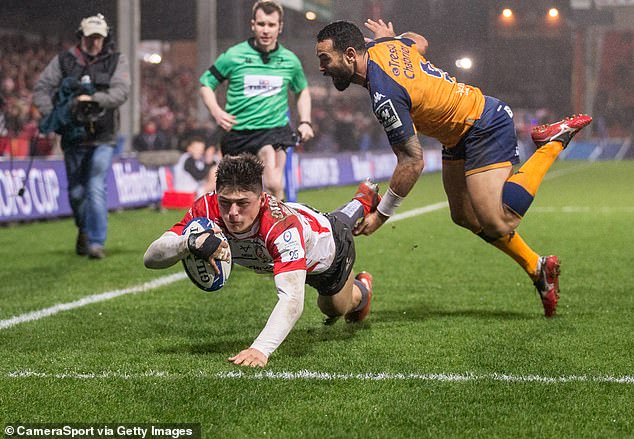 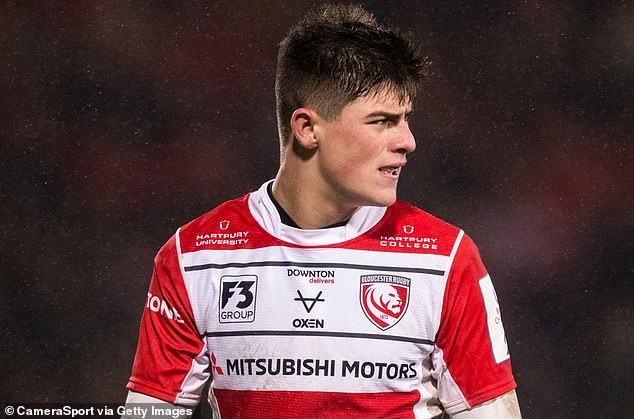 A call from new Wales boss Wayne Pivac on Wednesday to join the Championship squad would cap a remarkable week in which the flying winger scored a ninth try in 10 games against Montpellier last Saturday and then signed a new ‘long-term’ contract with the Cherry & Whites on Monday.

He only joined the senior academy last summer, but now is on a ‘senior squad’ deal.

‘My dream is to represent Wales at an international level,’ said Rees-Zammit.

‘I just want to keep working hard to achieve this goal, along with helping Gloucester Rugby reach our ambitions for success.

‘I am delighted that my contract at Gloucester has been further extended to a senior squad long-term contract.

‘I love being at Gloucester and I am enjoying every second of being part of such a great squad.

‘It’s been such an exciting year for me, and I am grateful for the support of all the staff, players and fans of Gloucester.’

Gloucester will not divulge how long the contract will last but Sportsmail understands the new deal – which will come with a significant pay increase – will not preclude him from Welsh selection.

Wales will not pick players who have fewer than 60 caps and play outside their country. It is the ruling that has seen scrum-half Rhys Webb exiled for two years.

However, if a player signs a contract at their club before they are capped by Wales then they are still eligible for their country for the length of that deal. 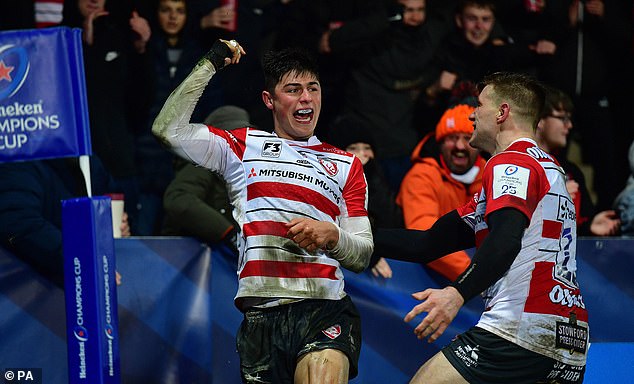 For example former Cardiff Blues prop Rhys Carré agreed to join Saracens before he was selected by Warren Gatland to go to the World Cup, and before he won a cap, therefore he is available despite playing in England.

So this is a clever move by Gloucester – they have promoted Rees-Zammit from an academy deal, having plucked him from their feeder college Hartpury, and will retain his services for the foreseeable future without scuppering his Test ambitions.

As Rees-Zammit is in line for a quick Test call-up, if Gloucester had delayed and signed him after his Welsh debut then the youngster would have to move home to continue his international career.

When he next is out of contract, the issue will raise its head though – unless the WRU change their rules in the meantime.

Head coach Johan Ackermann said: ‘For his young age, Louis has a very mature attitude, a willingness to work hard, and a commitment to rugby. 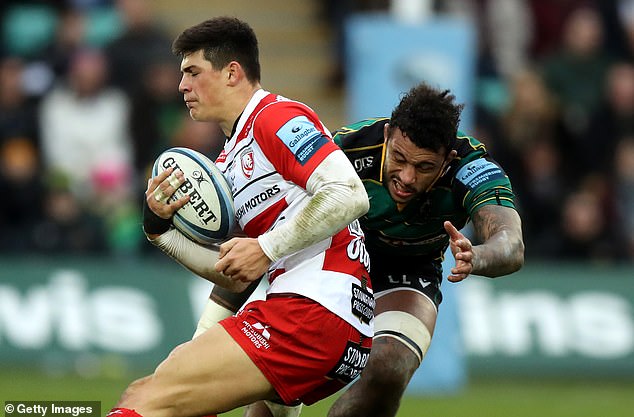 ‘If he stays humble and stays hungry to improve, I have no doubt that he has an extremely promising career ahead of him. Louis has settled in nicely with the senior squad in a short time and I, along with all the coaching staff, look forward to continuing working with him and see him develop further, alongside the rest of the Gloucester senior players.’

And director of rugby David Humphreys added: ‘Louis has had an amazing start to his professional rugby career at Gloucester.

‘Not many 18-year-old Academy players get an opportunity to play regular Premiership and Champions Cup, but Louis has taken his chance and become a regular member of the match day squad over the last few months.

‘Having just signed an Academy contract, Louis’s form has now been rewarded with a long-term senior contract based on his outstanding performances for Gloucester.

‘Louis has a very exciting future ahead of him and if he continues to work hard at his game, he will achieve success at club level and ultimately at International level with Wales.

‘Everyone at the club is delighted he has committed his future to Gloucester.’