Even at the best of times, the mood of a typical evening fixture on the all-weather stops some way short of celebratory and Tuesday night’s racing here was hardly the best of times, one day after a shocking four-horse pile-up that put three jockeys in hospital.
Freddy Tylicki, who remains in intensive care with suspected spinal injuries of unknown gravity, was in the thoughts of those riders who returned here to keep racing’s show on the road, comforting themselves with the fact that falls in Flat racing are rare.

“Hopefully Freddy will be OK,” said Pat Cosgrave, who had been on Tylicki’s outside when the incident occurred on Monday.

Mercifully, it emerged that the other three riders involved in the pile-up had escaped without serious injury, including the new champion jockey of British Flat racing, Jim Crowley. He was treated on the track for more than an hour, yards from Tylicki, before being taken to hospital but was sent home on Monday night with no more than a broken nose. 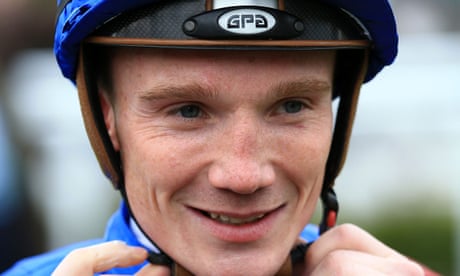 Steve Drowne, whose mount was also brought down, was uninjured. Ted Durcan, unseated in the melee, broke an ankle but, being as robust as any jockey, arranged to be driven to a hospital at Cambridge, near his home, before seeking treatment.

The Injured Jockeys Fund, which is providing updates on Tylicki, said the 30-year-old was conscious and stable at St George’s Hospital in Tooting. He was undergoing assessment and further news about his condition is expected on Wednesday.

While an entire sport crossed its fingers for him, the workaday business of eight more races went ahead. John Egan, who was among the winners, expressed the robust philosophy of a veteran rider: “You know what, when something happens, it’s like when someone dies: you say, ‘Isn’t it terrible! We should appreciate things…’ Then you go out the door and you forget about that. Life goes on. And, sure, if it didn’t, the whole world would be stopped a long, long time ago.

“I had a bad fall in Wolverhampton about seven years ago and they told me afterwards that I was actually clinically gone for, like, a minute. Listen, these tracks are real safe, I swear to God, but look, accidents happen. You could slip down the stairs and break your neck. What are you going to do, take the stairs out? It’s one of them things, there was nobody to blame.”

Barney Clifford, a jump jockey in years gone by who now works as Kempton’s racing director, was full of praise for the medical team who had attended Tylicki and Crowley, especially their “meticulous, brilliant” leader, Dr Peter Johnson. “What’s so sharp now, which is the most important thing, is the response time,” Clifford said. He spoke also of how his groundstaff “rose to the occasion” in assisting the paramedics and said it was eight years since the last comparable incident at the venue.

In the background was a concern among some that this incident had highlighted the particular risks of all-weather racing, with packed fields racing around tight ovals.

“If you look at any all-weather racing, a good position is key,” the trainer Michael Attwater said. “Everyone wants to be on the inside on the bends, so everyone tightens up. It’s so easy to make a mistake. A clip of the heels and it’s a knock-on effect.”

However, Attwater accepts there is no obvious scope for improving safety.

“You’re dealing with half a tonne of animal, 10 or 12 of them in a race and an eight‑stone jockey trying to guide them at 40mph. It’s very hard to prevent anything … unless every race is confined to four runners and even then it’ll happen.

“I think the racecourses are as safe as they can be and obviously the paramedics were on hand so that everyone was dealt with quickly and that’s as much as we can do.”