Campaign groups have called on the International Olympic Committee to urgently change its host-city contracts to place human rights at their heart, after warning Rio 2016 represented a “huge missed opportunity” to improve the lives of those in the city.

For Atila Pereira Roque, the director general of Amnesty Brazil, the first Olympics in South America are already a bitter disappointment in terms of delivering on the promises made when the bid was won in 2009.

“When you have major sporting events they mobilise the society who are happy and excited about having them,” Roque said, recalling the wave of excitement that accompanied the decision to hand Rio the Olympics two years after Brazil hosted the football World Cup. 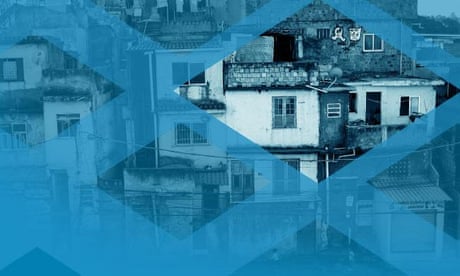 “You mobilise resources, the government has to invest a huge amount.

“We should channel all this energy and all this resource not only to make sure the facilities and venues are ready, but also to look at how this could actually be used to make progress in terms of human rights and equality – especially in a country like Brazil that has such deep schisms,” he said.

Previously he had been speaking at an event where a succession of speakers – including victims of forced relocation and the upsurge in police violence linked to the hosting of major sporting events – lamented the scale of the opportunity missed.

Amid the broader promises loaded on to Rio as they have been on to every other recent Games until they threaten to collapse under their own weight, there was one specific promise that has not been kept.

“They explicitly said they would use the Olympics to improve public security and that was not done. They fell in their usual trap of falling into the usual politics of fear,” Roque said.

“They used it to increase the number of operations, to focus on criminalising a certain group of people instead of using it as an opportunity to change.

“It ends up reinforcing all kinds of stereotypes. That’s why I see it as a huge missed opportunity.”

Among a blizzard of statistics, one stood out: since 2009 when Rio got the go-ahead in Copenhagen amid tears of joy and optimism from the then president Lula, and the former footballer Pelé, there have been more than 2,600 police killings in Rio.

While the Games cannot be a panacea for a city’s problems, the campaign groups under the Sport and Rights Alliance umbrella – Terre des Hommes, Amnesty International, Football Supporters Europe, Human Rights Watch, the International Trade Union Confederation, Transparency International Germany and UNI Global Union – argue that at the least it should not exacerbate them.

Yet, Amnesty’s Renata Neder said there had been an increase of 103% year-on-year in the number of killings in Rio’s favelas and the upturn was part of a pattern in which periodic attempts to take a long-term approach were short-circuited by the perceived need for a crackdown.

The huge sprawling favela of Mare, close to the airport, was occupied by police and the military in the run-up to the World Cup. Once there, they stayed, resulting in an escalation of tensions and leading to innocent people being caught in the crossfire.

One of those victims was Vitor Santiago, a 30-year-old shot in the back by police after his car was cleared at a checkpoint.

“The police stopped the car, searched the car and found nothing wrong. They decided to shoot at random. I was shot in the back. It went through my lungs, it reached my spine and I was a paraplegic.

“ I was shot again in the leg and I had to amputate my left leg because both injuries were caused by a very high calibre bullets. 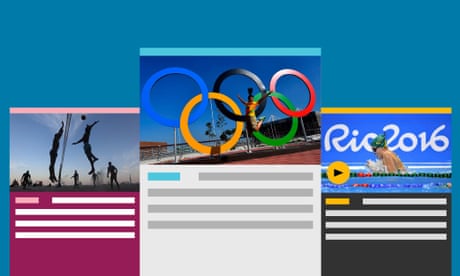 “Me my family, we are good people. They entered our community and they were quite aggressive. We had tanks and barricades and barbed wire. It was like a war.

“We were very much afraid and it affected the way I lived,” said Santiago, who spent 98 days in hospital and was given only a 7% chance of survival.

“The police, the soldiers accepted the blame for what happened and we have to go after our rights. The government and the state have given me nothing, not even a band aid.

“ My bed and my wheelchair were donated by the community. The diapers I still use today were also a donation,” he said.

While it is important not to simplify a complex issue, in broad terms critics argue that any progress made in seeking to break down barriers between police and communities has been set back by the overriding imperative to aggressively crack down before the World Cup and Olympics.

“The sporting authorities did not learn from the Pan American Games or the World Cup and did not put in place any measures to stop this happening again in the run up to the Olympics,” said Neder.

“The candidacy documents of Rio 2016 had two important parts on public security.

“When Rio applied to be the host city, they promised a legacy of public security and a safe city for our residents.

“ They have failed.”Andrea Florence, a lawyer with the children’s rights organisation Terre des Hommes, highlighted the scale of evictions as a result of the wave of redevelopment related to the grand plan to use sporting events to reverse 30 years of decline in Rio’s infrastructure.

“In Rio alone, more than 22,000 people have been removed since 2009, according to official statistics. This was the biggest wave of removals Rio has ever seen. Our message is clear: the Olympic Games should never harm families or children,” she said.

“Though the host city bears ultimate responsibility for human-rights violations, sports governing bodies such as the IOC are also obliged to respect human rights.”

The focus has been on the long, bitter battle over the fate of Vila Autódromo, a small community that sat cheek by jowl with the Olympic Park. The road that runs up to a new Marriott hotel and a vast car park is now called Rua Vila Autódromo.

“There were originally around 600 families but when Rio won the Olympics pressure from city hall to vacate the premises intensified,” Florence said.

“That led to energy cuts, lack of clean water, rubble left lying around and police violence during forced evictions. To put it bluntly, Vila Autódromo resembled a war zone.”

During a long and bitter battle most people left for new housing – with the mayor of Rio, Eduardo Paes, claiming the majority were happy to do so – but a rump of around 20 remained long enough to be granted permission to stay.

“Eduardo Paes decided things had to be done that way and we had to be relocated. They came in with all the police and relocated us.

“They came along and put all of our belongings in storage as if we were dogs,” saidNaomy Oliveira, who is now 14 and relocated along with her family.

“Now I’m grown up and I have to know what life is about and not be manipulated by governments. This was an experience for me to learn. I am older now.”

Handled in the right way, major events could have even been part of the catalyst for it but the way in which it has been achieved has not benefited its poorest inhabitants.

The battle over Rio’s legacy will be keenly fought. It’s thrusting, ambitious mayor will point to the swish new metro line – opened just before the Games as promised – and redevelopment of the old port area as evidence the Games have delivered.

Others see the privately financed schemes as evidence they are delivering for only a very small strata of society.

Despite its travails, the IOC has at least acknowledged it needs to engage with those pressing for change.

However, the warm words of the IOC’s hitherto unimpressive Agenda 2020 reform programme need to be converted into contractual clauses in the 2024 host city contracts if they are to have any meaning.

Sylvia Schenk of Transparency International said there were signs of progress but that the IOC’s woes had slowed things down.

“In April this year, we sent a letter to IOC president, Thomas Bach, asking the IOC to prevent from the very beginning of the bidding stage to prevent human-rights abuses, children’s rights abuses and corruption.

With protests planned ahead of Friday’s opening ceremony, the tensions at the heart of the modern Olympics and the gap between what they promise and what they ultimately deliver for those in the city that hosts them are not going to go away.

“The IOC is in a situation of scandal and crisis, but it is also a situation for change as well.

“ We have a clear commitment to engage with the IOC and will have a workshop in autumn,” Schenk said.

“The time to deliver on its promises is now.”