Cristiano Ronaldo has revealed to his former Manchester United team-mate Rio Ferdinand the reason he left the club.He explained: “I just thought in my mind ‘I want to go there to show my level, to show that I’m a different player’ and this is what I did.“I arrived, I had a fantastic first season and I improved every season.“But I never forget the Red Devils.”

Ronaldo left United for Real back in the summer of 2009.

Since then the 32-year-old has won the Ballon d’Or on four occasions.

Real Madrid supremo Florentino Perez is ready to launch a £177m (€200m) raid to sign Harry Kane from Tottenham.The Spurs and England striker has been in supreme form in recent seasons and is seen as the ideal man to make the move to the Bernabeu.Spanish outlet Don Balon claim the decline of Cristiano Ronaldo, the fragility of Gareth Bale and the likelihood of Karim Benzema being sold will all lead to Kane being chased.Real know it would likely cost a massive £177m (€200m) to sign the 24-year-old but are not put off by the mammoth asking price.

Perez is said to be willing to do anything to return Real to their attacking brilliance following a slow start to the season. 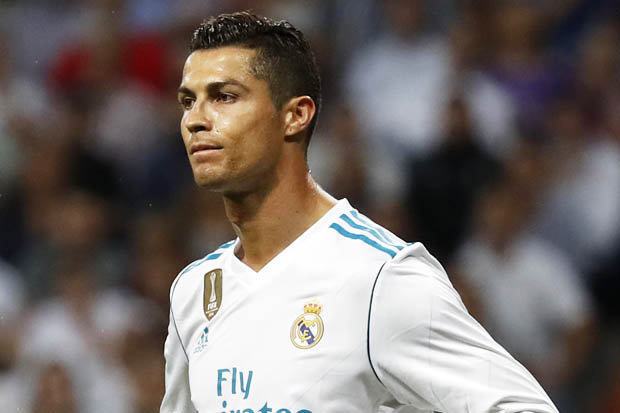 Cristiano Ronaldo has explained why he left Manchester United for Real Madrid
Antoine Griezmann could be heading to Arsenal, according to the bookies.The France international has been heavily linked with a move away from Atletico Madrid in recent months.Griezmann, 26, nearly joined United this summer.But the striker snubbed Jose Mourinho after Atletico were hit with a transfer ban, meaning they cannot field players they sign until January.

And according to Ladbrokes, Griezmann could join Arsenal at the end of the season to replace Alexis Sanchez and Mesut Ozil.

The odds have been slashed from 10/1 to 4/1 after Alexandre Lacazette announced he would try to persuade the hitman to join the Gunners.

Alex Apati of Ladbrokes said: “Wenger may have to accept he’ll lose two of his key men in the next few months, but the latest odds suggest Griezmann may just soften that blow by agreeing to trade Atleti for Arsenal.”