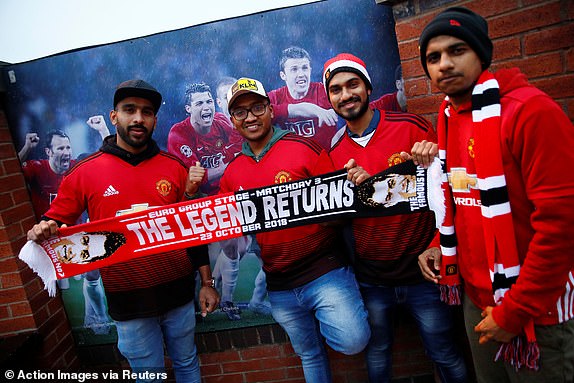 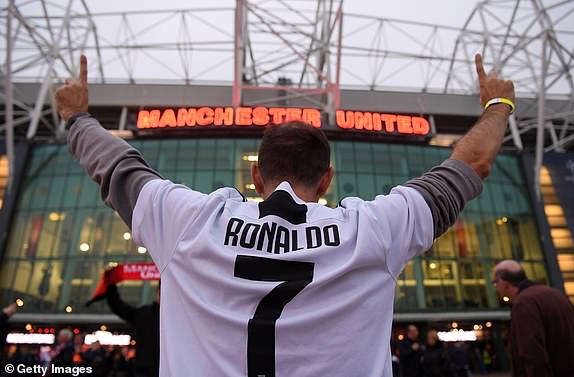 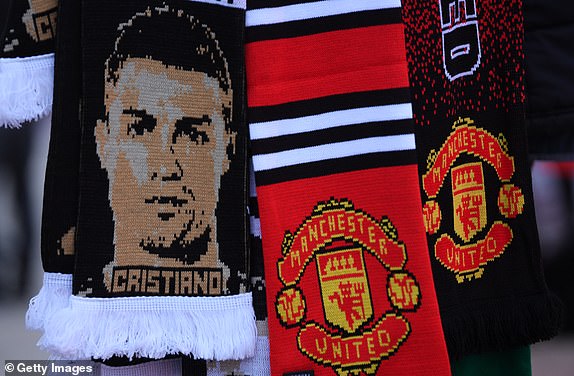 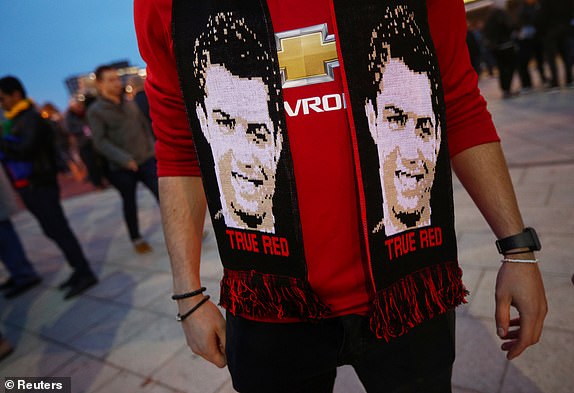 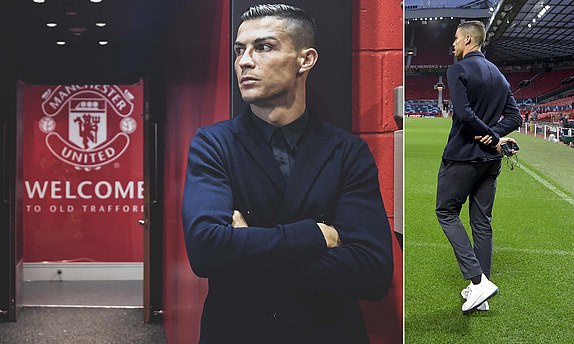 Cristiano Ronaldo returns to Manchester United as his Juventus side visit Old Trafford to help mark the halfway point in the Champions League group stage.

Juventus currently top the group with two wins from two, with United also unbeaten a couple of points behind in Group H.

But Jose Mourinho will have eyes on securing top spot, and will be hoping an improved performance in the draw at Chelsea on Saturday can lay down the foundations to see off the Italian champions.

Elsewhere in the group Young Boys host Valencia in the earlier kick-off time. 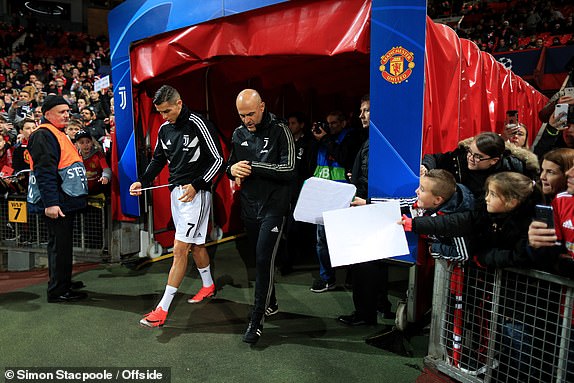 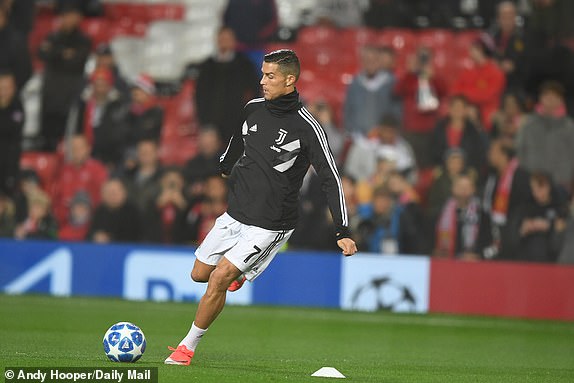 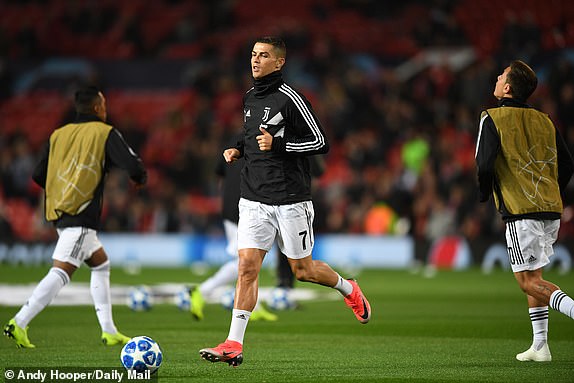 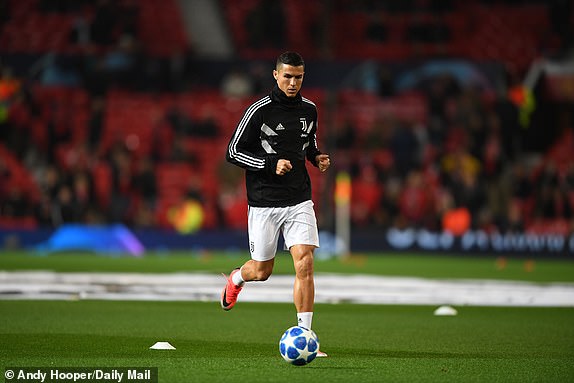 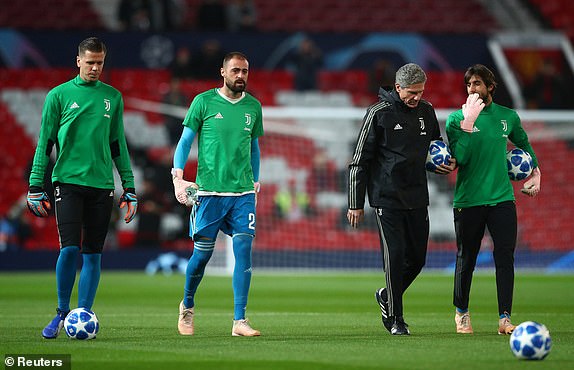 19:29
And here are the Manchester United players finally arriving 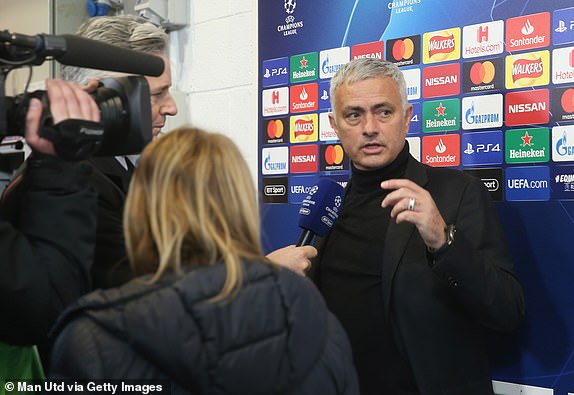 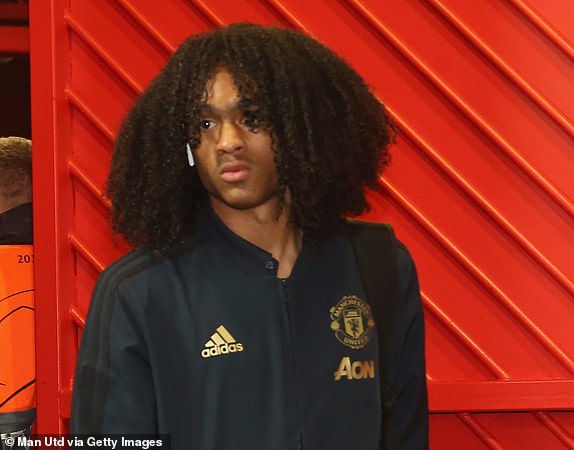 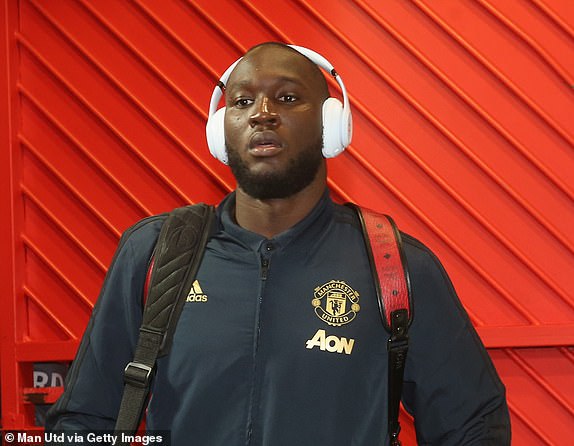 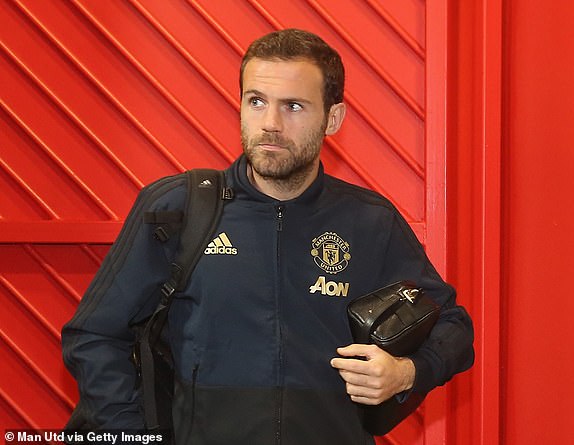 Manchester United’s greatest ever escape: How Fergie’s men toppled mighty Juventus in 1999 thanks to that ‘bloody single-minded competitor’ Roy Keane… now can Jose Mourinho’s side do it again?

ADAM CRAFTON: Twenty seasons have passed, but for a generation of Manchester United fans, the memories endure of the night Sir Alex Ferguson’s side stunned a stellar Juventus team by recovering from 2-0 down in Turin to defeat the Italians on their way to an historic Treble.

It was a night famous for ensuring United’s first Champions League final for 31 years but also for the defiant performance of Roy Keane, who was cautioned when his side trailed, meaning he would miss the final. Paul Scholes also picked up a card to miss the Barcelona showpiece. 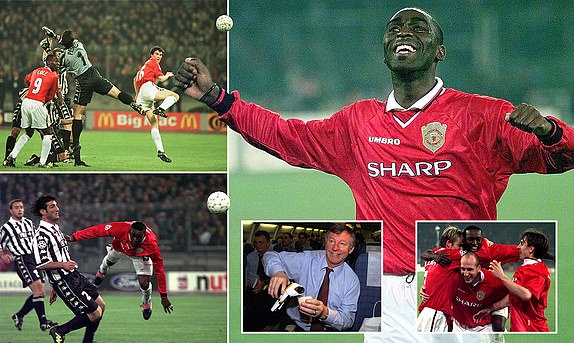 19:17
Led by Ronaldo, Juventus have also arrived at Old Trafford

Better news for both United and Juve, Young Boys have equalised against Valencia, with Guillaume Hoarau on target from the penalty spot.

‘Yes. You know we change the hotel, the hotel is around the corner,’Mourinho told BT Sport.

‘The players are in the bus for 45 minutes but I walked in the middle of the fans, nobody recognised me.

‘I took two minutes but what I did in two minutes the players couldn’t do in 45 minutes. Juventus had the same problems but I informed the UEFA delegate because we don’t want to be fined again.’ 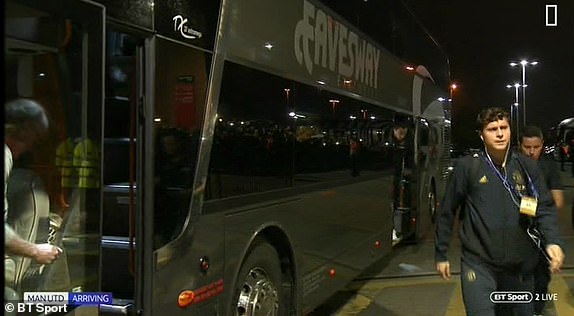 Following ten straight wins, Juventus were brought down to earth with a 1-1 draw against Genoa at the weekend and make two changes at Old Trafford.

Into the side from the stalemate come Giorgio Chiellini and Paulo Dybala as Medhi Benatia and Mario Mandzukic make way.

18:54
No parking the bus tactics from United again tonight…

Because their bus is set to be late AGAIN. Incredible really. They turned up late against Valencia and now they are set for a mad rush after getting stuck in traffic.

A fed up Jose Mourinho has apparently walked the last half-mile among the crowds. Who does the logistics at United?

Which means it is the same team that started the 2-2 draw at Chelsea – that is the first time since last December he has name an unchanged team.

Perhaps more of note, 18-year-old Tahith Chong is on the bench and you can read more about the 18-year-old here. 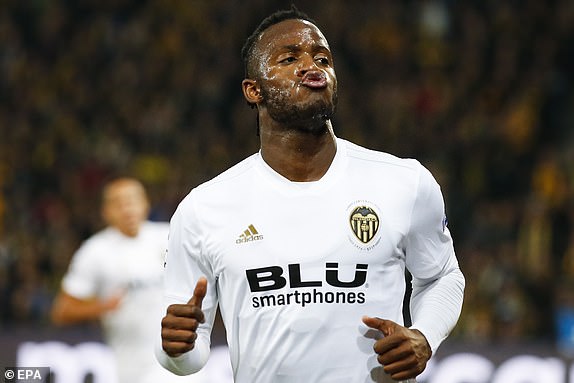 18:38
From former United and Juventus star Patrice Evra on Twitter

‘And for a rough translation: Going away from Manchester United for personal reasons was the hardest decision of my career. Playing and loving Juventus was the easiest and most importantly incredible decision! I will be proud forever mamamiaaaaa thanks for all Juve force to the end and #GGMU!’

Behind the scenes of Cristiano Ronaldo’s return to Manchester United: Juventus star reacquaints himself with Old Trafford as he admits he won’t celebrate if he scores against former club in Champions League tie

MAX WINTERS: Cristiano Ronaldo reacquainted himself with his former home on Monday as he took a tour around Old Trafford before Juventus play Manchester United in the Champions League.

Valencia have taken the lead at Young Boys with Chelsea loanee Michy Batshuayi latching onto a clever pass in the 26th minute before taking the ball past the keeper and rolling the ball into an empty net.

18:20
Mesh barriers have been put up in the away end at Old Trafford 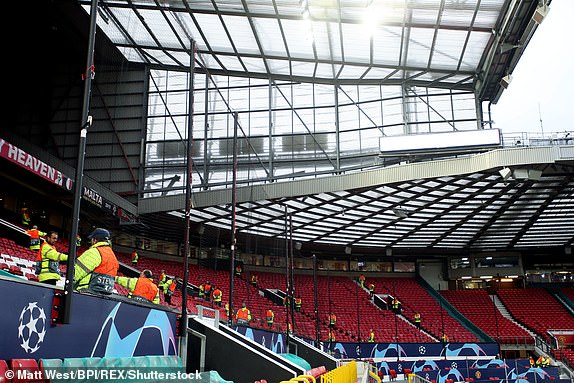 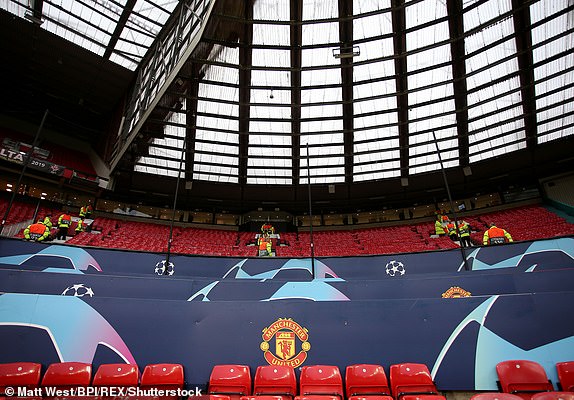 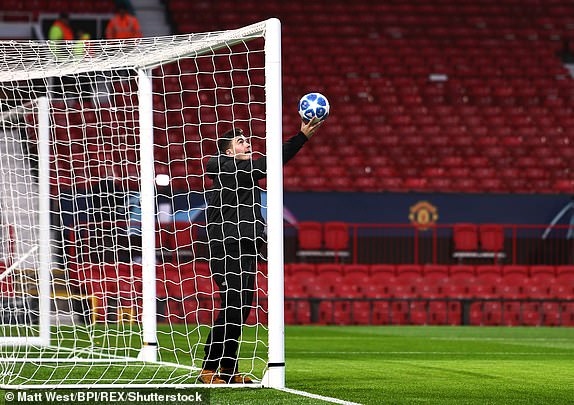 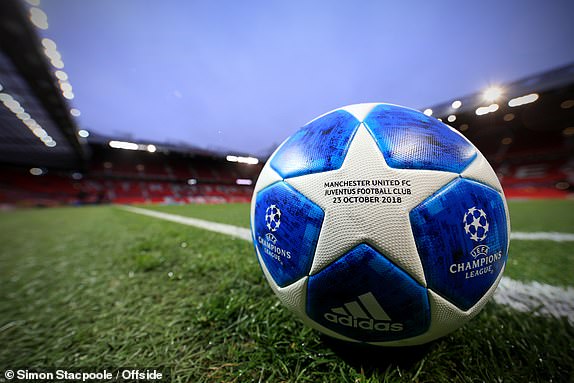 The contest will mark the halfway point of the group phase

18:11
Lots of hype for the return of Ronaldo at United this evening

LIVE: Manchester City, Rea Madrid plus the rest of the action

We will be focusing on United here (plus updates from the other game in Group H where Young Boys and Valencia have kicked off) but be sure to join Will Griffee on this link for the rest of the evening’s action that includes Manchester City, Real Madrid and Bayern Munich. 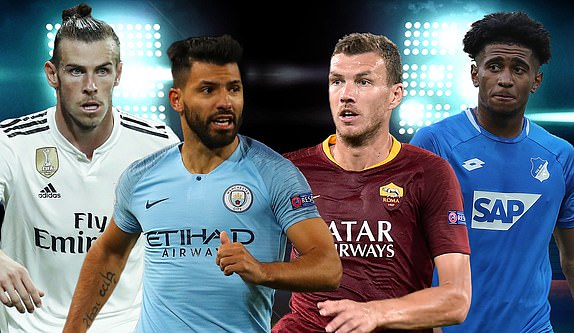 Click here for more fixtures, tables and results with our Match Zone 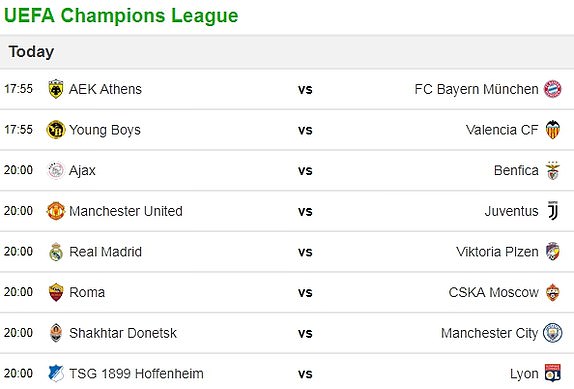