Being an athlete must give you a messed-up perspective on mortality. On the one hand you are the very model of physical perfection, able to run faster, jump higher and look buffer than your fellow human beings. On the other, the very thing that sets you apart, that defines you, has a short shelf life. Measuring your shelf life against, say, a psychiatrist, would be like comparing best-before dates between raw fish and baked beans.

Roughly speaking, it seems 40 is the cut-off point for top-level sport. Beyond that you are either an equestrian, a sailor or promoted by Barry Hearn’s Matchroom Sport. If 40 is the landmark birthday from which no athlete returns, what does that make 30? You might imagine it as a version of middle age where you know you’re past your best, that younger rivals are on you, but where you would still back yourself against most of them and certainly wouldn’t give up without a fight. Just as in real life, you would be thinking about how to eke this thing out, and how to leave something behind once you’re done.

We got an insight into the athletic mid-life this week with the transfer of Cristiano Ronaldo. Thanks to an abdomen that looks like a tray of brioche buns, the 33-year-old Portuguese has become the modern epitome of the Adonis. Albeit, one with his own line of microfibre underwear. Even Ronaldo has to consider the passing of time, however, and his move to Juventus comes with its own considerations of load and legacy. He has signed for a club nearly, but not quite, as prestigious as the one he left, Real Madrid. He will earn a pay rise but have a lower chance of winning the Champions League. He will never play in El Clásico again but has taken on a challenge decidedly more imposing than that of striking showboat volleys past the dodgy keepers of the Chinese Super League.

Ronaldo turned up for his first press conference with a buzzcut and wearing an elegant club suit. In tribute to the viral Twitter thread analysing the brooches worn by the Queen during the visit by Donald Trump (each was found to convey hidden, decorously insulting messages), it was tempting to look for meaning in his sartorial choice. The suit was charcoal grey, skinny and sharp, a contrast to the full kit he wore while doing keepy-uppies after signing on at the Bernabéu. The club insignia on the breast pocket also felt like a signal; that Ronaldo did not want to be seen as bigger than the club. “Juve is ready, I will be ready,” he said of the season ahead. “I am 33, not 23 and I just want [people to] think of me in the present tense.”

Perhaps Ronaldo sees affinity between himself and the Old Lady of Italian football, storied competitors who want to prove they still sit at the top table. It may also be the case that he sees some benefits from switching to Italy’s more beneficial tax regime, too; another facet for the 30-something athlete to consider.

Tennis players cannot move clubs. But this sport is experiencing its own 30-something marvel, in which elite athletes have been facing down their own bodies to produce tennis comparable to that of their physical peak. Novak Djokovic, at the age of 31, returned from persistent injury to win his 13th grand slam title at Wimbledon last weekend. Between him and two other 30‑somethings, Roger Federer and Rafael Nadal, they hold all four majors.

They have each staged their own remarkable comebacks and physical restorations, putting younger players to shame with their dedication to both the technical and physical part of the sport. This year John McEnroe described Federer’s enduring vitality as “beyond belief”. The 31-year-oldAndy Murray, struggling with his own body and ranked No 839 in the world, knows which example to follow. 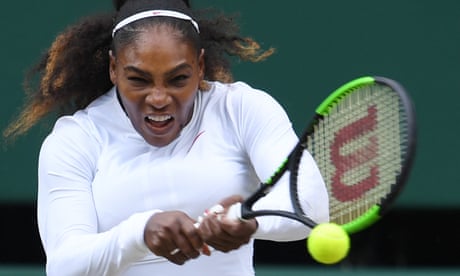 For female tennis players in their 30s, there is another consideration even more profound than the willingness to push an ageing body to its limit. Maternity. Serena Williams, 36, predictably made short work of any controversy over her seeding at Wimbledon by reaching the final at a canter. But the matter still remains: the Slovak Dominika Cibulková, who lost her seeding to Williams, described the situation as “unfair” but acknowledged during the tournament that the question of raising her own family is, at the age of 29, coming to the forefront of her mind – “I don’t see myself as coming back after a baby”.

It is a live dilemma for most female players and if Cibulkova were to retire before having children she would be in the majority. That said, if there was more effective support for mothers in the game (something being argued for vocally by Victoria Azarenka and other players) maybe the choice would not need to be so stark.

Tennis is not the only sport that looks like it needs a discussion about maternity. Only 1% of players in the FA Women’s Super League are mothers, for example. And maternity is not the only issue that confronts female athletes with regards to equality, especially in their 30s.

But such matters do not always have to be that way. While a life in sport is comparatively brief, this week has given striking examples of athletes in their 30s finding ways of resisting that good night. Perhaps still more resistance should be expected.