The Man United and England star ran up the bill on roulette and blackjack as he desperately chased his losses.

One witness at Manchester’s 235 Casino said: “He was gambling a lot on red and seemed to be in his own world.”

Gambling-mad Rooney frittered away more than £4,000 a minute on blackjack and roulette during the casino losing spree.

Onlookers said the Manchester Utd and England ­legend arrived at the casino alone at midnight and spent two hours switching between the two games as he knocked back beers.

One witness said: “Wayne was being extremely reckless, laying down chips which amounted to massive bets.

“He was drinking bottles of beer. But he wasn’t drunk.

“He was more interested in the gambling than drinking.

“He was gambling a lot on red when he was playing roulette — which seemed appropriate — and was putting long-shot bets on solo numbers. He kept losing but that just prompted him to bet more.”

“He was chasing his losses, which was just making things worse for him. People in the casino were looking at him and were stunned at what was happening.

“He was cursing under his breath and seemed to be in his own little world — fixated on the tables and all the machines around them.

“He looked really down in the mouth towards the end.

“But the casino staff always look after him and he gets VIP treatment in there. He obviously earns a lot but it is still a pretty crazy amount to lose.”

The spree comes after UK football has been rocked by a series of gambling scandals — including an 18-month ban for Burnley’s Joey Barton over betting on matches.

Rooney’s vast losses will infuriate wife Coleen, who was on a trip away with their sons Kai, seven, Klay, three and one-year-old Kit during his spree at Manchester’s 235 Casino.

The pair have clashed in the past after he ran up a huge betting bill.

Rooney, 31, went to the casino, where he has a private account, after United’s Europa League home win over FC Rostov on March 16.

The United skipper had not played because of injury and watched the game from a box at Old Trafford.

The witness said: “It was midnight when he arrived and the middle of the week so there weren’t that many people in the casino. Wayne went to the VIP area and was in there until 2am.”

“He was losing thousands a minute, and hundreds of thousands per hour. It’s an unbelievable amount.

“The problem with Wayne is he thinks he’s lucky and that he’s always going to win.

“But the truth is he’s not and he is not half as good at a blackjack or roulette table as he is on the pitch.”

Man Utd captain Wayne Rooney speaks to press about European finalRooney, who is still officially England captain, admitted in his autobiography that Coleen had been furious when he lost £50,000 gambling early in his career.

And she is likely to be equally angry about the latest spree.

A separate source said: “Coleen was away in Europe with the boys. This is the last place on earth she would want Wayne to be — and that’s before he’s gambled away half a million quid in a few hours.

“I wouldn’t want to be in Wayne’s shoes when Coleen finds out. It’s an obscene amount of money in anybody’s book.

“She is sensible and a successful businesswoman, so this will horrify her.”

MOST READ IN NEWS 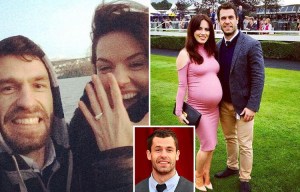 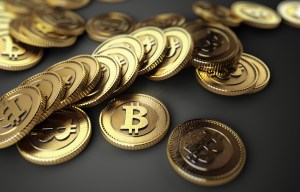 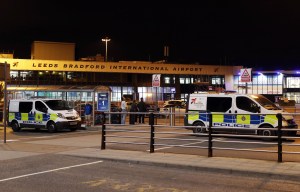 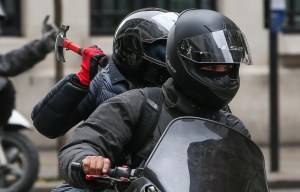 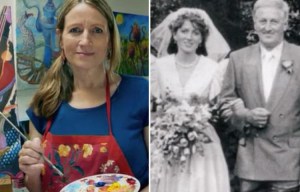 Rooney, who earns £300,000 a week at United, has struggled for form this year despite becoming the club’s record goal-scorer.

He is a regular at the casino, whose clientele includes former footballers Rio Ferdinand and Ryan Giggs and actresses Kym Marsh and Michelle Keegan.

Rooney’s account there is thought to be linked to a credit card. He met call-girl Jennifer Thompson at the gambling club in 2010.

The striker, who is the face of United’s social poker betting app, was back at Casino 235 last Sunday.

He has a history of gambling woes that stretch back to his early days as a teenage star at Everton.

In his book My Story So Far, Rooney said: “I didn’t do any proper gambling until my second year at Everton, by which time I was earning good money.

“When I was at home on my own, watching horseracing, dog racing or a football match I had no involvement with, I’d often put on a bet to make it more interesting.

“I wasn’t putting on huge amounts, just a few hundred at a time or perhaps a thousand now and again.

“When Coleen found out she was furious. I said I would give up which I did. For about a year I didn’t put on a single bet.”

Rooney also wrote about how an England team-mate gave him the number of a private bookmaker and said he bet out of “boredom” when Coleen was out.

Two years earlier it was revealed he ran up debts of £700,000 in a secret England dressing-room gambling ring.

He later denied falling out with Michael Owen over the debt. In his book Rooney told how he placed his bets by text.

He said: “I never spoke to or met the bloke to whom I was sending my bets.

“I just knew him as Mike. At first I’d just put on £100 but then it started creeping up into the thousands. In the first few months I did well.

“On three separate occasions I won good sums which came to £51,000. I was paid my winnings in cash by a young lad who visited the training ground.”

He added: “I had an idea I was doing badly and did what most gamblers do. I chased my bets and tried to recoup my losses by putting on bigger sums.

“Eventually the story appeared in the newspapers. In a way I’m glad it did all come out.

“It shocked me into realising how much I’d been betting and losing and how stupid I’d been.”

Steve Pope, a professional psychotherapist who has treated Premier League footballers for gambling addiction, said Rooney needs to deal with the problem immediately.

He added: “If he doesn’t address the large amounts of money he’s spending and start refocusing on football, he’s finished.

“No matter how many millions he’s got the bank this has the potential to ruin him.

“In my opinion it sounds like he’s looking for alternative highs because his football career is failing.

“I’ve worked with hundreds of footballers and the reason they’re addicted is because they obsess about their football and have an addictive personality, meaning most footballers have the potential to fall into an addictive cycle.

“Rooney was earning big money at 18 and has money to burn.

“It’s as addictive as cocaine. It’s the same high. I would challenge him to come clean about his gambling and seek counselling.”

Manchester United boss Jose Mourinho says Rooney should be on bench for AnderlechtRooney has been linked to transfers to China as well as Everton — but said this week he wants to stay at Old Trafford.

It has been reported that two weeks ago, Rooney cosied up to a w oman in a cheser pub while Coleen was abroad.

Footage also emerged of him collapsed in a taxi on a different night out.