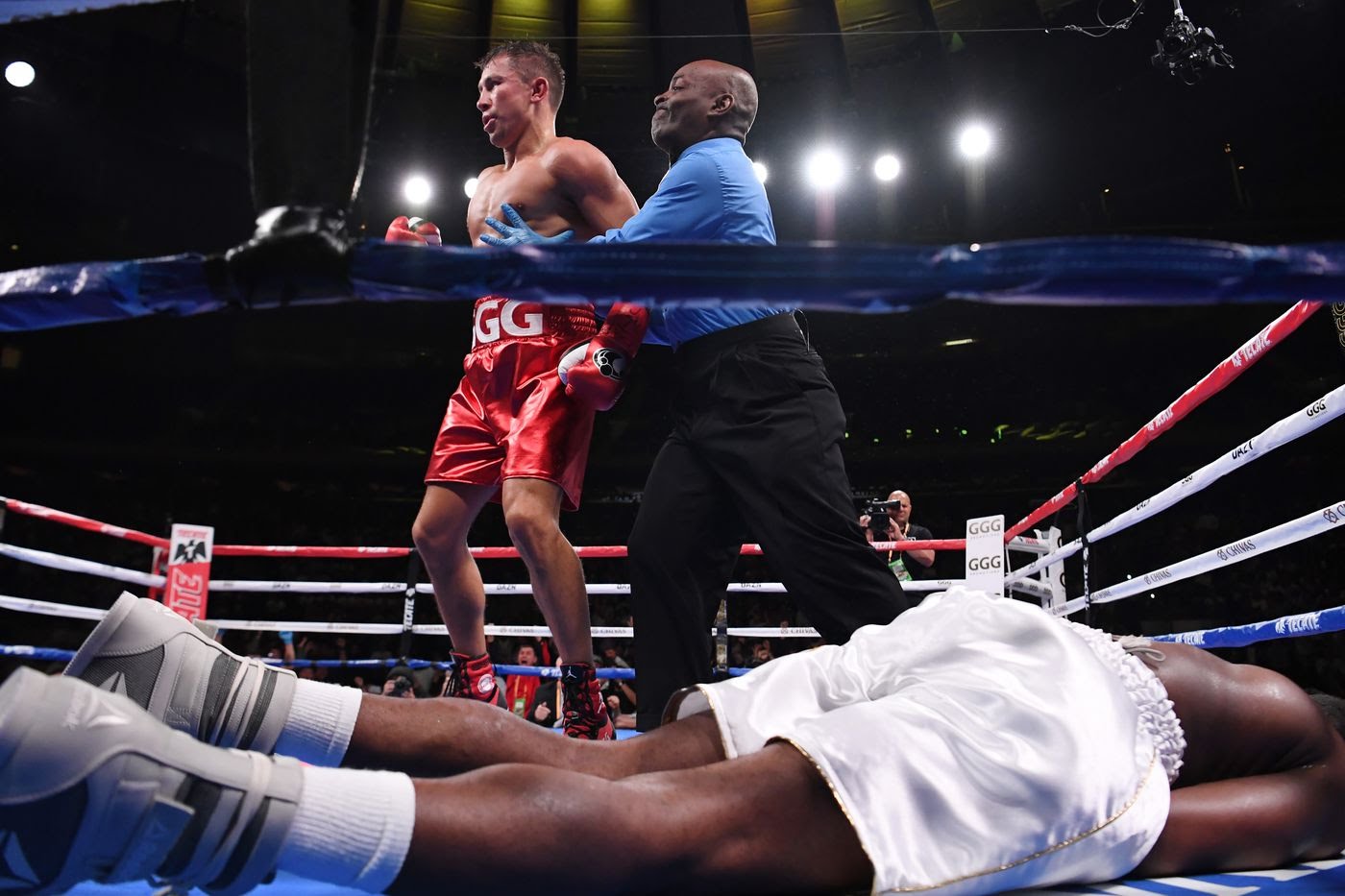 Gennadiy Golovkin added another highlight knockout to his reel, last night on DAZN, stopping the Canadian fighter Steve Rolls in the fourth round of main event.

Rolls would beat Golovkin to the punch in a number of instances, but Golovkin’s power was the great equalizer.

In the fourth round, Golovkin buzzed Rolls badly with a chopping punch that landed on the top of Rolls head. Rolls backed to the ropes and Golovkin wouldn’t let him off the hook, and ultimately landed a nasty left hand right on the jaw that put Rolls face down on the canvas.

Rolls would try to get up, but was clearly out of it, and then tumbled trying to get up, not making the 10-count.

“I feel great. I feel like a new baby,” Golovkin said in the post-fight interview, speaking on his performance under new trainer Johnathan Banks.

Golovkin also added that he hopes to land a third fight with Canelo Alvarez in the fall, and that he expects the business to get hammered out.

In chief support of the main event were super middleweights Ali Akmedov and Marcus McDaniel facing off in a 10-round contest. Akhmedov, however proved to be way too much for McDaniel, stopping him in the third round at the 1:41 mark.

Akhmedov (15-0, 11 KOs) imposed his size and aggressive style on McDaniel (15-1, 2 KOs), and consistently cut off the ring early to apply pressure to McDaniel. With McDaniel unable to get the space he wanted, he resulted to trying to counter while immediately reaching for a hold, otherwise duck his head really low over and over.

That ultimately caused Akhmedov to hit McDaniel behind the head several times, not that Akhmedov really cared either way.

A sequence in the third round had McDaniel on the ropes and lowering his head once again when Akhmedov chopped down with a shot that landed squarely in the back of McDaniel’s head, putting him down.

The punch messed up McDaniel’s equilibrium and the referee didn’t like the look in his eye, halting the fight once McDaniel got up.