Sadio Mane: the long way to the top

There were more than a few eyebrows raised on Merseyside at the end of June when Liverpool agreed to pay £34m for a player who had only two years remaining on his contract at Southampton. Eight months on, such is the impact made by Sadio Mané that any dissenting voices are not so easy to find these days.

The 24-year-old’s two goals in the space of 138 seconds against Tottenham Hotspur in the last round of Premier League matches not only finally ended a barren run of five Premier League games without victory for Jürgen Klopp’s side but also confirmed that Mané has easily surpassed Luis Suárez’s record from his first 21 matches for Liverpool. While the Uruguay striker found the net eight times and provided three assists in that period after signing from Ajax in 2011, his successor has already managed 11 goals and four assists in his first season at Anfield. 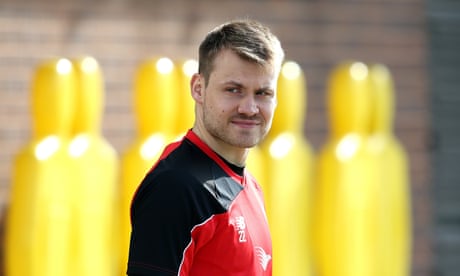 But perhaps the biggest compliment to the Senegal international was the effect his absence at the Africa Cup of Nations in January had on his new club: only one victory from the nine matches played, just eight goals scored and costly defeats in all three competitions Liverpool were still involved in. Indeed, so desperate was Klopp for his star forward to play in the last of those – the 1-1 Premier League draw with Chelsea on 31 January – that the club arranged for a private jet to bring him home from Gabon after Mané’s miss in the penalty shootout against Cameroon saw his country surprisingly eliminated at the quarter-final stage.

“We went straight away to his house in Liverpool so when he returned we were there already,” his agent Bjorn Bezemer recalls. “The club organised a jet to make sure he was back in time for training so we tried to liaise with them and make sure that everything was ready for him. Sadio was still quite upset when he got back because he feels a responsibility for his country but we tried to explain that these things happen in football and you can recover from them quickly. Maybe it helped that the Chelsea match was the next day and Liverpool needed him. The most important thing for me was that he wasn’t sat at home alone just staring at the walls.”

Ever since he was spotted by scouts from the Génération Foot academy in Dakar at the age of 16, Mané has been destined for the big time. Established by former professional Mady Touré with the support of his childhood friend, the singer Youssou N’Dour, the academy also helped to develop West Ham’s Diafra Sakho and former Newcastle striker Papiss Cissé, but as Touré told the Guardian in 2014, the boy from Sédhiou in the remote Casamance region nearly 500 miles south of Dakar was always the jewel in the crown.

He was snapped up by the French side Metz in 2011, although a serious injury almost prevented him from being given a chance in the first team. The club’s relegation to the third tier proved decisive, however, with Red Bull Salzburg paying around €4m to take him to Austria after some impressive performances at the 2012 Olympics.

“He had some interest from other clubs but in the end, Red Bull paid a lot of money so it was decided by Metz that he would go to Austria,” remembers Bezemer, a former lower-league player from Bremen, Germany who established his arena11 sports group in 2007. “The league there is OK but you have to find the point to leave. If you are there for more than two years there is a danger that a player will get used to the rhythm and lose their opportunity to make progress. Sadio is the best example of this because he has continued to improve every season.”

Mané’s success in breaking the 20‑goal barrier in his two campaigns in Austria captured the attention of clubs in more established leagues, although Bezemer admits the decision to join Southampton on transfer deadline day in 2014 was far from straightforward.

“Sadio had offers from places like China and Russia but also bigger clubs in Europe. We said: ‘no, now is not the time to make just big money or sitting on a bench in a top club, we want to take a career step’, so he accepted the offer for less money from Southampton because we felt this was the right move at that stage. I had a few conversations with the manager and director of football there and they gave us a good feeling. Sadio trusted in the right people and in the end it paid off.

“Our plan for Sadio has always been to make him Africa’s best player,” he adds. “The most important thing was to manage him to take the right decision. It’s easy to make a fast deal but we prefer to have a long-term relationship with all of our players.”

A major test of that determination to succeed came in the aftermath of Senegal’s Afcon exit. In the days following the penalty shootout defeat, Mané was criticised for the failure of Aliou Cissé’s side to fulfil their status as tournament favourites by winning a first continental crown, while a car belonging to his uncle was badly vandalised in Dakar. According to Bezemer, that could easily have derailed another player but instead Mané responded with a cameo off the bench in the draw against Chelsea before his man-of-the-match performance against Tottenham.

“He was upset but the best thing was for Sadio to play again,” he says. “We spoke before the game because I like to have direct contact with a player. Even now Sadio speaks very good English and even German, but I prefer to communicate in French with him, it is a kind of respect I want to give him.

“To be close with a player you must spend time with them. My brother Jan and I will spend five or six days a month with a player at his house. We try to help them with day-to-day things but it’s more about spending time together – sometimes we are cooking meals together or we may discuss about life in general.”

Following rapidly in Mané’s slipstream is another African player with the potential to make it all the way to the top. Naby Keïta left Salzburg last June to join RB Leipzig in Germany for £12m and the Guinea international has impressed as Ralf Rangnick’s newly promoted side have surprised everyone in the Bundesliga with an unlikely title challenge. Arsenal are among the clubs to have scouted the 22-year-old, who Bezemer counts as one of 20 elite players he now represents in Premier League and the Bundesliga.

“We are not in a hurry – it’s also an option to stay, especially if Leipzig qualify for the Champions League,” he says. “But the big difference with Mané and Keïta are their characters – they are determined to become the best they can be. They want always more and don’t forget where they are coming from. For both, the main objective is winning titles and they know everything else will follow on from that.”

Before the game against Spurs, a story surfaced about Mané’s decision not to move to the London club despite holding meetings with Mauricio Pochettino at Tottenham’s training ground. Manchester United had also expressed an interest, although Bezemer insists that rather than being down to high wage demands, the choice of Anfield was left to the player himself.

“It was the same when he left Salzburg – we wanted to make the right step in the right club at that moment,” he says. “I knew Jürgen Klopp from Germany and thought that he could be the right coach to take him forward after Southampton. You never know what will happen so it can be a bit of guesswork. We tried to find out about Liverpool before he committed himself to them and it is not only the coach, the whole club is top professional. I think it worked out pretty well.”

The red half of Merseyside would certainly agree.