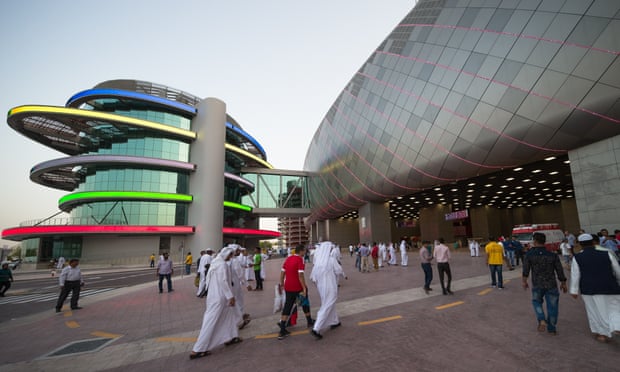 The prospect of Qatar hosting the 2022 World Cup has been plunged into the most serious doubt after the country’s neighbours broke off diplomatic relations and blockaded its borders. In a culmination of hostilities simmering for years and accusations that Qatar is a major funder of terrorist organisations, Saudi Arabia, the United Arab Emirates and Bahrain have closed the only land route into the tiny peninsula and refused to allow use of their sea ports or airspace.

The multibillion-dollar preparations to host the 2022 tournament, which involve building nine stadiums and huge infrastructure, is put into perspective by local reports that Qataris are so worried about the blockade that they are stocking up on food. The border with Saudi Arabia is the only road route into the country; Qatar relies on sea ports for its materials and the blockade of airspace is a huge logistical handicap to the country and its flagship airline, Qatar Airways.

The “supreme committee” responsible for building the 2022 World Cup facilities did not issue a public statement but a source acknowledged that the seriousness of the crisis is greater than any of the formidable challenges Qatar has faced since winning the vote in 2010 from Fifa’s now discredited executive committee. The tournament has been switched to the winter to avoid searing summer temperatures, a series of investigations has been held into strongly denied corruption allegations and there has been worldwide criticism of the country’s treatment of its migrant construction workers. 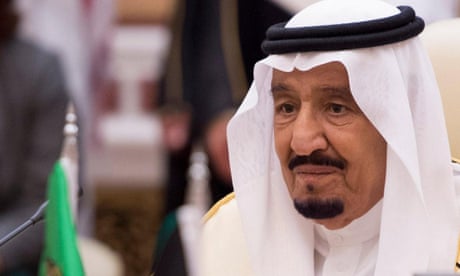 Saudi Arabia said in a statement that it had broken off physical and diplomatic contact due to Qatar’s “embrace of various terrorist and sectarian groups aimed at destabilising the region”. Resentment has been growing for years, principally over Qatar’s support for the Muslim Brotherhood in Egypt, an organisation which the UAE vehemently opposes, but Saudi Arabia also accused Qatar of supporting al-Qaida and Islamic State, extremist groups which have carried out atrocities in the Middle East and Europe.

Qatar has always denied the accusations that it funds terrorist groups and its foreign ministry said in a statement responding to the blockade: “The state of Qatar has been subjected to a campaign of lies that have reached the point of complete fabrication. It reveals a hidden plan to undermine the state of Qatar.”

Qatar’s ruling family and emir, Tamim bin Hamad al-Thani, have always intended that hosting an event as globally captivating as the World Cup will dramatically boost the tiny but wealthy country’s profile, and that such “soft power” could help be a bulwark against interference from its neighbours. Now, although there are five years to go, the entire project is facing major doubt.

The English Football Association did not comment on the crisis but the German FA (DFB) president, Reinhard Grindel, said he would discuss it with the German government and Uefa. Grindel promised to look for a “political solution” but said: “The football community worldwide should agree that … major tournaments should not be played in countries that actively support terror.”

Fifa, now sponsored by Qatar Airways, declined to comment except to say: “Fifa is in regular contact with the Qatar 2022 local organising committee and the supreme committee for delivery & legacy handling matters relating to the 2022 Fifa World Cup.”