“It is dangerous to make predictions, especially about the future.” Some attribute that quote to Mark Twain. Others to the legendary baseball player and coach Yogi Berra. Either way, it’s useful advice for anyone daring to decipher what 2019 might hold. So with that in mind, consider what follows as less of a forecast and more of a game of pin-the-tail-on-the-donkey. Hopefully in 12 months’ time I won’t look like an ass.

Anyone betting that Tiger Woods would win anything more than his local pitch-and-putt 18 months ago would have been laughed out of the bookies. Now, after recovering from his fourth back surgery, all bets are on. Woods is as short as 9-4 to win a major in 2019 and while he turned 43 on Sunday, and hasn’t won a major in a decade, would you dare bet against him? Especiallyas he has won at Augusta four times, and has victories at Bethpage Black, which will host the US PGA, and Pebble Beach, which will stage the US Open. If his back holds up, watch out: Woods’ 15th major is on. 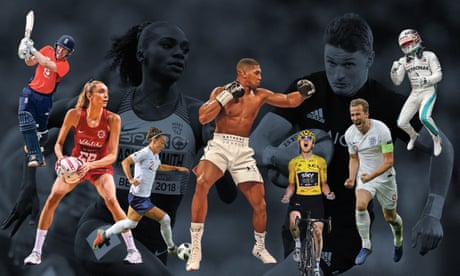 If boxing followed the rules of logic or the free market, Anthony Joshua would fight Tyson Fury at Wembley in April, followed by the winner meeting Deontay Wilder in an autumn mega-fight for the unified heavyweight title. It sounds so simple, doesn’t it – the best taking on the best at their best – yet a swamp of boxing politics and arguments over money needs to be waded through first. With Joshua most likely to face Dillian Whyte next, the prospect of him taking on his two biggest rivals before 2020 looks slim.

English cricket to have a great year. Wider population to remain ambivalent

When I was young I spent summers with a cricket bat in hand and winters listening to Test Match Special and playing Test Match – the “authentic action-packed table top cricket game, officially endorsed by the England Test team” – the game’s original Big Bash. I bet there were thousands of others like me, too. And while cricket is not nearly as loved or cherished these days, there is a obvious chance for a recalibration in 2019 given that England are favourites for a home World Cup and an Ashes series is also looming. Whatever happens, any measure of success must go beyond victories and trophies. And with no free-to-air matches, how many kids will be able to distinguish Joe Root from Joe Bloggs, or want to pick up a bat themselves?

Providing England’s Lionesses do well – and they are ranked fourth according to Fifa’s rankings – then the Women’s World Cup should be a breakthrough moment for women’s football in England. Already there is a powerful momentum – when England reached the semi-finals four years ago a peak audience of 2.4 million watched them lose to Japan, while their Euro 2017 semi-final against the Netherlands on Channel 4 had over four million viewers, the biggest ever British audience for a women’s football match. With BBC holding the rights for France 2019, expect the game to take another big leap forward if England can make the semis again. 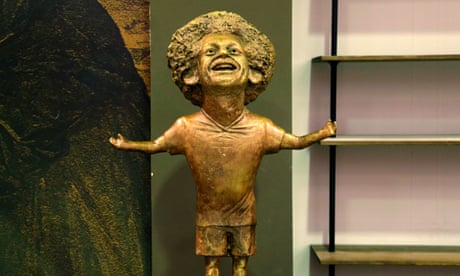 The alternative sport review of 2018, from Kanté’s curry to Salah’s statue

Since the start of the 2004 season, Roger Federer, Rafael Nadal, Novak Djokovic have won an astonishing 50 of the 60 grand slams between them, with Andy Murray and Stan Wawrinka picking up another six. Yet with Federer 37, and Nadal and Murray struggling with injuries for much of 2018, some believe that the golden generation is finally losing its shine. I don’t see it myself. At least not yet. Remember Djokovic only lost three times in the last six months (although all three defeats came against players aged 22 and under) while Nadal is still a monster on clay. Meanwhile Serena Williams will expect to finally surpass Margaret Court’s record of 24 grand slams in 2019 – even at 37.

Russia won’t be banned by the World Anti-Doping Agency

Despite all the twists of the past four years the Russian doping scandal will linger in 2019. For while the Russian Anti-Doping Agency was controversially reinstated by Wada in September it still hasn’t handed over all the data stored in its Moscow Laboratory by 31 December as promised, and faces being suspended again. Rusada’s director general, Yury Ganus, has warned that Russia is “on the brink of the abyss” and faces having its athletes banned from competing at major events, but I don’t see that apocalyptic scenario playing out. The International Olympic Committee doesn’t want Russia out in the cold, after all, so expect some goalpost-shifting or messy compromise again.

The court of arbitration for sport will finally rule on Caster Semenya’s case against athletics’ governing body, the IAAF, in March. But whatever it decides it provoke ire – and possibly chaos. The IAAF argues that intersex athletes have a massive and unfair advantage because their bodies produce far more testosterone than other women. Semenya’s supporters point out that is hardly her fault. Either way, the IOC will be watching closely – for Cas’s ruling over how much testosterone matters in sport could have ramifications not only for intersex athletes, but transgender ones too.