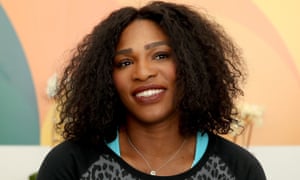 Serena Williams has announced she is engaged to the co-founder of Reddit, Alexis Ohanian.

Williams, who won the women’s singles title at Wimbledon in July, announced the engagement in a poem on a Reddit thread for people to share their engagement stories.

She said in the poem, posted from her verified Reddit account, that Ohanian proposed at the place they first met during a surprise trip to Rome.

Why Serena Williams is the greatest sportsperson ever

Williams wrote: “I came home/A little late/Someone had a bag packed for me/And a carriage waited. Destination: Rome/To escort me to my very own ‘charming/Back to where our stars first collided/And now it was full circle/At the same table we first met by chance/But by choice/ Down on knee/He said 4 words/And I said yes.”

The couple have been dating since at least late 2015, but have kept their relationship quiet, with the exception of a few Instagram posts.

Four weeks ago, Williams posted a photo of the couple at a costume party. Within minutes of the engagement announcement, comments on the photo were dominated with congratulatory messages and emojis.

Williams is widely regarded one of the greatest tennis players of all time and has won 22 major singles titles and a further 16 in doubles. She will aim to win her seventh Australian Open title in Melbourne next month.