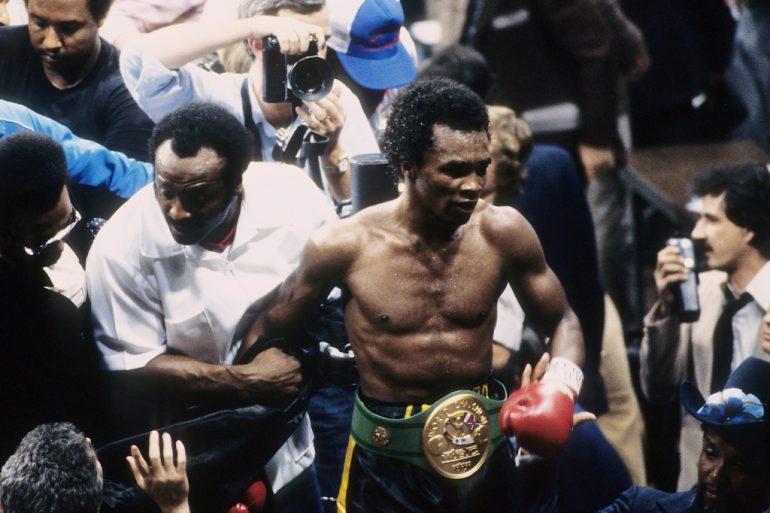 When Sugar Ray Leonard watches IBF welterweight champion Errol Spence and challenger Mikey Garcia make their ring walks at the AT&T Stadium in Dallas, Texas, on Saturday, he will know exactly what is going through each man’s mind.

“Spence is obviously a very strong guy,” said Leonard in an interview with The Ring. “When I first saw him, early in his professional career, I was like, ‘Wow, this kid’s going to be something!’ That’s exactly what’s happened.

“But, look, this has been done before. The smaller man has beaten the bigger man, and Mikey Garcia has so much to offer in terms of talent. As much as Errol Spence is the bigger guy, bigger doesn’t necessarily mean that you’re better. Being bigger and stronger doesn’t always win fights at this level.”

The former multi-weight world champion can relate. In June 1980, Leonard defended his WBC welterweight title against the legendary Roberto Duran at the Olympic Stadium in Montreal.

Duran turned professional in February 1968 as a 16-year-old, weighing a touch over 119 pounds. Granted, the future all-time great was still filling out and growing over the next several years, but “Hands of Stone” would capture world titles all the way up to middleweight. Duran was one inch taller than Garcia.

“That son of a bitch hit me so hard, it’s difficult to explain,” laughed Leonard as he recollected ‘The Brawl in Montreal’. “I’ve said many times, when Duran hit me, I was asking myself, ‘Who else is in this ring?’

“Before the fight, I thought I’d overwhelm him, I’ll beat him at his own game, he’s the smaller man. That’s what I thought, but it wasn’t true. You can’t help but think you have a serious edge because he’s the one coming up. You’re bigger, you’re stronger, and you feel that will work for you, especially on the inside.” 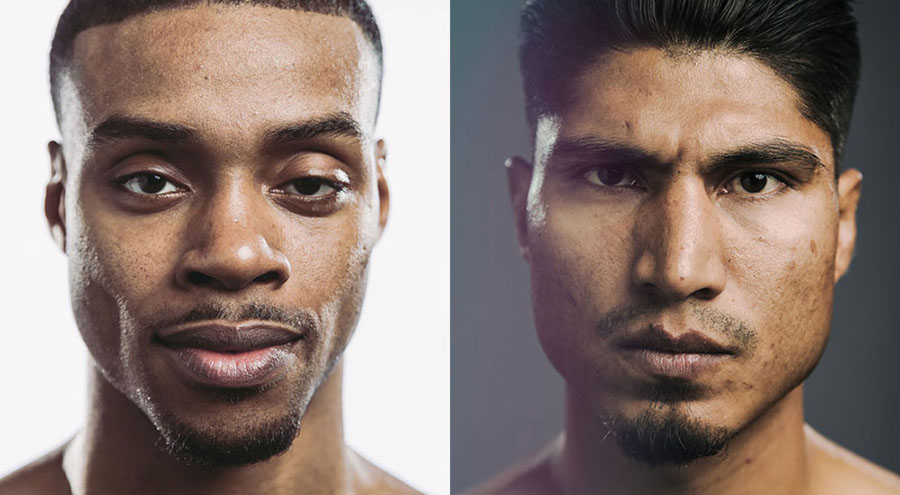 There is no doubt that Errol Spence will be in excellent fighting shape for Garcia, just like Leonard was for Duran. However, does the champion perceive the Garcia threat to be moderate simply because he’s bigger? And if he does, will that come back to haunt him?

In April 1987, following three years out of the sport, with only two fights in five years, Leonard made the audacious choice of moving up to face long-reigning middleweight champion Marvelous Marvin Hagler. No shaking off rust, no tune-ups, just straight in against one of the most formidable fighters on the planet.

Hagler was so confident of victory that he switched orthodox from the opening bell and attempted to outbox the challenger early. By the time “The Marvelous One” realized that the little inactive welterweight was decidedly sharper and defensively adept than he’d anticipated, Leonard had found his rhythm and was ahead on the scorecards.

“Garcia will know that he’s going to feel a real difference moving up one or two weight divisions,” said Leonard who was absolutely exhausted following his stunning majority decision win over Hagler. “It’s a lot of weight to give away and that’s going to present itself early. Garcia will feel it on the inside and he’ll feel it when he gets hit.

“Mikey has to move, slip, make his man miss and not stay inside too long. He can’t be a stationary target. You know that you’re not the bigger man, but you have to be the smarter man in there. But Garcia, I’ll tell you, he’s another young man that I’ve been very impressed with. I’m also impressed with what he’s doing; moving up to take on this challenge. Everyone thought I was crazy too; no one thought I could beat (Hagler) except myself.”

So what do we get Saturday night? There are obviously huge differences between the fights we revisited and the one pending, but there’s one undeniable link. The pre-fight favorite was selected, not only because of skills, but also because of natural size and strength. Both Leonard-Duran I and Hagler-Leonard proved that physiological laws can be overcome.

“I give a slight edge to Garcia, pending his selection of tactics,” Leonard offered without hesitation. “It’s down to the style he chooses and what he, as the smaller man, can do in that ring.”