American Sofia Kenin counter-punched her way back from a set down against Garbine Muguruza to win her first Grand Slam title at the Australian Open with a 4-6 6-2 6-2 win on Saturday.

The 21-year-old Kenin, seeded 14th at Melbourne Park, converted her second matchpoint against the twice Grand Slam champion, who double faulted on the final point, to end an engrossing contest that lasted more than two hours.

Kenin and Muguruza produced a fitting and intense final under the closed roofs of a packed Rod Laver Arena.

Muguruza had arrived in Melbourne suffering from a virus that forced her to quit the Hobart International, but the Spaniard was soon back to playing to her strength which helped her reach the top of the women’s rankings in 2017.

Some of the inconsistency that led to her slipping to 36th in the rankings last year resurfaced against Kenin, however, as the Spaniard blew hot and cold with her serve, getting 57% of her first serves in while mixing her nine aces with eight double faults.

Kenin came to the match with a game plan, mixing deft drop shots with her deep forehand groundstrokes to catch Muguruza by surprise initially.

But the Spaniard soon found her range and converted her third breakpoint in the third game to nose ahead in the opening set.

Kenin, who beat Ash Barty in the semi-final despite trailing the world number one for most of the match, refused to throw in the towel and boosted her confidence by saving four breakpoints to hold the seventh game. 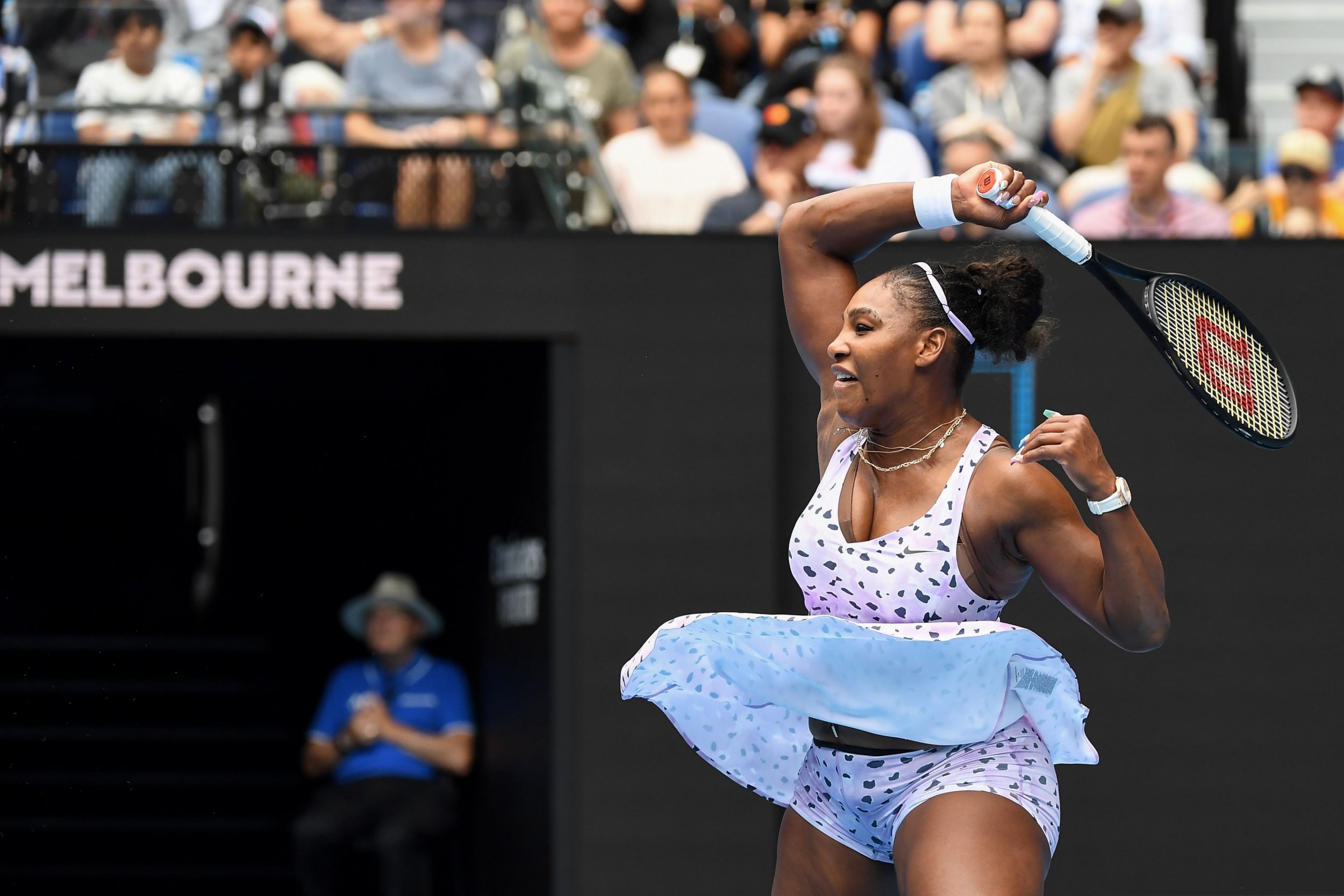 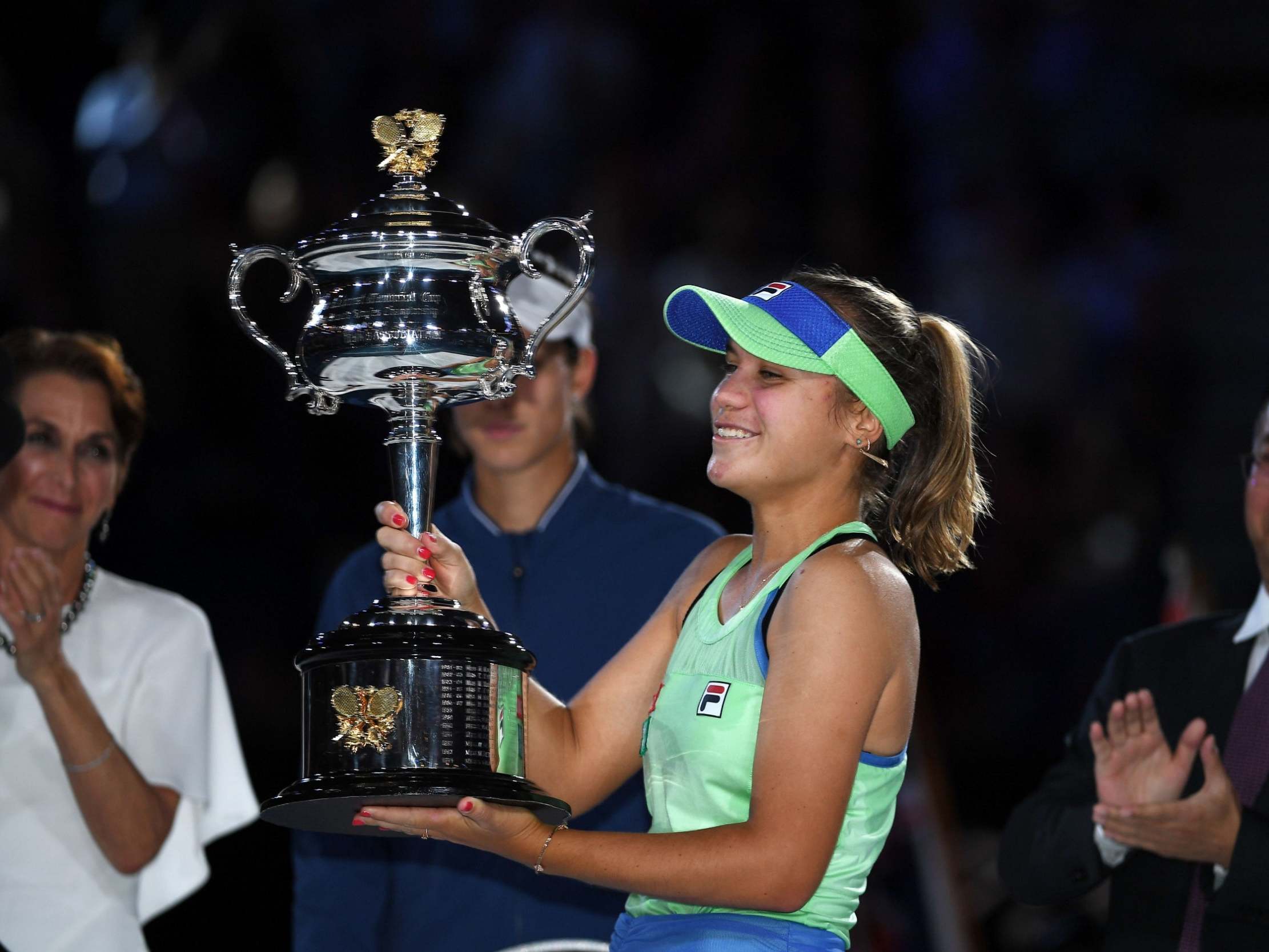 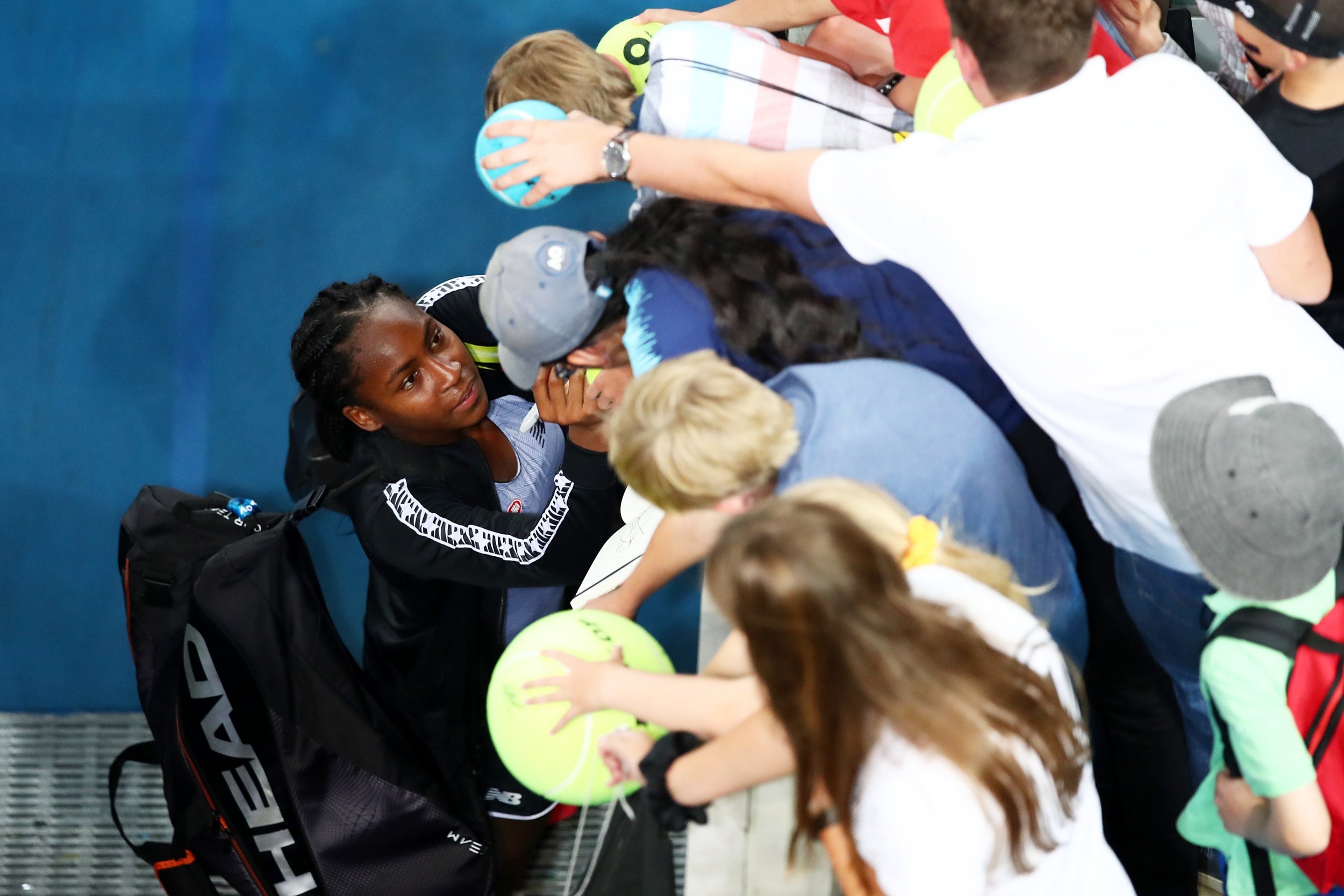 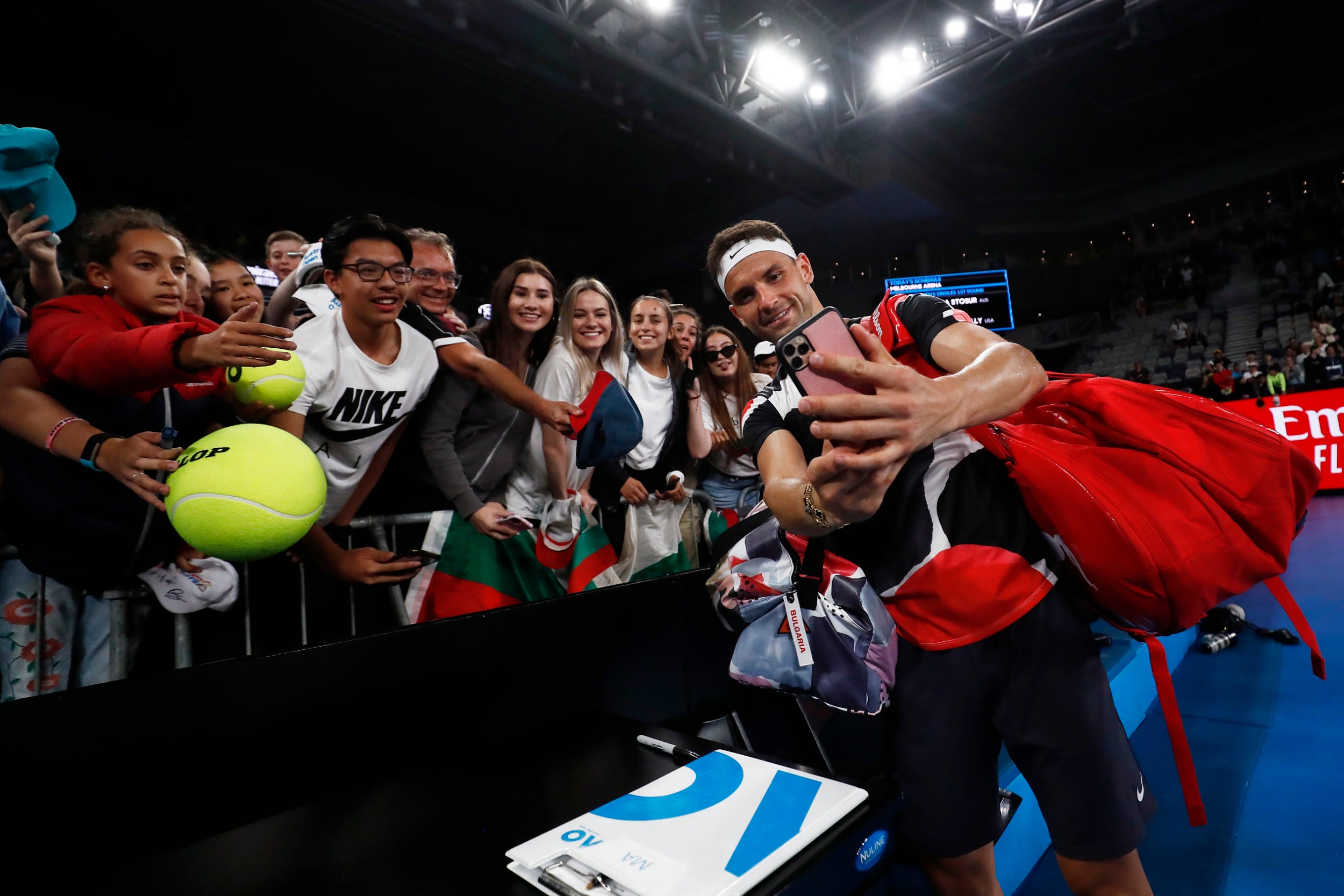 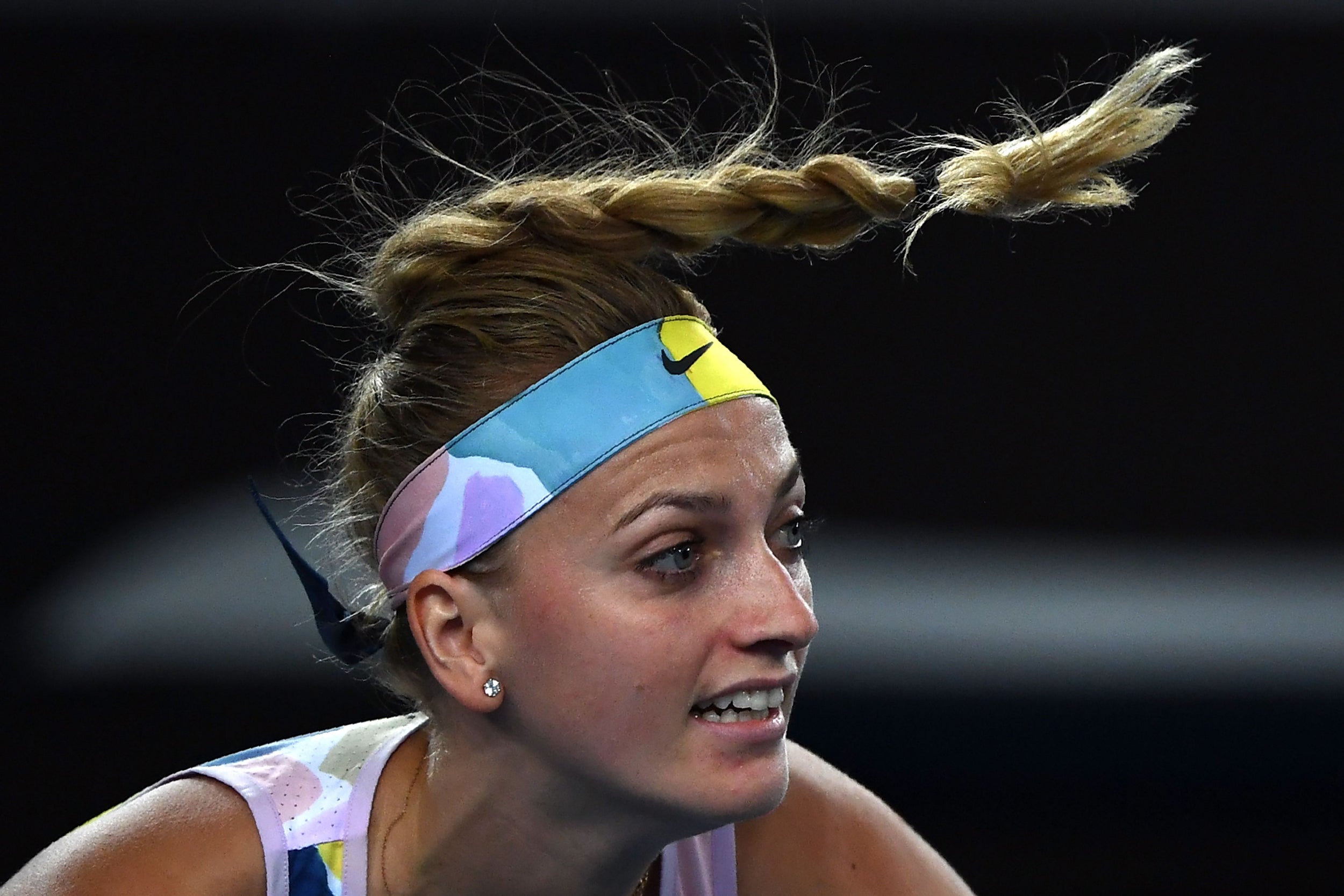 She was rewarded for her tenacity in the next game with two consecutive double faults from Muguruza that gave the American a break back, and brought the set back on serve.

But the Spaniard came out firing on all cylinders to break the Moscow-born Kenin again and took the opening set when her opponent missed the sideline with her forehand.

Kenin took the court in the second set with renewed vigour as the power behind her shots went up a notch. She got the break in the fourth game and then a confident hold gave her a 4-1 lead.

There was no comeback for Muguruza from there as the American levelled the match with the second break of her serve.

The intensity of the deciding set rose considerably with Muguruza slapping her thigh to egg herself on while Kenin was almost reduced to tears out of frustration at some of her shots.

Down 0-40 in the fifth game and with her back to the wall, Kenin probably produced her best tennis. She painted the sidelines with three scorching winners while also producing an ace to hold serve for 3-2.

A fifth double fault from the Spaniard gave Kenin a 4-2 lead, and she was suddenly within striking distance of victory, which she sealed by breaking her opponent again.