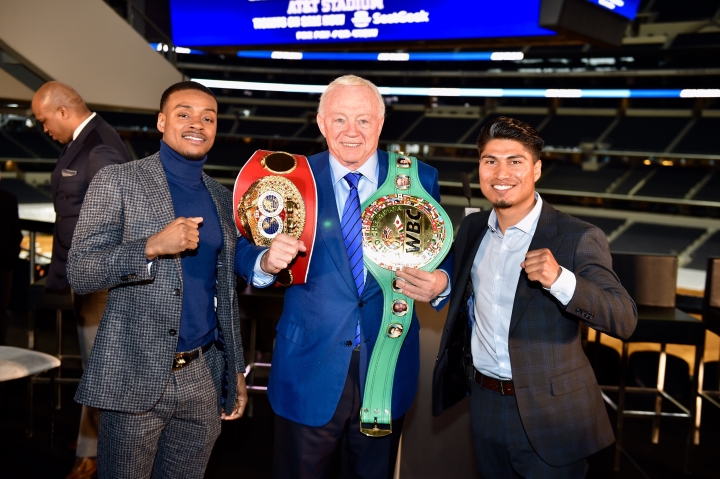 The contest takes place on March 16th, at AT&T Stadium in Texas. Fox Sports Pay-Per-View will carry the contest.

And while the WBC had no official role in the contest, they decided to involve themselves by sanctioning the fight for the “WBC Diamond title.”

Sulaiman explained that Spence vs. Garcia deserved to have the Diamond title, because he feels the contest has all the elements to be a boxing classic like Julio César Chávez vs. Meldrick Taylor, and Sugar Ray Leonard vs. Roberto Durán.

“This fight definitely marks an era, a moment in boxing,” said Sulaiman to Juan Regis.

“This fight is (Julio César) Chávez against Edwin Rosario, Chávez against Meldrick Taylor, Sugar Ray Leonard against (Roberto) Durán. It’s a fight that has all of the elements to be a classic. Two undefeated champions get into the ring, putting everything on the line.

“The WBC has decided to support this fight with the Diamond Belt so that the winner takes home a unique, historical piece, just like Manny Pacquiao, Floyd Mayweather Jr., Miguel Cotto, have taken home. It’s a trophy that is given for a special fight.

“This fight is the example of what should be done, what Garcia and Spence are doing is not what happened with (Tyson) Fury (who did not accept the rematch with Deontay Wilder.) They did agree to put everything on the line in order and give it to the public such an important fight. ”