Sport England to back Wembley stadium sale, if …

The Football Association’s proposed sale of Wembley stadium has become more likely to gain the necessary approvals of public bodies after the grant-giving agency Sport England expressed conditional support. In written evidence submitted to the House of Commons digital, culture, media and sport committee before a hearing on Wednesday about the Wembley sale, Sport England stated that it sees benefits in the FA’s plan to invest the projected £600m proceeds in grassroots facilities, as long as Wembley’s sporting status is protected. 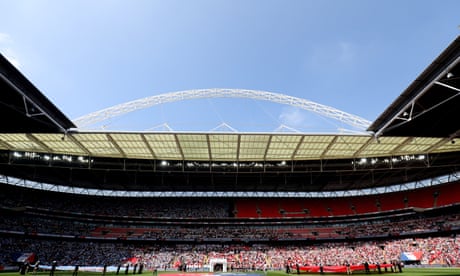 The FA confirmed in April that it was in discussions to sell Wembley for £600m to the Fulham owner, Shahid Khan, who could use the stadium as a European base for his Jacksonville Jaguars team during the September to December or January NFL season. Sport England’s consent is legally required because the organisation contributed £120m of national lottery funds towards the £757m total cost of rebuilding Wembley 20 years ago. The FA contributed more than 75% of the money, almost £600m, and took ownership of Wembley after the decision was taken for it not to be a national stadium incorporating a running track.

Sport England suggests that if the necessary safeguards are in place it will give consent and provide grants to boost the FA’s investment. “Provided appropriate protections can be agreed it appears that there is an opportunity to coinvest new funds strategically, for the benefit of football, and the wider community, at the grassroots or community level,” it states.

The original funding agreement stipulated that the new Wembley had to remain a national home of sport, with priority given to sporting events rather than concerts and other entertainment which could make money for the stadium. A list of sporting “flagship events” which have to be given precedence was incorporated into the agreement which, Sport England emphasises in its submission to the committee, will have to remain protected “as far as practicable”.

Consent to a sale is also required from the Greater London Authority, whose predecessor the London Development Agency awarded a £21m grant towards the Wembley project, and from the government. The sports minister, Tracey Crouch, is due to give evidence to the committee.

The England team’s surprising advance to the World Cup semi-final, and the widespread admiration for the way the team played and was managed by Gareth Southgate, has strengthened the FA’s resolve to sell Wembley. The FA set out in detail the generally poor quality of publicly owned football facilities across England, which have suffered severely from the Conservative government’s budget cuts to local authorities.

The FA’s surveys have found that only one in three pitches in England is “of adequate quality” and that poor facilities are always “the number one issue” for grassroots clubs and players. From the £600m gross proceeds of selling Wembley, the FA is pledging that more than £2bn would be invested over the next 20 years, to support the national strategy for improving facilities and also increase the numbers of players, coaches, referees, volunteers and administrators.

Sport England, citing a recent national assessment which found 63% of pitches to be “poor or standard”, says its research finds a “clear link between poor-facility experience and [lower levels of] participation” and that improving facilities would lead to more people playing football. 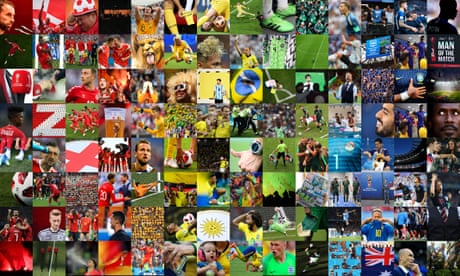 “A significant increase in investment in football at the community level … could bring significant benefits to people and communities across England,” it states, “reaching some of the most under-represented groups in sport and physical activity as a whole.”

Sport England’s consent to a sale of Wembley will also be conditional on being satisfied that Khan or any other buyer, and any subsequent buyer, is “an appropriate person to own the national stadium” and has a sound business plan. The consultants Grant Thornton have been appointed to assess the purchase. The London borough of Brent wants any new owner to be committed to the ongoing regeneration of the area around Wembley.