REAL MADRID 1-4 AJAX (agg 3-5): The bigger they come, the harder they fall. After 1011 days as Champions League holders the 13-times winners Real Madrid came crashing down out of the competition losing 4-1 on the night to Ajax and 5-3 on aggregate. It was a humiliation. Gareth Bale watched it unfold from the bench and was helpless to change it when he came on as a first half substitute. Thibaut Courtois was as culpable as anyone letting in the fourth from a direct free-kick.

The bigger they come they harder they fall. After 1011 days as Champions League holders the 13-times winnersReal Madrid came crashing down out of the competition losing 4-1 on the night to Ajax and 5-3 on aggregate.

It was a humiliation. Gareth Bale watched it unfold from the bench and was helpless to change it when he came on as a first-half substitute. Thibaut Courtois was as culpable as anyone letting in the fourth from a direct free-kick.

Things started well enough. Rafael Varane headed Lucas Vazquez’ cross on to the cross bar after just four minutes and the Bernabeu believed Madrid had simply slipped into Champions League gear. They had not and the wheels were about to come off. 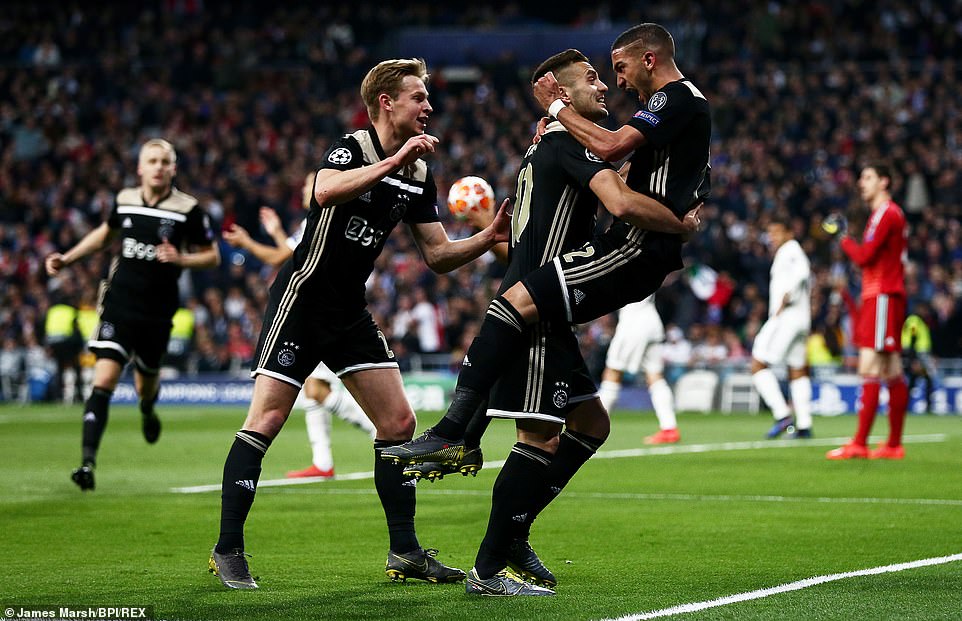 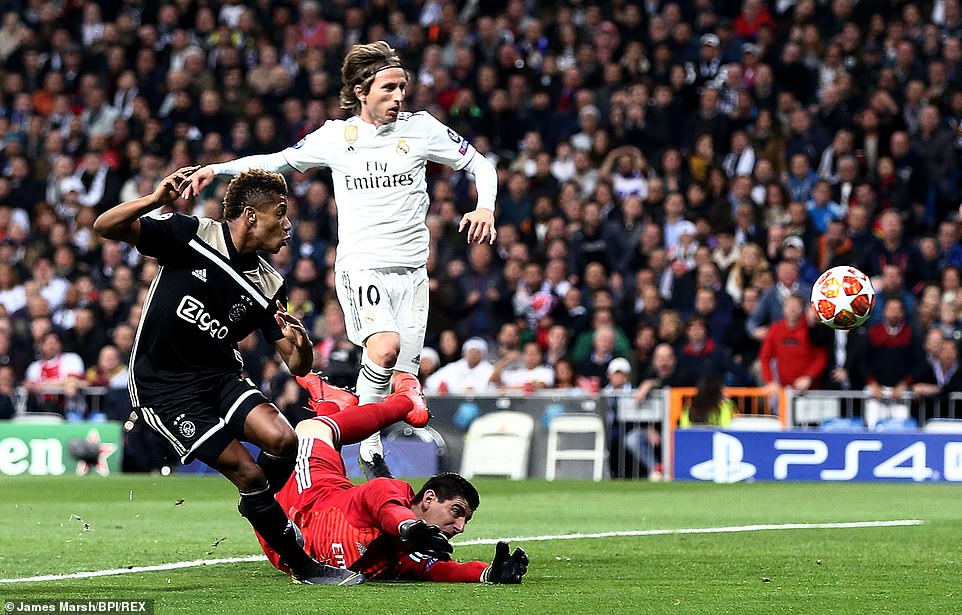 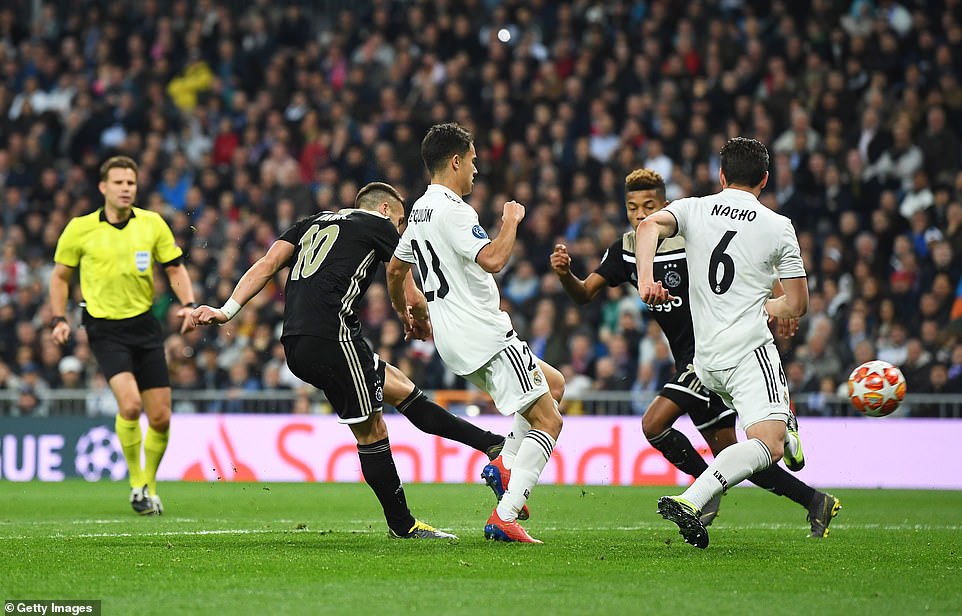 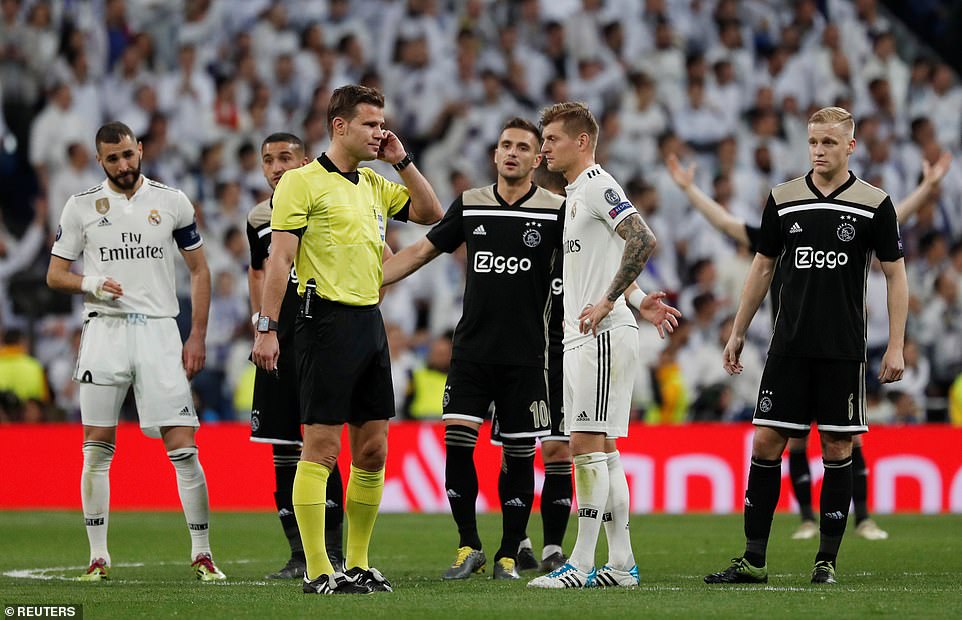 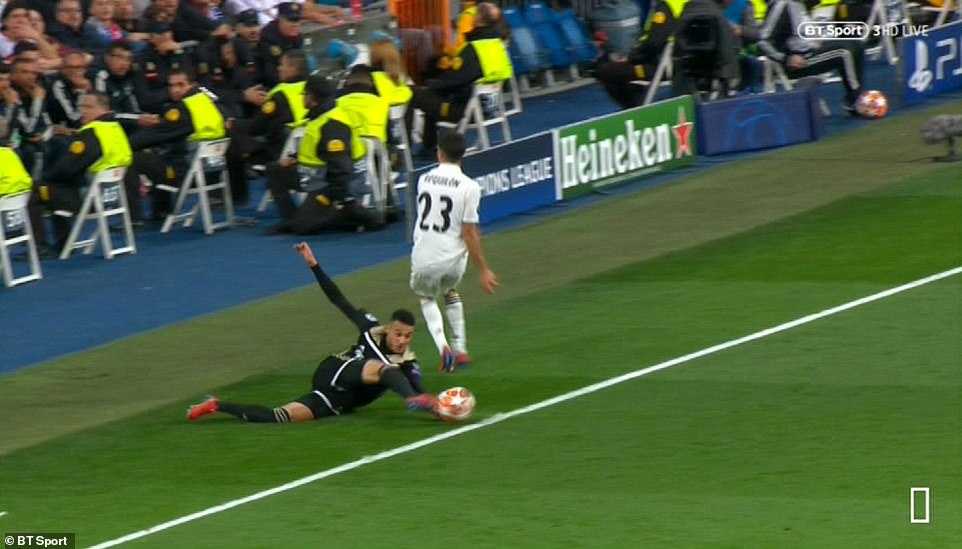 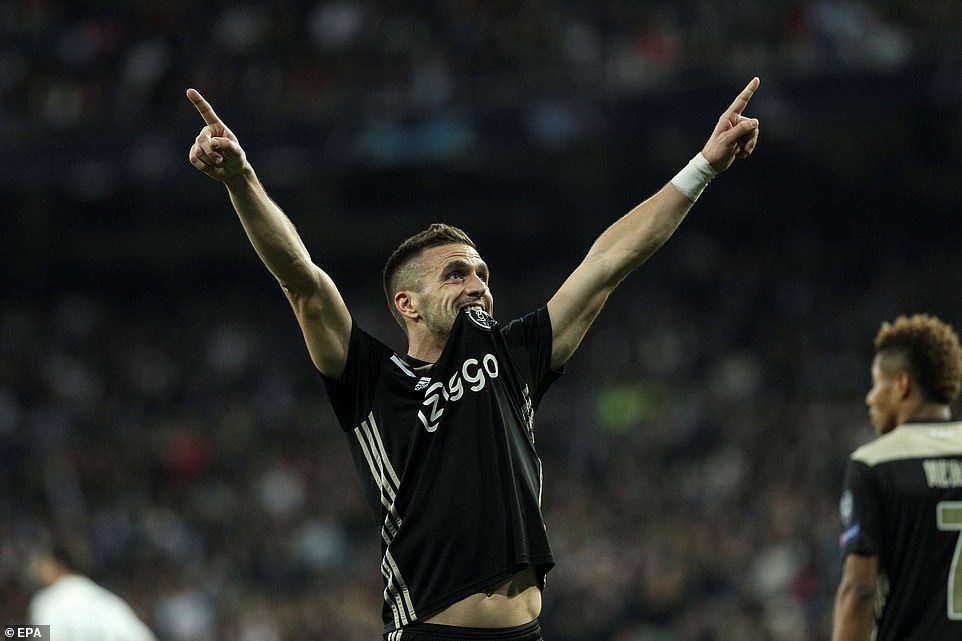 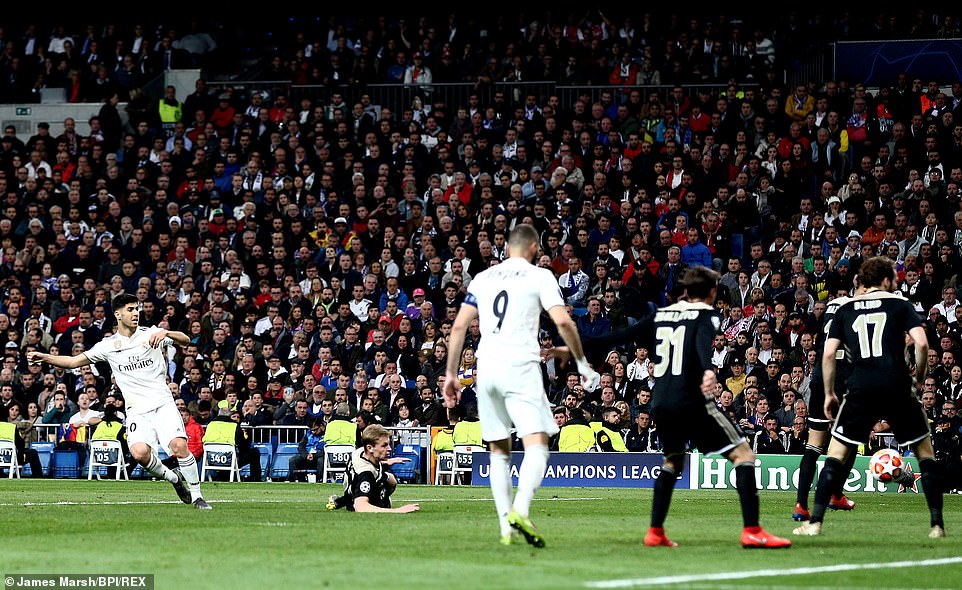 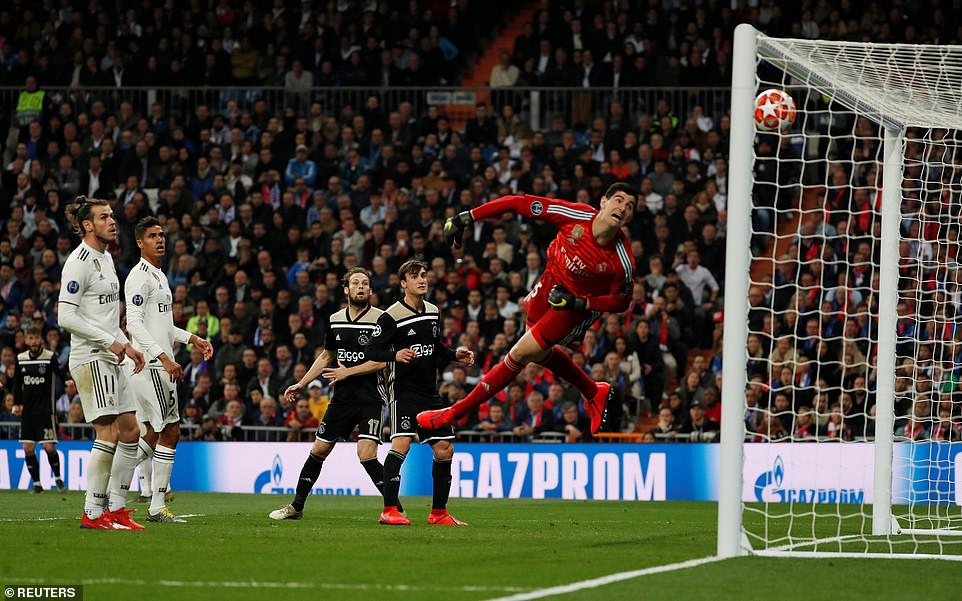 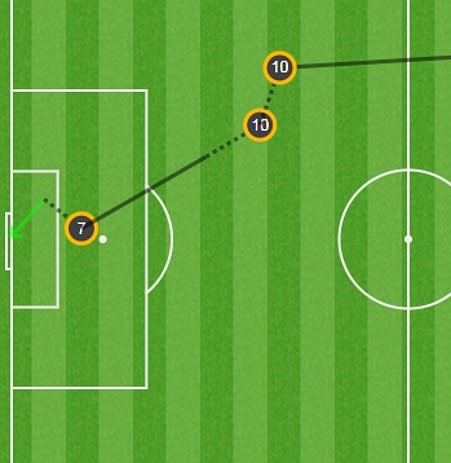 Ajax’s second goal move started from their goalkeeper but it was No 10 Dusan Tadic’s stunning run which made it possible with David Neres adding the finishing touch.

First Toni Kroos lost the ball in midfield and in a flash Dusan Tadic was crossing for Hakim Ziyech to score past Thibaut Courtois.

There was stunned silence from the Bernabeu save 4,000 Ajax fans many now with shirts off celebrating behind the north goal.

That was after seven minutes. By the 18 minutes mark Madrid were going out. Tadic spun brilliant away from Casemiro and ran at the heart of the Real Madrid defence. There was no resistance and it was Luka Modric left as the last man as David Neres got in behind him to slot the ball past Courtois.

Madrid were butter soft at the back. The Bernabeu whistled and Ajax almost scored again with Courtois saving from Tadic at his near post. 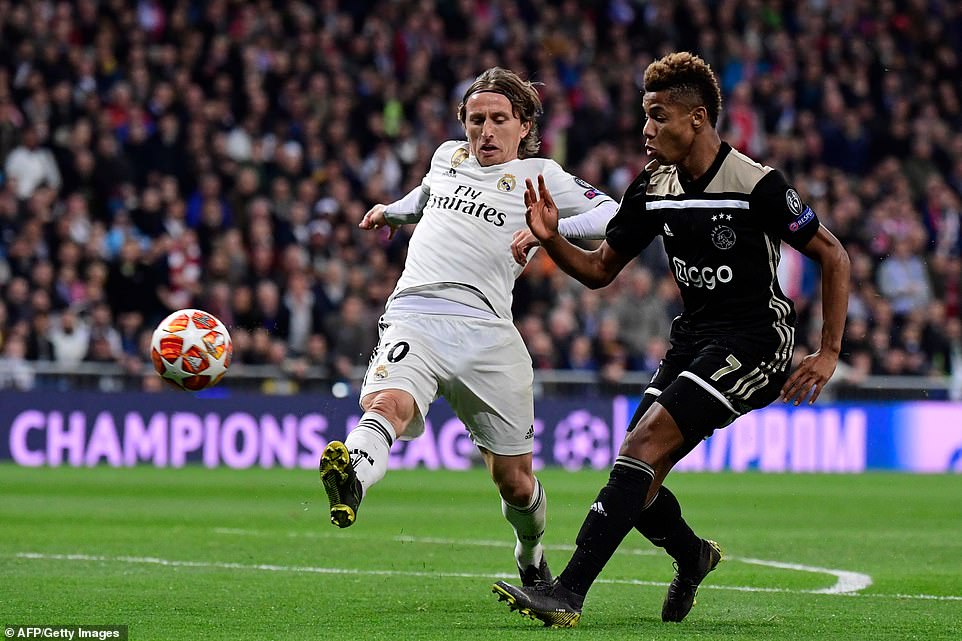 Gareth Bale goes almighty close to halving the deficit as he watches his shot rebound off the post after a skilful, mazy run 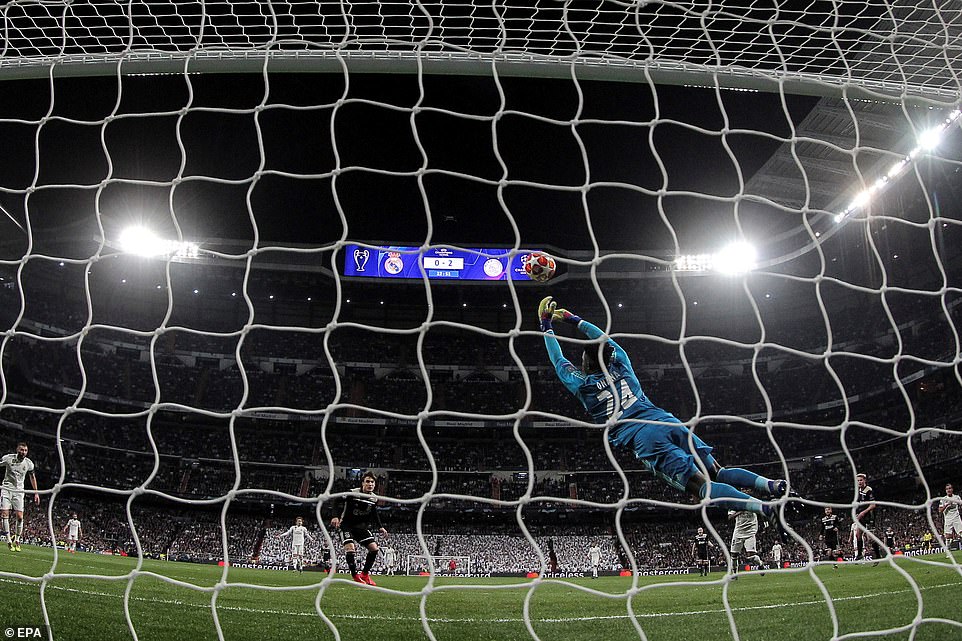 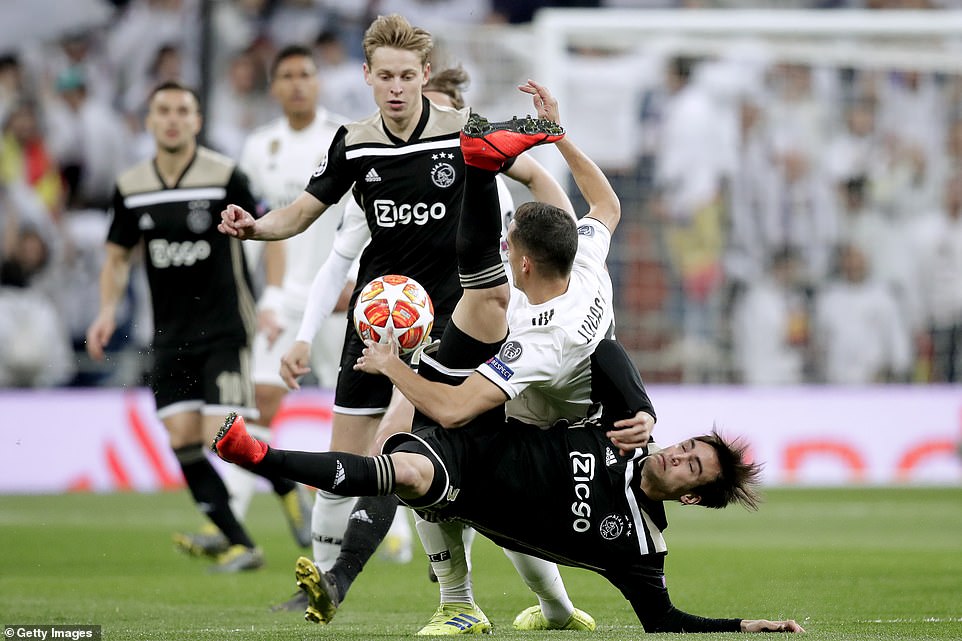 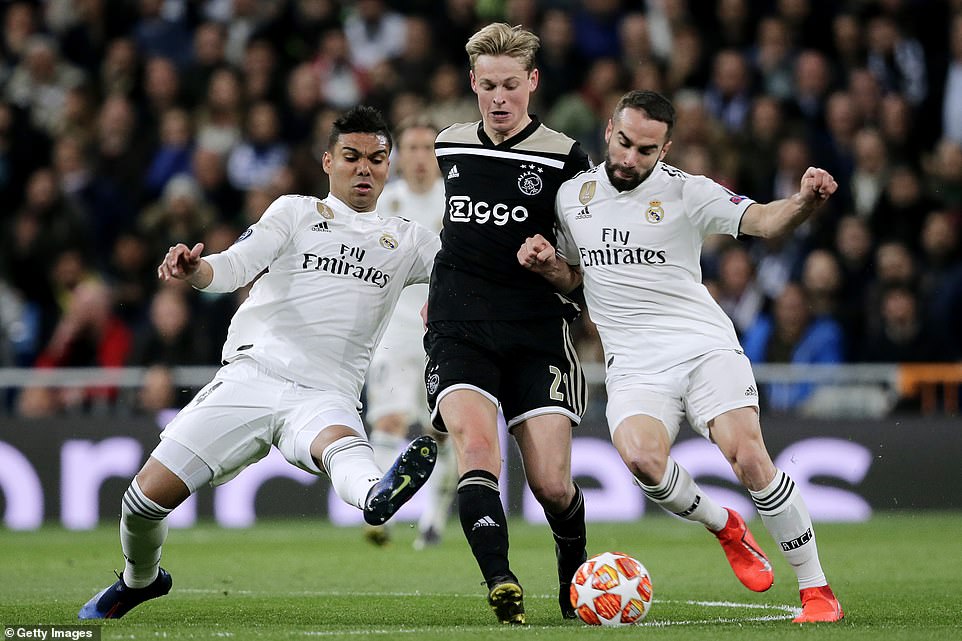 On 28 minutes injury was added to insult. First Lucas hobbled off to be replaced by Bale. Vinicius Junior followed soon after with Marco Asensio coming on. Madrid needed Bale more than ever yet still he was whistled on by many.

He came closest to getting Madrid back in it before the break hitting the frame of the goal with a lob.

As the half-time whistle went there were more whistles from the Bernabeu. Real Madrid would need a second-half hero with Sergio Ramos suspended and Cristiano Ronaldo sold, it looked like it would be Bale’s night or goodnight. It was to be goodnight.

Ajax almost made it three at the restart but Courtois saved from Donny van de Beek. Karim Benzema broke down the left but after tricking his way past Hakim Ziyech he went for goal with a wild shot that went well wide of the far post. 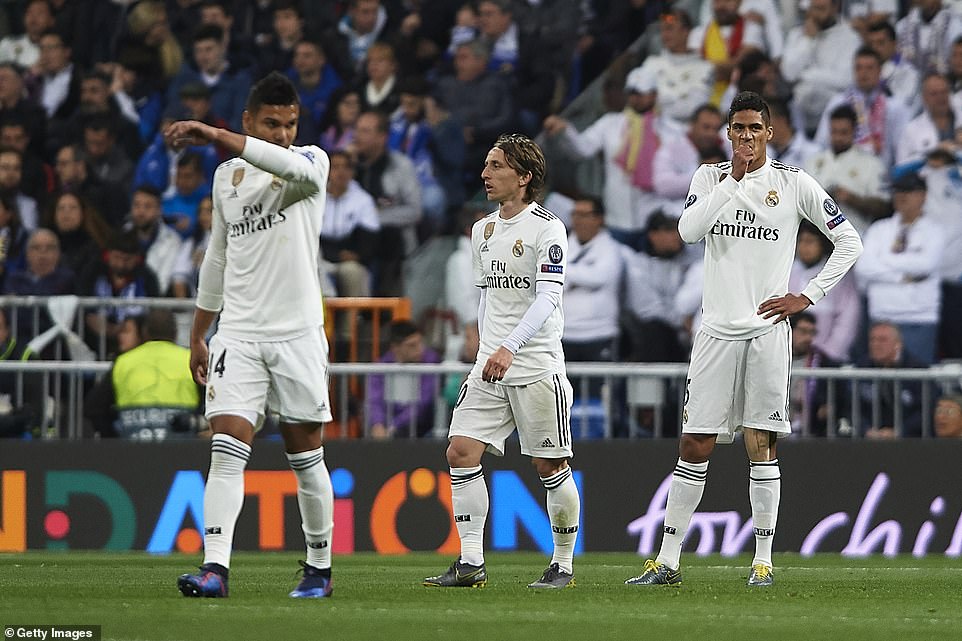 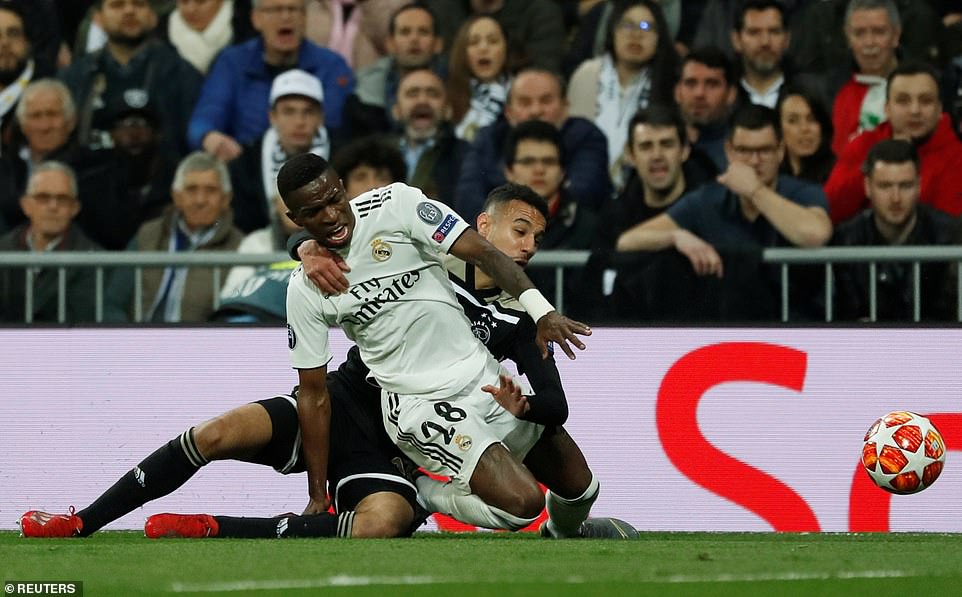 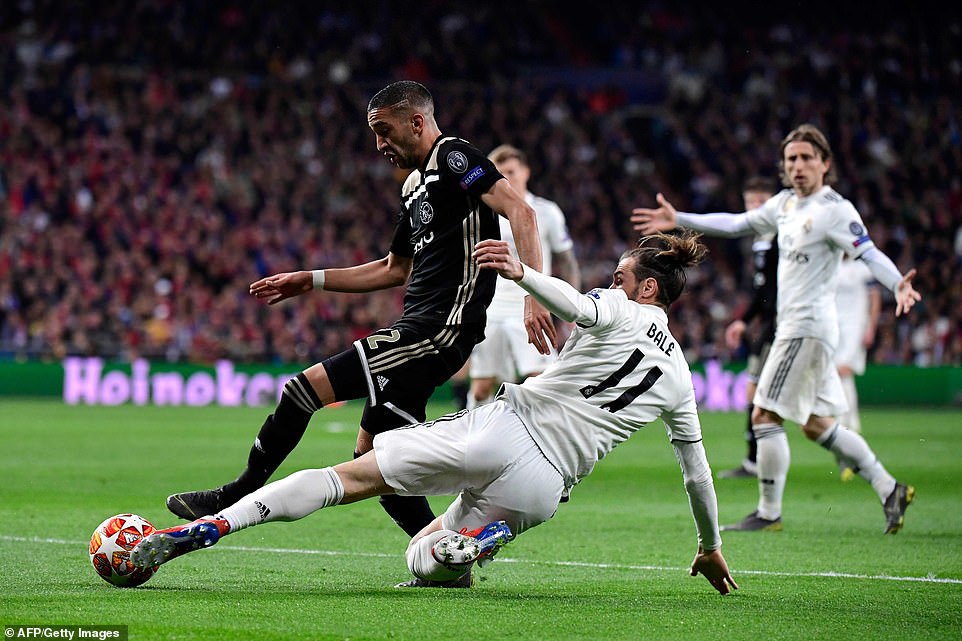 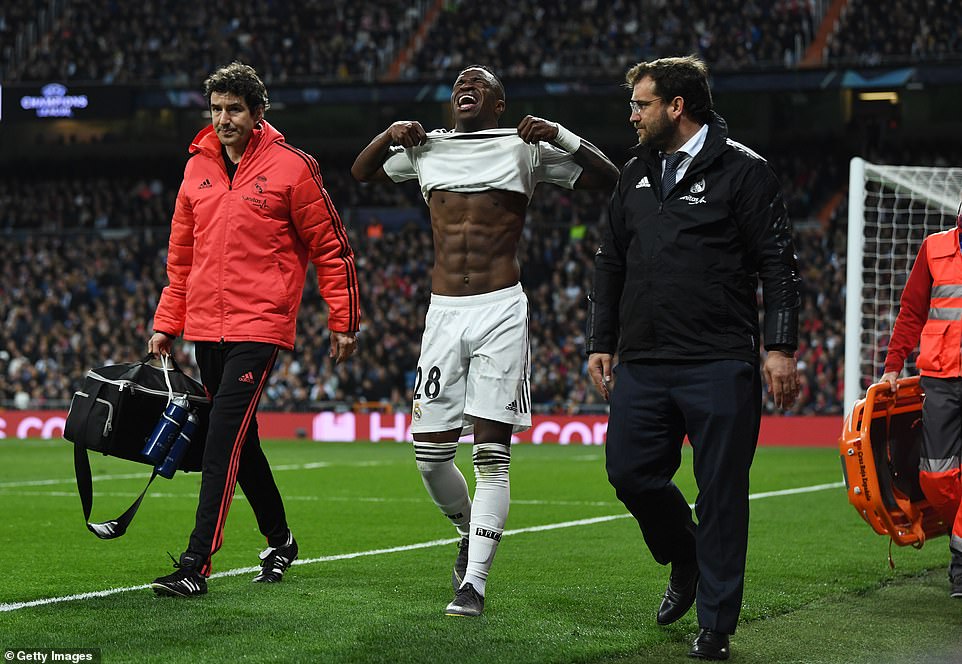 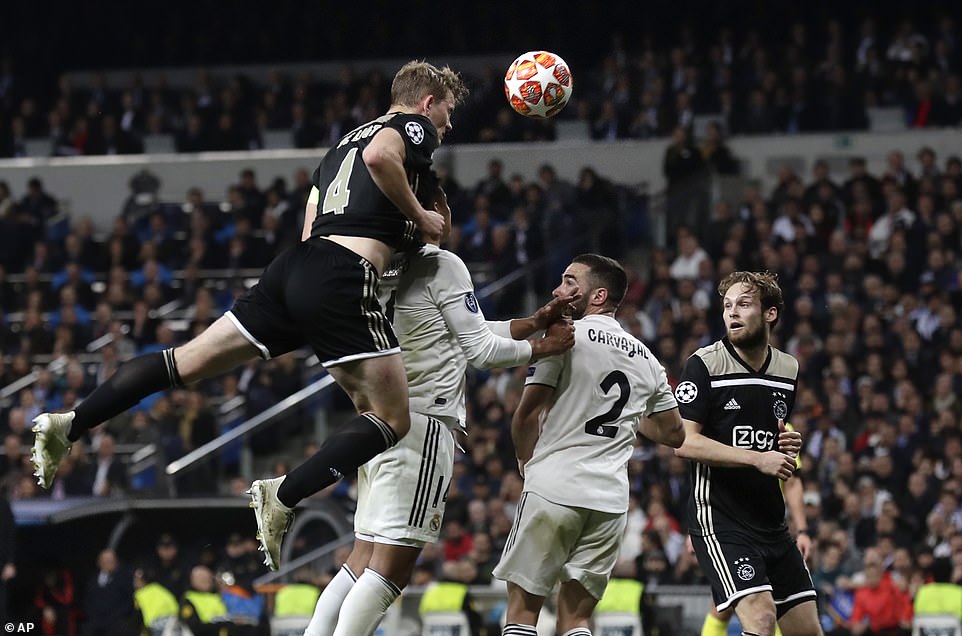 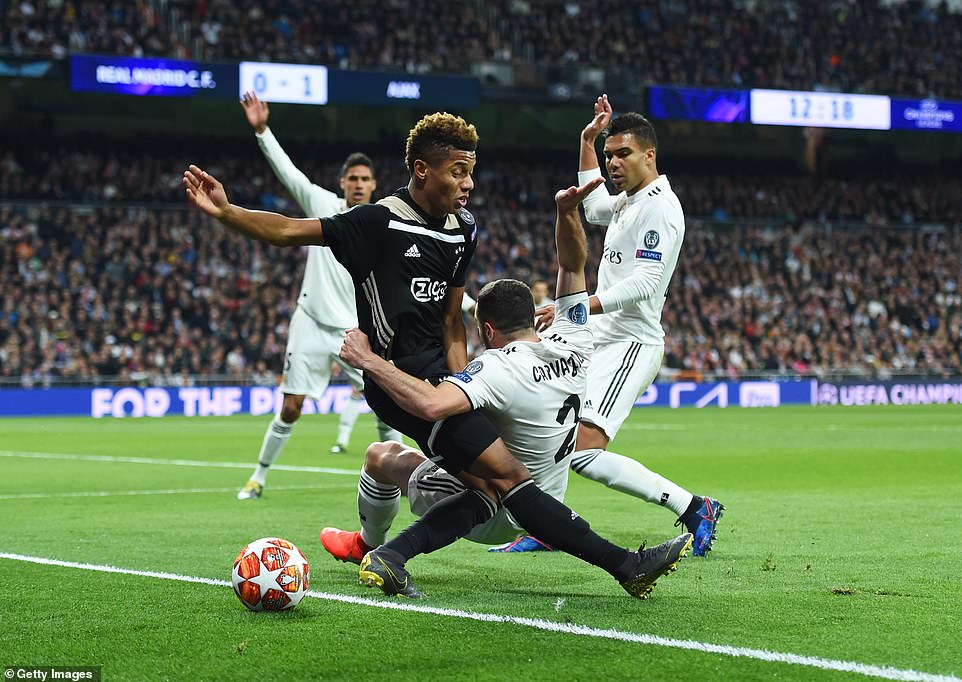 With Ajax’s next attack they scored the third and they got to celebrate it twice. Noussaire Mazraoul won the ball from Sergio Reguilon and when the ball reached Tadic the best player on the pitch postage-stamped it past Courtois.

Referee Felix Brych stopped the play to consult VAR. The ball looked to have gone out when Reguilon was dispossessed.

Bale led the complaints and time stood still until Brych’s verdict sent the traveling Ajax supporters into raptures once more.

There was no way back now. Asensio gave supporters some hope by scoring for Madrid but it was wiped out by Lasse Schone’s direct free-kick past Courtois who looked poorly positioned. 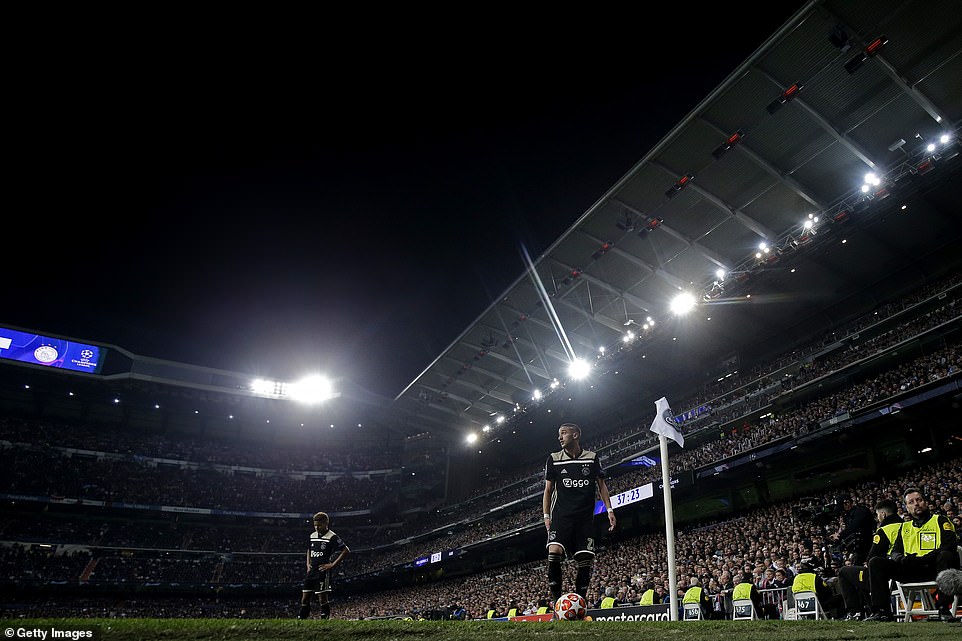 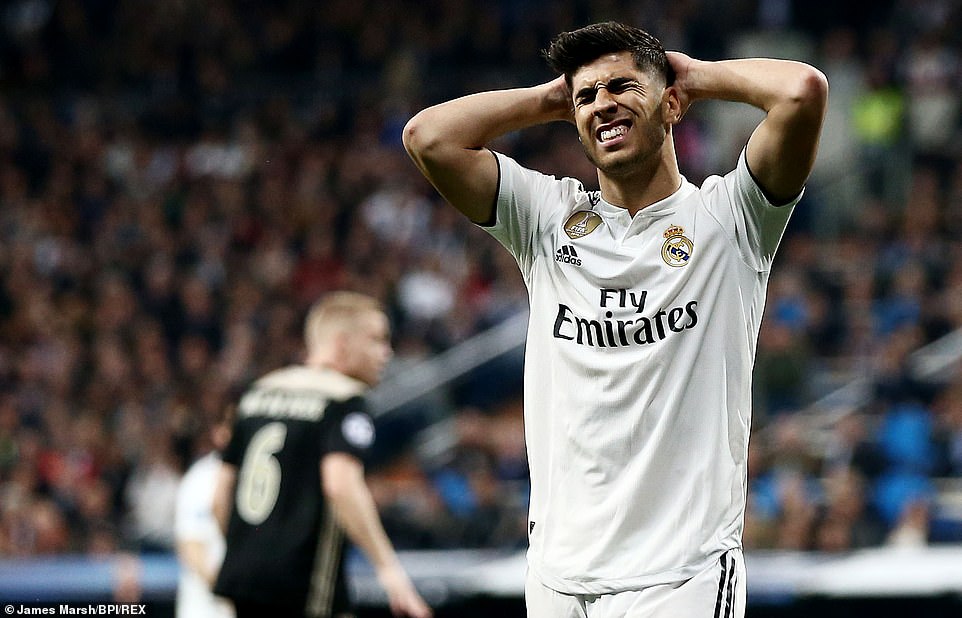 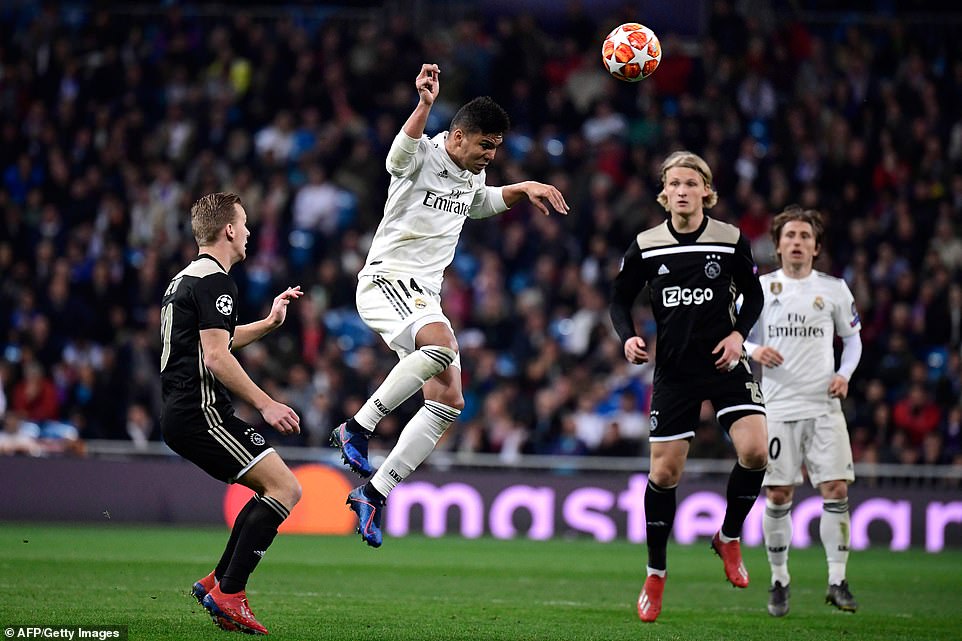 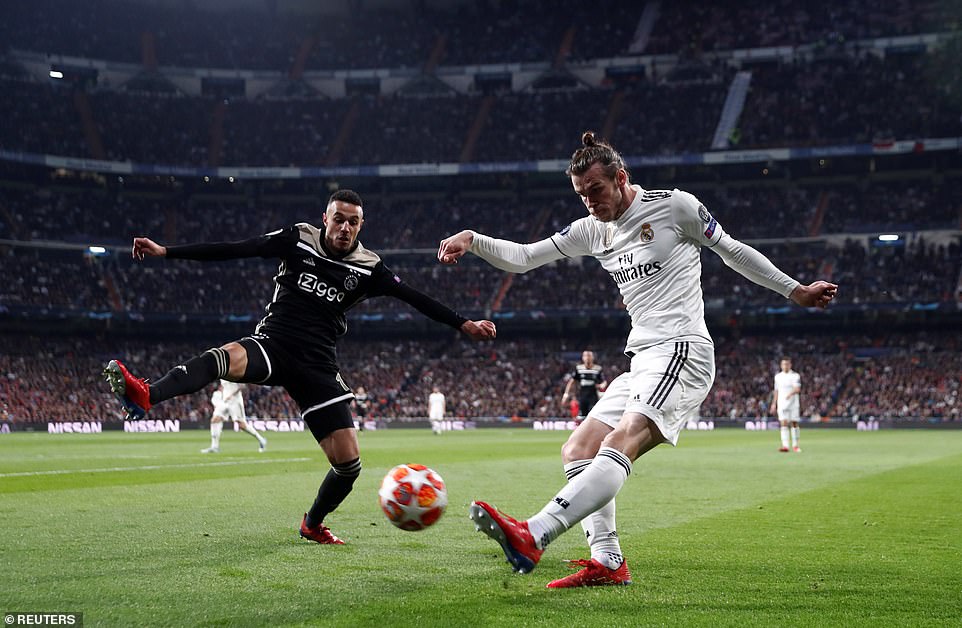 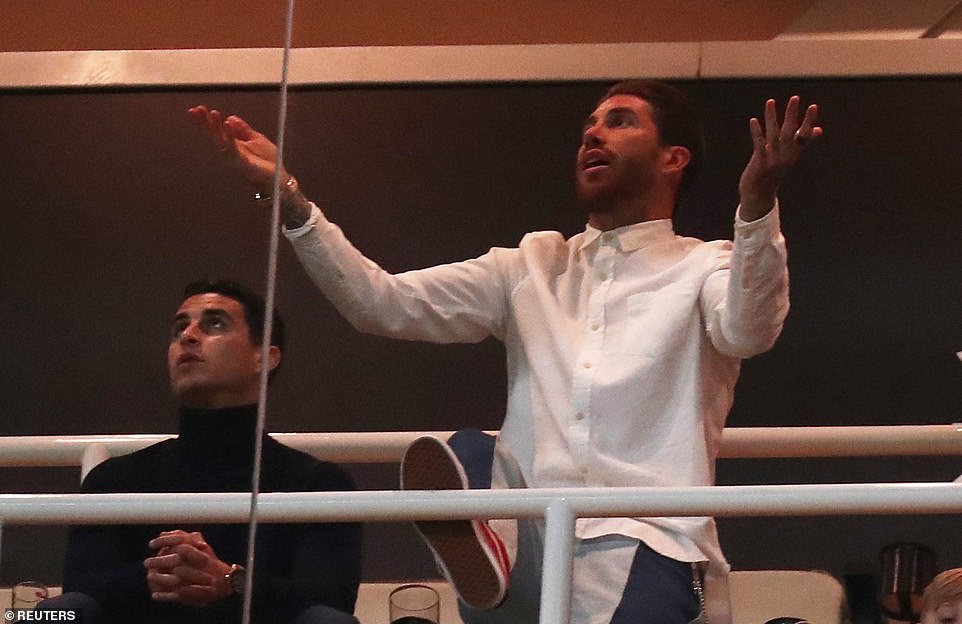 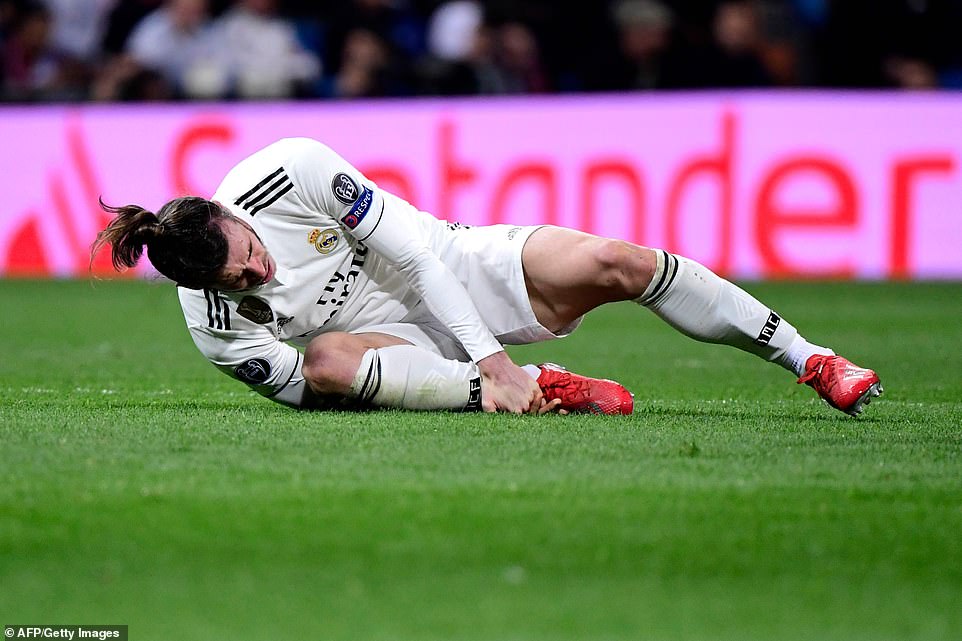 The Ajax fans were now doing the Poznan behind Courtois’ goal. Up in his private box Ramos looked down non-plussed by events. He chose to miss this game by picking up a forced booking in the first leg. Madrid looked home and dry at that stage.

Since then their season has imploded with league and cup gone. They needed him on the pitch tonight not looking down on one of the darkest nights in the club’s European Cup history.

Madrid’s season is over with three months still to play. The blame game will start now and this time Bale will not be the only target. Coach Solari will do well to last the season and the club will intensify efforts to bring in Mauricio Pochettino or Jose Mourinho.

The five minutes off added time were painful for Madrid. Bale was left hobbling after a knock on the ankle and Nacho was sent off. They must get used to being out of the Champion League now. Ajax are in the quarter-finals and deservedly so.