Sturridge, leader of the forgotten legion?

Harry Redknapp used to be tickled by the notion that top professionals would move clubs primarily for sentimental reasons.

Many times he made the sort of quip that he delivered in 2012 when there were suggestions that Carlos Tevez might take a big pay cut to leave Manchester City for Redknapp’s Tottenham Hotspur.

“He’s always wanted to play for Tottenham,” explained Redknapp, deadpan as you like.

“Ever since he was in Argentina he had a picture of Hoddle on the wall and Ricky [Villa] and Ossie [Ardiles]. I want to play for Totting-ham, I remember him saying that.” Of course, that fiction never became reality.

If, like a species-threateningly large number of us, you have been unable to think of anything better to do than mooch around social media in the run-up to the new Premier League season, you will have seen many players say something similar to Redknapp, but without the sarcasm.

“Can’t wait to make my debut in front of [my new club’s] magnificent fans!” has been a popular post, with the agent’s instruction (“Can you tweet something like …”) deleted but easily detectable. 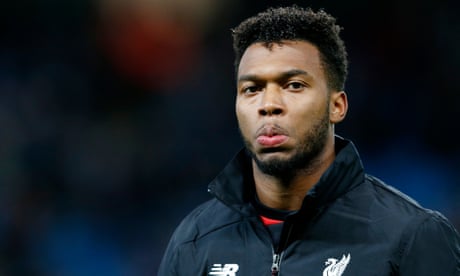 Daniel Sturridge must learn what is pain and what is serious pain, says Klopp

But let us not drink to excess from the mug of cynicism: whatever their reasons for switching clubs, we can be sure that, as they contemplate the new season, the majority of new signings at Premier League clubs are genuinely eager to prove their worth on the pitch and earn the respect of their new teammates and supporters.

Likewise, at every club there are young thrusters hoping this season will be the one in which they make their breakthroughs. But perhaps no one looks forward to the new season as much as players whose last campaign was sabotaged by injury.

After so much frustration, so much lonely rehabilitation and, in some cases, so much ridicule, here at last is their opportunity to reassert their talent and confirm that they are, in fact, brilliant. It could be a joy watching them play again.

Every club has players in that situation. Many of them are English and must have endured a confusing summer, watching the nation go happily daft in their absence, listening to the beery refrains of Three Lions (Football’s Coming Home) while they were sitting at home knowing that if not for injuries, they might have been part of the party.

Ross Barkley was almost as invisible in Sunday’s Community Shield as he was during the World Cup but Maurizio Sarri claims the player who made only two starts last season will thrive at Chelsea once he is fully up to speed.

Jack Wilshere was relatively injury-free last season but felt he was omitted from Gareth Southgate’s squad because of the suspicion he remains fragile; West Ham hope they will benefit from his determination to prove otherwise, and also from Michail Antonio’s return from hamstring trouble.

They will have to wait a little longer for Andy Carroll to attempt another comeback (and also for the valuable New Zealand defender Winston Reid).

At Spurs Harry Winks will soon be ready to make his first appearance since February, while at Burnley Tom Heaton, who missed most of last season with a dislocated shoulder, will try to oust Joe Hart once he recuperates from a minor calf strain (Robbie Brady and Steven Defour could also be back soon from long layoffs). But the most exciting return to fitness, at least from an Englishman, has got to be that of Daniel Sturridge.

The 28-year-old has looked so slinky during pre-season that it is hard not to look forward to what he could do once the season begins. Pull up lame? Yes, OK, that has happened often to a player who has suffered dreadfully with injuries, appearing in only 133 of Liverpool’s 278 matches since scoring on his debut for them in 2013.

Many people have long since given up on him ever reliving a season like the one to which he treated us alongside Luis Suárez and Raheem Sterling in 2013-14.

Even Jürgen Klopp has wondered about the striker’s durability and the strength of his will, saying in 2015 that the player needed to learn “what is serious pain and what is only pain”.

The manager subsequently praised the player’s attitude but, even so, Sturridge’s loan move in January to West Brom – where he managed only two starts – seemed like the prelude to a permanent move away from Anfield, if only a buyer could be found. 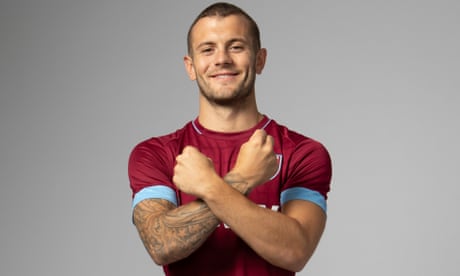 And yet here Sturridge is, approaching the new season in tantalisingly fine form with Liverpool. He has scored six goals during the warm-ups and looked strong and sharp, showing the nimble skill, clever runs and dextrous finishing that can make him such a delight and his injuries so exasperating.

He still has a tendency to shoot too readily and might never be truly comfortable with the breakneck dynamism demanded by Klopp but Liverpool have no other player quite like him and if he remains fit, he could prove a precious option.

“Does he have to play 50-something games? No,” said Klopp during the club’s US tour. “But hopefully he will play a few really good ones. That is the plan.”

It is a plan that all admirers of fine football would love to see come together.

As to whether Sturridge can help fire Liverpool to the title if he stays fit, that is another matter. Because Manchester City are in almost obscenely rude health. Benjamin Mendy, the wonderful left-back who missed seven months of last season with torn knee ligaments, is raring to go. And, most ominously of all for the rest of the league,

Sergio Agüero says he is fully fit – for the first time in five years. The Argentinian missed his team’s final six matches last season to have surgery on a knee problem that he said had been bothering him since 2013.

Apparently during that time he was unable to bend his left knee fully. That’ll be why he managed to score only 108 goals in the last five Premier League campaigns.

After seeing him deliver two more and a man-of-the-match performance in Sunday’s curtain-raiser at Wembley, Pep Guardiola said of his extraordinary striker: “Now he feels free.” Gulp!