1) How could the Football Association, with its internal review, and Katharine Newton, the barrister who undertook the second investigation on behalf of football’s governing body, conduct their inquiries without speaking to the most relevant player?

The FA has admitted nobody contacted the mixed-race player who alleged the England women’s team manager, Mark Sampson, had asked her, on her first call-up, how many times she had been arrested. The FA’s explanation is that it did not know her identity, blaming Eni Aluko for “refusing” to name the player in question.

Yet this is ludicrous. Aluko had told the FA the player was a mixed-race midfielder – the only one in the England squad – who had been raised in south-east London. She went on to name the player’s club and specified where the alleged incident took place, namely in a midfielders’ meeting at the China Cup in 2015. Apart from adding her telephone number and home address, it is difficult to think what more the FA needed to establish the player’s identity.

A simple search of the internet – starting with the FA’s own website – could have provided the FA, and Newton, with the name in minutes. Newton’s inquiry lasted three months – yet the FA’s version of events is that the player’s name was unknown. 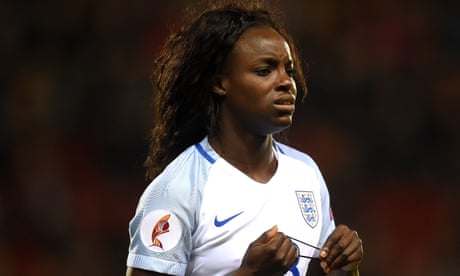 2) How could the findings of the FA’s internal review be delivered to Eni Aluko, throwing out her allegations of bullying and discrimination, before the inquiry had even spoken to Lianne Sanderson, one of the players who had been named as a key witness?

Again, the FA does not dispute this happened, saying there were timing and logistical issues and the Professional Footballers’ Association was applying pressure to hurry up the process.

Yet even if that is true, it does not adequately explain how a professional body could think it satisfactory to deliver the findings of such an important and sensitive case before speaking to all the relevant people. Sanderson was approached two days after Aluko had been informed that Sampson had been cleared.

“By the time they contacted me, they had already made their decision,” Sanderson confirms. “That doesn’t make sense, does it? I knew they had already told Eni that the investigation was done.”

Sanderson was on the China Cup trip and recalls “a lot of the girls were talking about it [the alleged comment]”.

3) How can the FA justify not launching a full investigation after receiving a letter from the PFA stating Aluko had evidence of Mark Sampson telling her to make sure her Nigerian relatives didn’t bring Ebola to Wembley?

The FA says it was not a formal allegation, hence the lack of an investigation. But is that good enough when the PFA detailed, in strong terms, an alleged “racist joke” to a black player that had caused distress?

The same letter also named another member of staff who allegedly used to talk to Aluko in a mock Caribbean accent.

That letter was sent to the FA’s technical director, Dan Ashworth, and the HR director, Rachel Brace, on 25 November last year, as well as being copied into the chief executive, Martin Glenn, and the chairman, Greg Clarke.

For it not to lead to a full investigation seems extraordinary. The FA now says it asked Sampson for his comments and he denied making the remark.

Yet the bottom line is that the FA has been accused of ignoring an allegation that, if proven, would have meant disciplinary action and possible sackings.

4) After 11 years as an England player, Eni Aluko was dropped by Mark Sampson for “unlioness behaviour” within two weeks of participating in the FA’s “culture review” and raising her grievances in what she was assured would be a confidential process. Is that just an innocent coincidence?

Yes, says the FA. Sampson’s account is that Aluko seemed “withdrawn” in team meetings and he had misgivings about her attitude behind the scenes.

Newton also states that there was no “leak”. Yet Aluko says that when she asked for examples of what Sampson meant, having not been questioned about her behaviour previously, there were none.

A player with 102 England caps has since gone on to win the Golden Boot for Chelsea but has not been involved with the national team since bringing up the alleged China Cup incident. 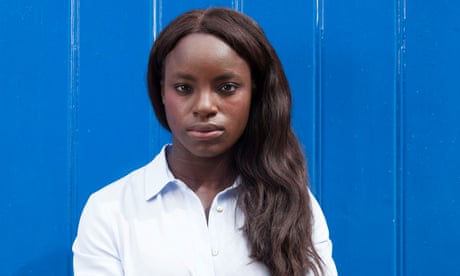 5) Eni Aluko says that within 24 hours of attending a meeting with Dan Ashworth and Rachel Brace to discuss her case she received an email from the FA stating she was under investigation for her work as a sports lawyer. Again, an innocent coincidence?

Aluko had been a sports lawyer for five years and makes the point that, if anything, the FA had always “celebrated” her other profession.

Then, out of the blue, she was informed that there might be a conflict of interest with her working for a football agency. Aluko took that as a “threat” and believes the timing was “far more sinister” than just being a coincidence.

The timing, Newton has concluded, was “unfortunate” but the barrister has also added that there is no evidence of it being “retaliation” on the FA’s part.

6) Why has the FA not issued a public statement since Aluko alleged the Ebola comment?

Kick It Out and the PFA have called for a new independent inquiry and the story has had huge interest in the media.

Two players have now made serious allegations about racial remarks and, aside from those allegations, the other claims are threatening to go to the top of the FA.

The FA has let it be known that Sampson denies everything but, apart from that, there has been nothing from the so-called guardians of the sport. It is an extraordinary response to an escalating story.

7) Why was Katharine Newton not asked to investigate the FA’s conduct when she was appointed to oversee what has been described by the governing body as an “independent” inquiry?

Moreover, can it really be described as independent when Newton was commissioned, and paid, by the FA? An explanation also needs to be forthcoming about why she was not asked to examine the methods employed by the FA’s internal review.

Is is true, for example, that the FA’s internal inquiry cleared Sampson when it came to the alleged comment to the mixed-race player – “You’ve been arrested before, haven’t you? Four times, isn’t it?” – without watching a video recording of the meeting when it was said to have occurred. That alone is described as “nothing short of incredible” by the PFA.

8) Speaking of that video, why has the FA refused to hand it over to Aluko and her legal team?

Newton’s report states that she has repeatedly watched the video, recorded by a cameraman for FATV, and there is no evidence whatsoever of Sampson making the comment. If so, wouldn’t it make sense for the FA to hand it over and remove any lingering suspicions that it might not have been the correct video?

Aluko has made the point that a number of meetings were filmed in the China Cup and that there is no way to know if the camera was on when the comment was allegedly made. If there is nothing to hide, let everyone see for themselves.

9) Did Mark Sampson orchestrate a deliberate social-media campaign as a response to Eni Aluko’s claims?

Two players have told the Guardian about what they perceive to be a deliberate pattern emerging on his Twitter account since Aluko made the first complaint.

The PFA’s letter to the FA makes the same point, noting the number of tweets showing “praise and isolated adulation” for Barack Obama and black female athletes – Serena Williams and Nicola Adams are named – after the complaint was made, and questioning whether it was a calculated move in light of everything else that was going on. 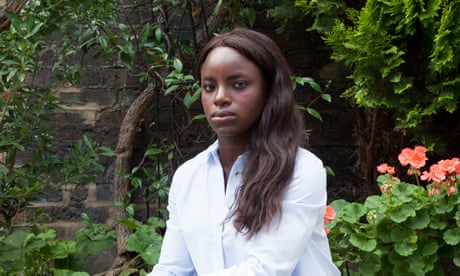 Eni Aluko: ‘The minute you are brave enough to talk about race you are in a difficult situation’

When the Guardian put this to the FA, asking for a response from the governing body or Sampson himself, it provided this newspaper with a previously unseen passage from Newton’s findings.
“I have examined MS’s [Sampson’s] Twitter feed and note that his tweets have referenced both black and white athletes before and after EA [Aluko] lodged her complaint,” Newton writes.
“There are numerous tweets about female athletes and anything to do with women’s football. However, his Twitter feed is certainly not exclusively limited to this aspect of the sport and he tweets on a variety of sporting matters and other matters, including tweets about Hilary Clinton.”
Newton goes on to say she does “not consider the timing of the tweets are linked to any aspect of EA’s complaints. Nor do I conclude that MS has undertaken a cynical exercise in order to paint a picture of adulation of black athletes and politicians.”

10) Why did the FA offer Eni Aluko an £80,000 settlement including a confidentiality agreement?

The Guardian has been told this settlement was probably twice the amount Aluko would have received if she had won the case she was preparing for at an employment tribunal.

The official explanation is that it was to “avoid disruption” before the European Championship and the FA has repeatedly stated that it was not hush money, insisting from the start that Aluko was free to talk.

Yet that is not the full story, according to Aluko. The agreement, she says, allowed her to discuss the case if it had already become public, but only on condition she did not say anything that might bring the FA into disrepute. In a case such as this, that effectively gagged her until the two sides appear to have reached a new position last Friday.