Professional tennis has a “serious integrity problem” and should immediately ban sponsorship from betting companies and gambling on lower-level matches, a multi-million pound report has warned.

The Independent Review of Integrity in Tennis, set up in January 2016 following reports of match-fixing, also found that the sport provided a “fertile breeding ground” for corruption and accused authorities of not doing enough to heed warnings of the problem – although it did not discover any evidence of a cover-up. 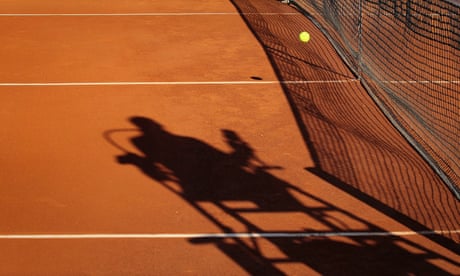 The interim review, led by Adrian Lewis QC and based on over 1000 interviews with players and officials in the game, said the biggest problems were to be found at the lower levels of the game on the Futures Tour – a fact first revealed by the Guardian early in 2016 – because prize money was so low, leaving players ripe for manipulation by gamblers. As the review pointed out, only 336 men in world tennis and 253 for women at least broke even when it came to prize money – and that was before accounting for coaching costs.

“The nature of the game lends itself to manipulation for betting purposes,” the report stated. “The player incentive structure creates a fertile breeding ground for breaches of integrity. Today, tennis faces a serious integrity problem.”

“Detection is difficult, not least because at many lower levels there are no spectators and inadequate facilities to protect players from potential corruptors,” the review added. “Moreover, under-performance is often attributed to ’tanking’ which is often tolerated.

“The player incentive structure creates a fertile breeding ground for breaches of integrity, with only the top 250 to 350 players earning enough money to break even.”

According to the report much of the problems were down to the International Tennis Federation’s decision to sign a lucrative five-year deal worth $70m with the data company Sportradar to distribute live scores from very small tournaments around the globe.

That meant the bookmakers could provide odds on those matches, particularly on the lucrative in-play market, where odds shift as the games progress – and unscrupulous gamblers had a prime opportunity which they could ruthlessly exploit.

As the report notes: “The panel has seen little empirical evidence that betting was widespread on the lowest levels of ITF tournaments before the ITF deal in 2012. The growth in coverage at the ITF level following the data deal in 2012 is clear. In 2013, the year after the first ITF-Sportradar contract, 40,000 matches at ITF Men’s Futures and Women’s 15k and 25k events were made available to the betting market. By 2016 that number had increased to over 60,000.” 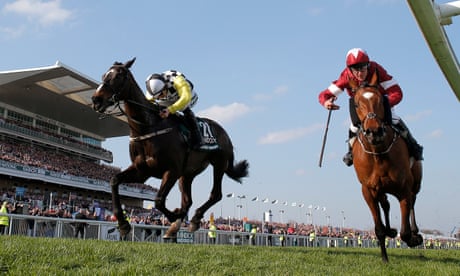 Umpires were sometimes involved too. As the Guardian reported in 2016, under the terms of the Sportradar deal, umpires are asked to immediately update the scoreboard after each point using their official IBM tablets. This score is then transmitted around the world to live-score sites and bookmakers, allowing the latter to update their prices as the match proceeds.

However, umpires deliberately delayed updating the scores for up to 60 seconds – allowing gamblers to place bets knowing what was going to happen next.

When the Guardian published its revelations one senior tennis insider told us these revelations were a “watershed moment, because this affects the heart and the soul of the game”.

The report admitted there was “no simple solution of panacea to deal with the problem now faced”. But as part of its proposals for change, the review proposed eliminating sponsorships from tennis.”Players are precluded from having such sponsorship,” it said. “The same should apply to tournaments.”

• Discontinuing the sale of official live scoring data for the lower levels of the sport.

• Banning betting markets at the lowest levels of tennis.

• Better funding and a new supervisory body for the the Tennis Integrity Unit, which is supposed to monitor corruption in the sport.

To deter misconduct and preserve evidence, the review also called for any match for which official data is sold should be live streamed and video recorded with the electronic scoreboard in the camera frame.

The sport’s governing bodies the International Tennis Federation, the Association of Tennis Professionals and the Women’s Tennis Association have all said they will implement the findings of the final report, which is scheduled to be published in the autumn.

The ITF was criticised in the report for “at times insufficient” investigations around Grand Slams and the ATP for not doing more in following up on Richard Ings’ original anti-corruption code back in 2005.