“What is the biggest fee a lower-league club has bagged from a sell-on clause?”wonders Jonathan Brown.

Due to the usually confidential and always complicated nature of transfer deals, it’s hard to be precise with a question like this, but the battle of the beneficiaries seems to be between QPR and Barnsley.

When Rangers sold Raheem Sterling to Liverpool in 2010, they made sure to include a 20% sell-on clause in addition to the initial fee of £600,000. The forward’s subsequent £49m move (£44m up front, with £5m in potential add-ons) from Anfield to Manchester City in 2015 guaranteed QPR a minimum £7.8m. 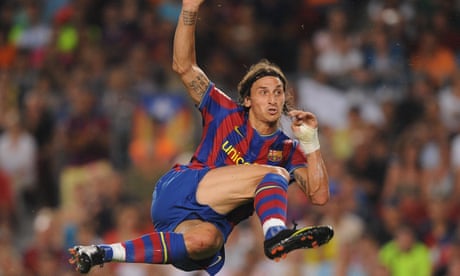 Barnsley, meanwhile, inserted a 15% sell-on clause into the deal that took John Stones to Everton in 2013. His £47.5m move to Manchester City last summer therefore bagged them around £7.1m, though there were some suggestions that the payment could rise as high as £9m.

Elsewhere, Bournemouth, who were not a top-flight club at the time, received £6.25m from Adam Lallana’s £25m move from Southampton to Liverpool in 2014, having inserted a 25% sell-on clause when he moved along the south coast at the age of 12.

Saints, on the other hand, missed out on the jackpot when Gareth Bale moved from Tottenham to Real Madrid in 2013. They had negotiated a clause – reported to be anywhere from 15% to 25% – when they sold Bale in 2007, but financial difficulties a year later forced them to waive it in exchange for around £1.5m and Spurs goalkeeper Tommy Forecast. So, when Bale headed to Spain for £86m, Southampton missed out on something approaching £20m.