The Black Stars or Black Scars? 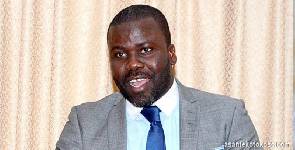 SAMUEL OSEI KUFFUOR: a member of the FIFA-Appointed Normalization Committee for Ghana Football.
NOTHING IS AS IT SEEMS TILL IT MANIFESTS; NEGLIGENCE OF CIRCUMSPECTION COULD DISPROVE PROJECTIONS, AND WINDFALLS AND PITFALLS COULD TRADE PLACES.
Last Saturday, on the Joy FM’s Sports Link, I guaranteed hosts, Egypt’s knockout of South Africa from the ongoing Afcon championship, on the strength of their performances leading up to that encounter.
It turned out to be an ambush for the Pharaohs! South Africa shred the pregame script! Thembinkosi Lorch, scored and torched Egyptian hopes, incinerating their great expectations, planting their supporters in firm layers of shock and disillusionment.
Was I shocked, that, like Benin struck a blow for the little guys, South Africa had rained on Egypt’s ‘parade’? I won’t say so but I was astounded by the sheer magnitude of that outcome! Much respect for the greatness of the tactics deployed by the Bafana Bafana head coach, Stuart Baxter, and the skilful personnel that executed it to perfection!
What a stunner!!!, I tweeted @ ekowasmahsports in the immediate aftermath, sharing the unexpected windfall of South Africa – in lieu of their predicted pitfall – with the twitterati.
If what Benin did earlier in the week, thanks to their knockout of another North African candidate tipped for glory, Morocco, was surprising, the South African conquest of Egypt definitely shook the foundations of African football.
They punched the giants of African football in the mouth, hang in the trenches in bunches defying the frenzied Egyptian late rally and eked out a famous victory worthy of nod by their more famous predecessors.
That outcome summed up the great truth that one cannot measure the will of a people by any stat, on a given day, and that any opponent could be defeated on any given day!
That summation brings me to the conclusion that the imminent Ghana-Tunisia showdown is far from conclusion.
Might it portend foreboding danger? I shudder to think that might affect my beloved Ghana, too, waiting to take on and take out another North African side, Tunisia, two days hence.
Must I consult the oracles and clairvoyants, as is being prescribed by some unrepentant traditionalists unfazed by the scientific methods of dogged high-pressing offence and efficient defensive screenings deployed by South Africa against Egypt, last Saturday?
Rather, must I set much store by the innovative improvisations of the Bafana Bafana to forewarn the Black Stars, lest they turn into the Black Scars, Tuesday?
I pick the latter. Never mind that Tunisia only managed three drawn group matches; Benin matched that stat yet knocked out Morocco which had amassed nine points from three wins to top their group.
Again, never mind that Tunisia only managed three points at the group stage; that was the case with South Africa. Yet, they upstaged Egypt who had attained a perfect record of nine points from three group stage wins, a record better than Ghana’s one win and two draws at the group stage.
So, here I go, with my recommendations for the Black Stars, to spare Ghana and all believers in her quest to be the best in Africa, again, since the last century, specifically, at the Libya finals in 1982:
Coach Akwasi Appiah and his men must not get high off their own supply of giddy celebrations, following their qualification past the group stage; they must throw out all the stats and any misconceived superiority, and show up for the showdown!
Their trot must be on the spot, their defending like fencing; their tackles must be a spectacle, their throw-ins, golden; their touches must be surpassing, their dribblings, mesmerizing; their passing must be incisive, their attackers, elusive, and their shootings, decisive.
Should all that, somehow, end up in a stalemate, the Black Stars must establish territorial integrity with automated penalty-practices, and shoot down the Carthage Eagles to prepare a sumptuous meal for a victory dinner to mark their quarter-final berth.
That is my humble expectation of the Black Stars. Now, is that too much to ask? C’est facile. N’est-ce-pas?
The Black Stars must show up for the showdown lest they turn into the Black Scars!