The wind came from all directions – Klopp 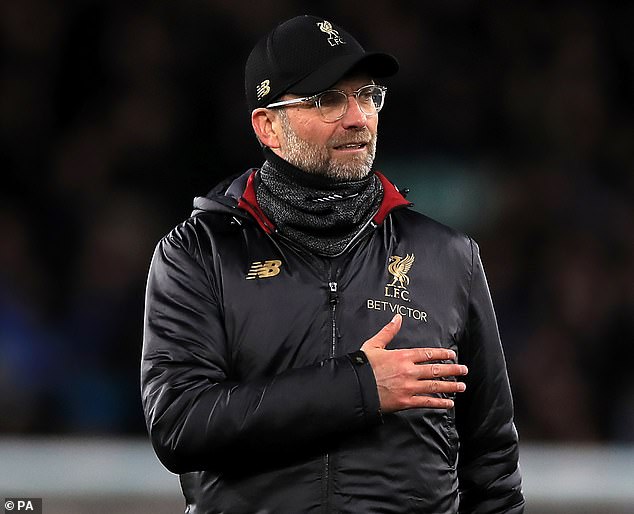 Jurgen Klopp’s Liverpool have surrendered top spot, but the German continues to believe

Jurgen Klopp blamed the wind for blowing Liverpool’s title challenge off course as they were held to a frustrating 0-0 draw at Everton.

For the second successive Sunday, Liverpool struggled for fluency and they had to settle for a point in a frenzied Merseyside derby.

It means Liverpool, for the first time since December 7, are no longer in charge of their destiny. Mo Salah and Fabinho wasted great chances.

Klopp said: ‘It was a very, very difficult game for different reasons. A wild opponent… I know people don’t like it when I say that, but the wind came from all directions. It’s not exactly what we wanted.’

By taking only a point Liverpool surrendered top spot to Manchester City, and Klopp found answers thin on the ground as the dust settled on the derby.

‘In a game which was difficult to control because of the two things I said, we had three or four big chances.

‘It’s a 0-0 in a derby, we kept our unbeaten run against Everton but it’s not exactly what we wanted, but it’s easy to accept because it’s a difficult game.’ 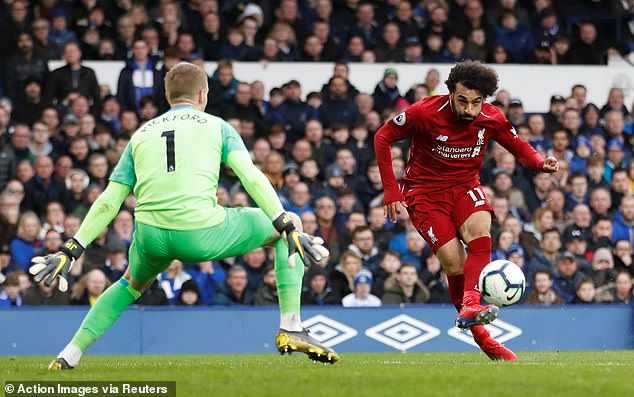 Mohamed Salah had two crucial chances at Goodison, but was unable to beat Jordan Pickford

Following their third round exit to Wolves in January, Klopp had told reporters: ‘The wind didn’t help, players struggled to control the ball.’

At the final whistle at Goodison, Klopp marched over to the Reds fans in the away end, thanking them for their support while beating the Liverpool badge on his chest.

When asked about this gesture, Klopp maintained he did not have to send any specific message to the fan base, but his love was with them.

‘I don’t think I have to send messages, my missus wasn’t in today so my heart was with our supporters. 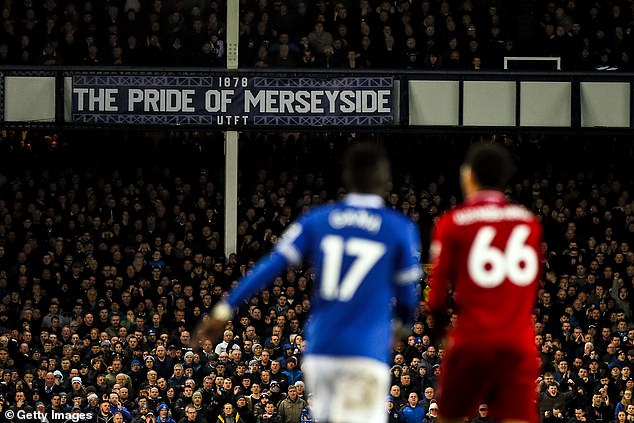 Everton gave Liverpool a stern test, but are now 19 Merseyside derby fixtures without a win

‘They were in a good mood so that’s all, we fight together, in the end we will see where it leads us to.’

City face Watford at the Etihad on Saturday afternoon, meaning the opportunity will be present for the new league leaders to go four-points clear before Liverpool next kick a ball.