This is my time – James DeGale

JAMES DeGALE is ready to light the blue touch paper for another brilliant year for British boxing by conquering Badou Jack in New York.

Road warrior DeGale, 30, can become the unified super-middleweight world champion by adding Jack’s WBC title to his own IBF crown on January 14.

It will be his FOURTH successive fight across the Atlantic. And DeGale believes he can set the standard in a massive year for the sport, with Anthony Joshua fighting Wladimir Klitschko at Wembley in April and David Haye’s grudge match with Tony Bellew in March already a sell-out.

DeGale said: “This is my time now. This meeting with Jack can be my career-defining fight.

“Unification nights don’t come along often and I aim to prove I’m No 1 in the division.

“It can be the start of a another superb year for British boxing. I don’t care what anyone says — it’s our most successful sport.

“We have 13 world champions which should get more recognition.

“There is so much talent around and we work so hard. I look at what’s coming up and it’s so exciting. 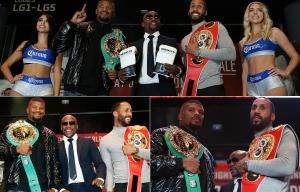 jack in the box 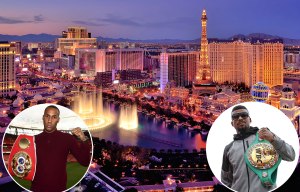 “Frampton is fantastic fighter. He had a terrific 2016 and he should be up there on the pound-for-pound best fighter lists.

“Then I’m hoping Bellew beats Haye because we are old mates who have been on Great Britain amateur teams and won ABA titles alongside each other.

“But that is a really tough fight for him. Haye is still a force at heavyweight and it is probably going to be about who lands the big one first. After that I’m taking Joshua to knock out Klitschko.

“Tyson Fury has already shown Klitschko can be beaten. In fact, Tyson is the real champ, only he vacated his belts because of his troubles.

“It’s intriguing because it’s the first mega-fight for Joshua but I really believe he’ll win by KO.”

DeGale has flown to Miami to complete preparations for the collision with US-based Swede Jack in Brooklyn.

He aims to join British greats Joe Calzaghe and Carl Froch by claiming multiple belts in the super-middle division — in which Nigel Benn, Chris Eubank and Richie Woodhall have also reigned.

DeGale is itching for a homecoming fight if he is successful against Jack after winning his IBF belt in Boston and then making successful defences against Canadian Lucien Bute in Quebec and defeating Mexican Rogelio Medina in Washington.

DeGale added: “I like the fact I’ve done it the hard way. Jack comes from good pedigree. In his last three fights, he has proven he is a quality operator.

“But this is my time. I just cannot see me losing.”