Tokyo marathon organisers have cancelled next month’s mass participation race, in which 38,000 people were due to take part, because of the coronavirus.

A senior source at the World Marathon Majors confirmed to the Guardian that the event on 1 March would now be limited to the elite field of 176 athletes and 30 wheelchair athletes.

Even at the end of last week organisers were confident that the event would go ahead – and had made plans to distribute surgical masks to runners and volunteers as part of preventive safety measures against the virus.

They had also told the 1,800 runners from China registered to race that they could defer their entry until 2021 without any penalty. 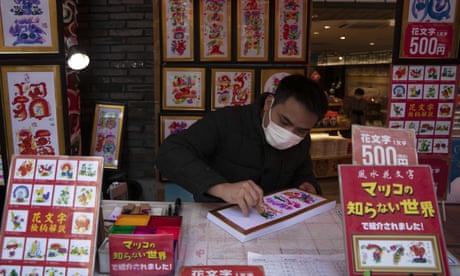 IOC insists Tokyo Olympics will go ahead despite coronavirus

However, the continuing spread of the virus meant on Monday they had little choice but to take the drastic step of limiting the race – which doubles up as an Olympic trial for Japanese marathon runners – to just over 200 participants.

The news is bound to raise more concerns about whether the virus could disrupt the Olympic Games in Tokyo, which are due to start on 24 July.

Last week senior officials at the International Olympic Committee insisted that there was no plan B to reschedule the Games.

“There’s no case for any contingency plans or cancelling the Games or moving the Games,” John Coates, the head of an IOC inspection team, insisted.

He added that the World Health Organisation had advised him that a back-up plan isn’t necessary and that the Games “remains on track”.

But other experts have warned that the coronavirus-related health risks to Japan are hard to predict.

“There is no guarantee that the outbreak will come to an end before the Olympics because we have no scientific basis to be able to say that,” Shigeru Omi, a former regional director of the WHO.

The Tokyo marathon is the biggest sporting event so far to be affected by the chronovirus.

In the past month, the World Indoor Championships, which was due to take place in Nanjing in March, was cancelled along with the Shanghai Grand Prix.

Other sporting events to have been called off or postponed in recent months due to the virus include the Hong Kong Sevens international rugby tournament, the annual Singapore Yacht Show and almost all sports in China.