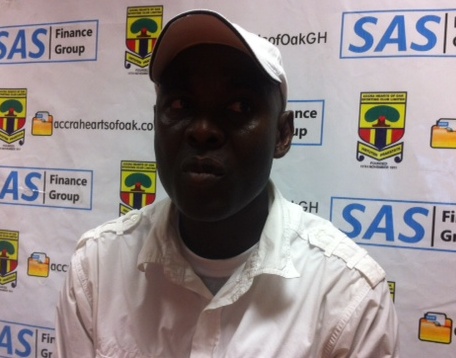 Tony Lokko has revealed he is in advanced negotiations with Hearts of Oak to become their head coach.

Lokko has been available on a free after quitting Ghana’s first-tier football league side, Berekum Chelsea, two seasons ago.

Hearts have been without a substantive coach following the departure of Japanese Kenichi Yatsuhashi.

”It’s true that I’m talking to them in regards to becoming their head coach, but I’ll not go further to say anything on it again,” Lokko told Accra-based Happy FM.

”I don’t want [to] spill where our discussion have gotten to but from the way things are going; I’ll say I’m 65-70% through with them, but I know they’re in discussion with other coaches too.”