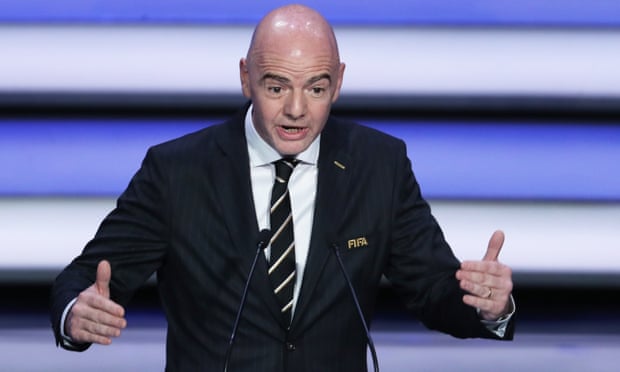 The Fifa president, Gianni Infantino, has been accused of permitting a lax approach towards match-fixing when he was Uefa general secretary during the 2010‑11 scandals within Turkish football, which still reverberate years later.

Fenerbahce won the 2011 Turkish Super League on goal difference from Trabzonspor but 36 officials and players were later convicted of match-fixing in criminal proceedings in Turkey, including the president, Aziz Yildirim, who was sentenced to six years and three months in prison.

In 2015, after Turkey under its president Recep Erdogan abolished the special courts that heard the Fenerbahce cases, Yildirim and the other defendants were acquitted of the charges in retrials.

Uefa enforced its own sanctions against Fenerbahce after 2011, banning the club from competing in the Europa League or Champions League for two seasons, a decision upheld in 2013 by the court of arbitration for sport.

That stance is maintained by Platini’s successor, Aleksander Ceferin, who has described match-fixing as “a disease that attacks football’s very core”. 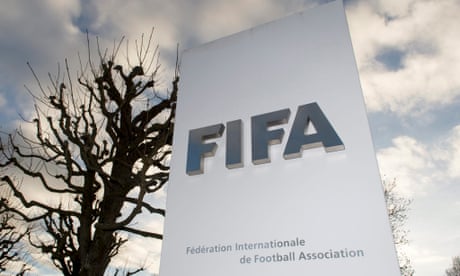 Fifa’s ethics investigator does not have skills for job, says damning report

The firmness of Infantino’s stance is under scrutiny, however, because of the approval he gave in January 2012 to the Turkish Football Federation to apply lesser sanctions than those in the TFF’s own disciplinary regulations, which would have relegated Fenerbahce.
The club were vehemently opposing that sanction and a fear was also circulating in Turkish football that TV income could be reduced if Fenerbahce were not playing in the top division.

On 19 January 2012 the TFF general secretary, Ebru Koksal, wrote to Infantino, asking if it was permitted under Uefa’s rules for the TFF to “amend” the sanctions in its own disciplinary regulations.

The TFF proposed that instead of relegating Fenerbahce, the club would be stripped of the 2011 championship, have 12 points deducted, be fined and withdrawn from European competition.

Infantino replied to Koksal the next day, 20 January 2012, reassuring her that it would not break Uefa rules for those lesser penalties to be applied.

Infantino advised: “The task of dealing with this matter is primarily the responsibility of the TFF.”

But Infantino went further than stating that regulatory position and advised Koksal that Uefa approved of these lesser sanctions for match-fixing:

“We can say, on behalf of Uefa, that taking all circumstances into account, your proposal appears to constitute a reasonable, proportionate and appropriate response to address this matter.”

The TFF chairman at the time, Mehmet Ali Aydinlar, has said publicly that this agreement from Uefa was reached to avoid the Turkish clubs losing huge money and was the result of “bargaining” with Uefa officials. Uefa held its annual congress two months later, in Istanbul.

Trabzonspor, who have pursued their grievances at Uefa and Cas, are now mounting a challenge under Fifa rules, more than six years after losing the title to Fenerbahce, who in fact were never stripped of it as envisaged by the rule changes.

Erdem Egemen, a lawyer acting for Trabzonspor, told the Guardian: “We are still disputing the TFF decision not to apply its own disciplinary rules and we are calling for Fenerbahce to be stripped of the championship, which should be awarded to Trabzonspor.

TFF violated its own regulations and the Uefa principles of fair play and zero tolerance. We cannot explain or justify Infantino’s approach or the cooperation of Uefa with this.”

A spokesman for Platini said he was unaware of the letters or that this approval had been given because Infantino “was in charge of all legal and disciplinary issues.”

In a statement, Infantino, who was elected Fifa president last year, did not directly explain why he approved the lesser sanctions or described them as “reasonable, proportionate and appropriate”.

He emphasised that he has a strong track record on combatting match-fixing, which included the banning of Fenerbahce and three other Turkish clubs from European competitions.

“At the time, Uefa was at the forefront in eradicating match-fixing with pioneering measures being put in place,” Infantino said.

“Close cooperation with police and judicial authorities were initiated and implemented throughout Europe. Finally, strong disciplinary decisions were taken … These are the facts and they are clear.”

Uefa also underlined its commitment to harsh punishments for match-fixing and threats to football’s integrity but explained that there are no standard sanctions and national football associations have their own responsibilities.

“The list of sanctions outlined by the TFF in their letter to Uefa on 19 January 2012 are in line with Uefa’s disciplinary measures relating to match-fixing. Our disciplinary measures include the deduction of points and/or relegation and/or exclusion from competition for clubs, depending on the respective facts and circumstances of each case.”

The current general secretary of the TFF, Kadir Kardas, said the actions taken following the match-fixing scandals were decided by its disciplinary committee, “which is an impartial and independent judicial body”.

Kardas said the current TFF’s view of the January 2012 exchange of letters can only be “assumption” because the acting president, Yildirim Demiroren, was elected a month afterwards.