Plans for the European Super League are in tatters tonight, with Chelsea and Manchester City preparing to split from the breakaway competition.

In Spain, Barcelona and Atletico Madrid are also reportedly distancing themselves from the project that was designed to give its founding members a permanent seat at the continent’s top table.

However, amid growing fan unrest at the proposal, reports emerged that the west London club are preparing to step away from the plot concocted by the 12 European clubs. City have since confirmed that they plan to walk away.

A short statement released by the club read: ‘Manchester City Football Club can confirm that it has formally enacted the procedures to withdraw from the group developing plans for a European Super League.’

It followed the revelation that Manchester United chief executive Ed Woodward had resigned  from his role. United were one of the main drivers behind the Super League concept.

It’s understood that Woodward was planning to go at the end of the year – and will stay in his role until then – but the announcement has been brought forward. The club confirmed the news following the closing of the New York stock exchange on Tuesday night.

Arsene Wenger ‘not surprised’ by collapse of Super League 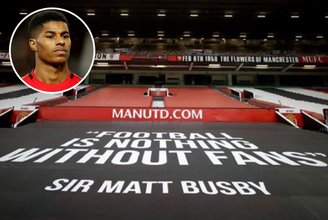 Chelsea owner Roman Abramovich is understood to have driven the decision, having listened to fan protests and opted to withdraw from the new European league plans.

Abramovich’s motivations are thought never to have been about money, and the Blues are now understood to be preparing documents to withdraw formally from the competition.

Stamford Bridge chiefs were only thought to have signed up as a founder member of the Super League in order not to be left behind by the rogue breakaway.

But after resounding condemnation from across the political and sporting spectrum, Chelsea appear to have now decided to pull out of the competition – less than 48 hours after it was announced.

‘We feel it stands against everything we know as football. It would be wrong to create something where there is no threat of relegation and you want the chance to compete to play in Europe.

‘If we are in a place where it is stopping, that is fantastic news. Sometimes a fan can be thought of as a consumer and we are in danger if that is the case.’

Chelsea fans congregated outside Stamford Bridge on Tuesday night ahead of their Premier League game against Brighton to protest against the breakaway league.

Blues fans unfurled banners criticising the club for their decision to join the controversial Super League and called on Abramovich to ‘do the right thing’.

Scores of fans chanted, let off blue smoke bombs and marched around the west London ground, with police attempting to control the crowds.

Potter added: ‘Credit to the fans for making their case, and the quicker we get back to playing for points the better. We were a little bit delayed but the supporters are the most important thing.’

Sportsmail understands that Chelsea had set the wheels in motion to withdraw earlier today, and that their decision to leave was not a response to the mass protests outside the ground.

Chelsea’s technical and performance director, Petr Cech, visibly shocked by the protests, went out to speak to some of the fans. Cech was reported as responding to fans, saying: ‘Give everybody time.’

The former Chelsea goalkeeper was also seen urging supporters to allow the team bus through the crowds and to the ground.

Chelsea fans sit down to protest against Super League in

The news comes after Sportsmail’s Oliver Holt first reported on Monday night that two unnamed Premier League clubs were beginning to get cold feet over the plans to form a breakaway league, such was the extent of the backlash from fans and pundits.

City boss Pep Guardiola revealed concern over the new competition on Tuesday, insisting that it ‘is not sport’ in response to the protection afforded to the 12 clubs plus three newcomers from relegation.

‘It is not fair when one team fight, fight, fight at the top and cannot be qualified because it is just for a few teams.

‘The right people have the obligation, the duty, to clarify as soon as possible, clarify all around the world why these teams play and the others not. Ajax – with four Champions Leagues – why they are not there?

‘Everyone makes (decisions for their) own interest. The Premier League looks at his interest, UEFA looks at his. To arrive in that point, Uefa have failed. They have to communicate and be in touch before.’

A number of Manchester City players appeared to signal their opposition to the European Super League by retweeting a post from the club’s official account quoting Guardiola‘s views.

Aymeric Laporte, Benjamin Mendy, Raheem Sterling and Riyad Mahrez were among the City stars who retweeted and liked the post, though the retweets were later deleted from their accounts.

On Tuesday evening, midfielder Kevin De Bruyne put out his own post on social media attacking the proposals.

‘This man comes man comes out a little town out of Belgium dreaming of playing at the highest stage possible. I represented the Belgium, German and English league. And also proudly represented my country,’ De Bruyne wrote on his Twitter page.

He continued: ‘I have worked and competed against everybody trying to win the ultimate. But the most important word in this is COMPETING.

‘With all events that have been happening the last few days maybe this is the good moment for everybody to come together and try and work for a solution.

‘We know this is a big business and I know I am a part of this business. But still I am a little boy who just loves to play football. It’s not about a certain entity in this case, it’s about the football over the whole world. Let’s keep inspiring the next generation of footballers and keep the fans dreaming.’

However, Perez’s counterpart Joan Laporta, president of Barcelona, said that his club would not join until it was approved by their fans.

‘Barcelona will not join the Super League until our fans vote for it. It’s their club, so it’s their decision,’ Laporta said via Transfer News Live.

Perez had claimed that all twelve clubs have signed contracts to join the league that would ‘save football’, with UEFA president Aleksander Ceferin left aghast by the scheme to dramatically change the football landscape forever.

Manchester United chief Ed Woodward has become the first victim of the collapsed European Super League after he dramatically left his job on Tuesday night.

Woodward was a key figure in the fiercely controversial plans for the new breakaway league, with his links to US investment bank JP Morgan helping to secure the £4.3billion in financing.

But after Manchester City and Chelsea’s shock decision to pull out of the ESL, the plans began to crumble and Woodward swiftly left the role he has held for eight years.

United cannot confirm the news until the close of trading on the New York Stock Exchange later on Tuesday night, but they have not denied that he has gone.

There are suggestions that Woodward was planning to step down at the end of the year but it has been brought forward because of the possibility of leaks.

However, it is hard to get away from the fact that Woodward’s departure comes so soon after his part in one of the most controversial and despised moves in the history of football.

United talisman Bruno Fernandes was the first player representing a Super League club to speak out against the plot on Monday, saying ‘dreams can’t be bought’ on social media.

Sportsmail also reported that some members of Ole Gunnar Solskjaer’s squad were angered after they found out about the breakaway European Super League – and their own employer’s central role in it – via the media on Sunday.

Insiders have disclosed that some also felt Solskjaer was thrown under the bus when left to face questions from Sky after the story had broken during their 3-1 victory over Burnley on Sunday.

They made their feelings known and the executive vice chairman delivered a briefing via Zoom to explain the club’s position at their training base.

Sources say the reception among many of the squad was ‘lukewarm at best’.

Woodward, who recently moved to London from Manchester, is said to have told the squad they were acting in the club’s best interests.

‘Some of the players were seriously unimpressed,’ a source explained. ‘Not only that they were left to find out by the media about what had happened but that their manager was left to face the press when the owners had concocted this.