Tyson-Buster: what a day down memory lane!

TWENTY-SEVEN years ago to the day, yesterday, boxing witnessed one of its biggest shocks ever.

The destructive force that was Mike Tyson, who had won all 37 fights, most of them by knockout, and defending the WBC, WBA and IBF heavyweight titles against James “Buster” Douglas was seen as routine enough.

But on February 11, 1990 at the Tokyo Dome in Japan, heavyweight boxing was rocked to the core, as was Tyson, when he was knocked out in the 10th round.

Most bookmakers in the US refused to take bets on the fight, claiming it was over even before the boxers entered the ring.

The only one that did in Las Vegas was the Mirage Casino, giving odds of 42/1 for Buster Douglas to win.

And although he did triumph, there won’t have been many big winners on the night.

Douglas controlled the fight from the off, and up until the eighth he was in with a chance of upsetting those huge odds.

But then Tyson delivered a huge right uppercut in round eight that sent Douglas down.

The outsider got up – just – on the count of nine, and for most in the arena, it was simply a matter of time.

But Douglas had not read the script. He was fired on by a burning desire to put “bully” Tyson in his place as well as fighting in memory of his mother, who had died the previous month.

Tyson was wobbled in the ninth as Douglas got his second wind, and by the tenth, it was all over. 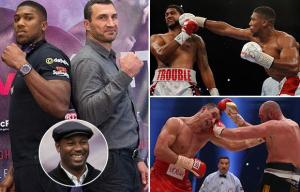 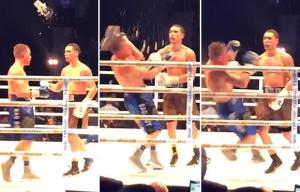 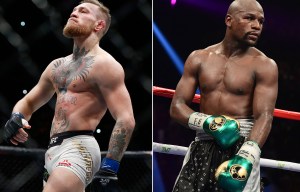 Will Conor McGregor fight Floyd Mayweather, how much money would be at play and who would win? 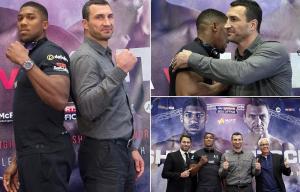 Despite being heavyweight king for 12 years, Wladimir Klitschko admits his bout with Anthony Joshua in front of a record 90,000 fans at Wembley is his biggest fight ever 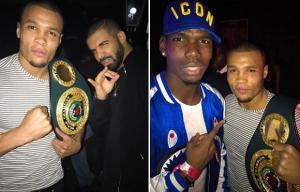 David Haye prepares for Tony Bellew fight with sparring, basketball and drinks in the Jacuzzi on £27m Skyfall mega-yacht in Miami 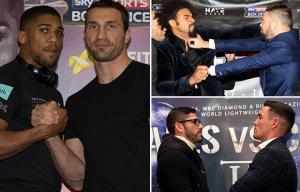 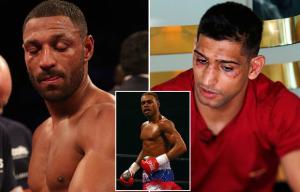 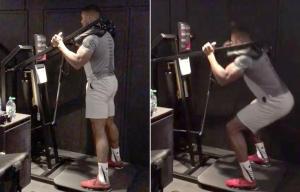 Douglas landed a sweet uppercut that rocked Tyson, followed by a powerful combination that put the Brooklyn beast firmly on the back foot.

One hard left followed, and Tyson was on the canvas for the first time in his career.

Iron Mike attempted to get up, after spitting out his mouthpiece, but his legs were like jelly, and referee Octavio Meyran waved the fight off.

Although the result shocked the world, it seemingly didn’t surprise Tyson himself, who admitted distractions outside the ropes were taking over his life.

Writing in his autobiography, Undisputed Truth, the now film and TV star says:  “I didn’t want to fight; all I was interested in then was partying and women.

“I didn’t consider Buster Douglas much of a challenge. I didn’t even bother watching any of his fights on video. I had easily beaten everybody who had knocked him out.

“I didn’t train at all for the fight. My trainer, Anthony Pitts, would get up early in the morning and run with my sparring partner, Greg Page. But I didn’t feel like it. Anthony would tell me that he’d see Buster out there, digging in with his army boots on, snotsicles hanging off his nose, getting in his run.

“When I hit the canvas, my mouthpiece came out and as the ref was counting, I was trying to stumble to my feet and grab the mouthpiece at the same time. I was operating on pure instinct. I was totally out of it.

“The ref hugged me after he counted to ten. I walked back to my corner totally dazed. I was chewing on my mouthpiece but I didn’t even know what it was.”

Although Tyson went on to win his next eight fights, this shock defeat gave a clue as to the demons he would go on to battle outside the ring for the duration of his career.